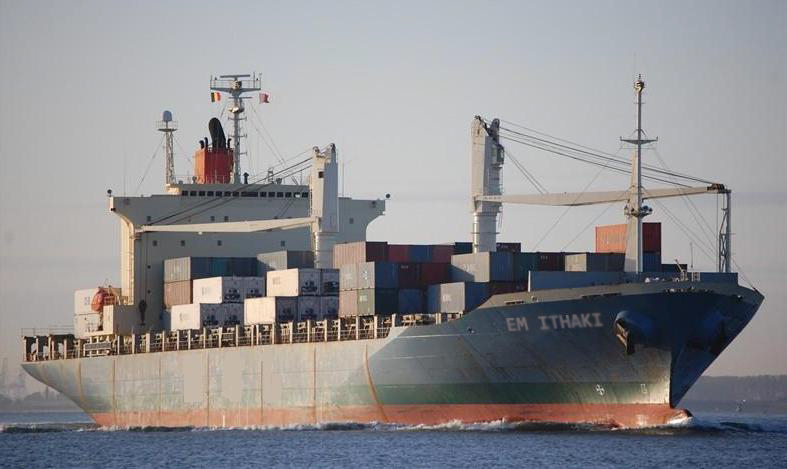 The Container ship Em Ithaki tied up at Fairview Cove this morning. Built in 1991, she is owned and managed by Eurobulk of Greece, and came of a Long term charter as MOL Volta between 2001 and 2012. She is rated at 2135 TEU so is quite low in capacity.

She is likely just filling in for a few trips while the regular ACL Vessel is being Maintained. 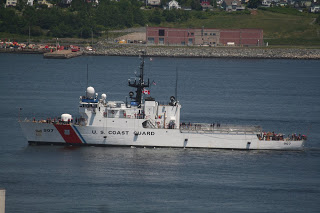 The US Coast Guard Cutter Escanaba Arrived in Halifax this morning and tied up at the Navy dockyard. 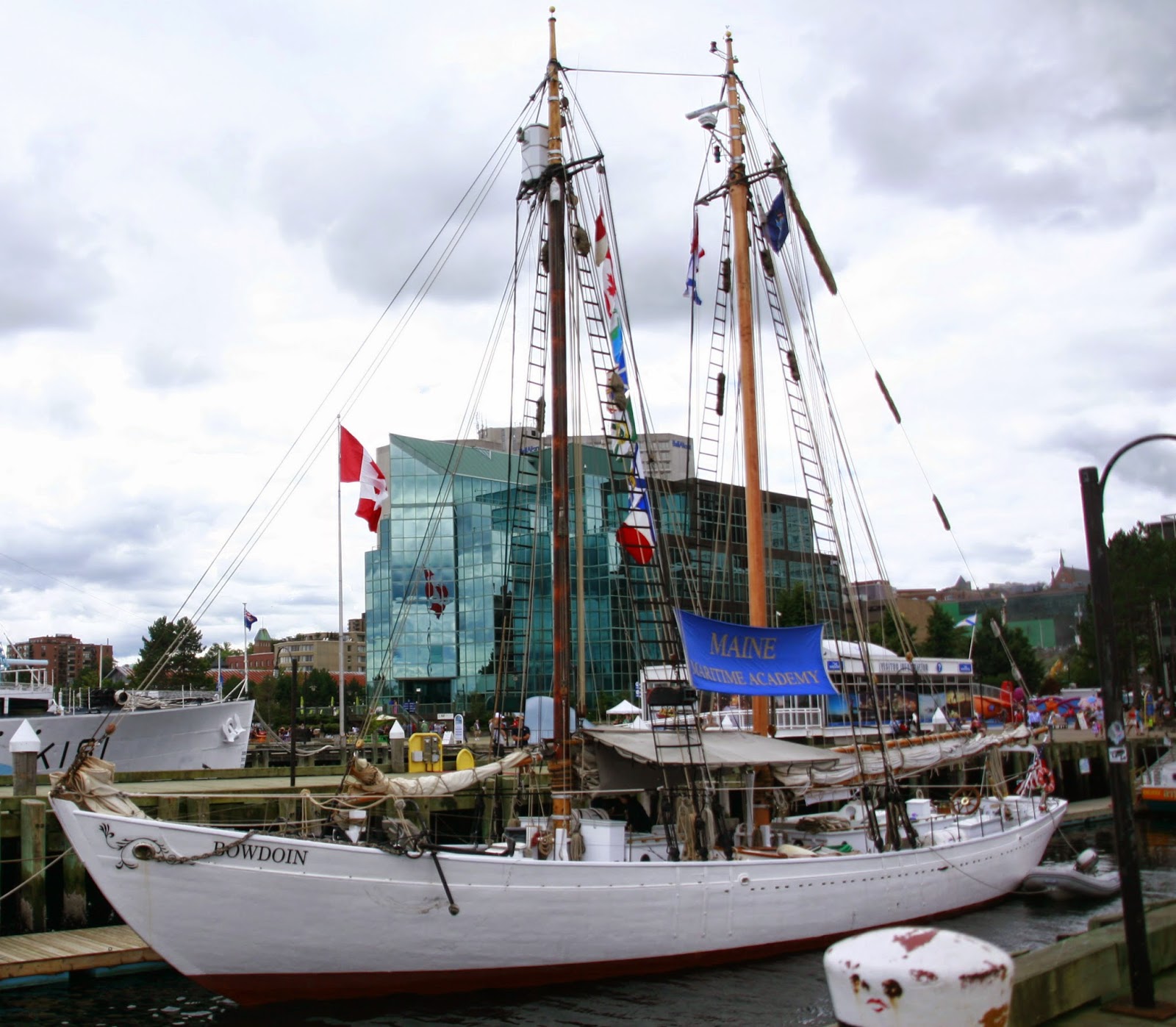 The Bowdoin is the official Sailing ship of the State of Maine, and seems to make an annual stop in Halifax in August.
See posts from August  2013, 2012, 2011 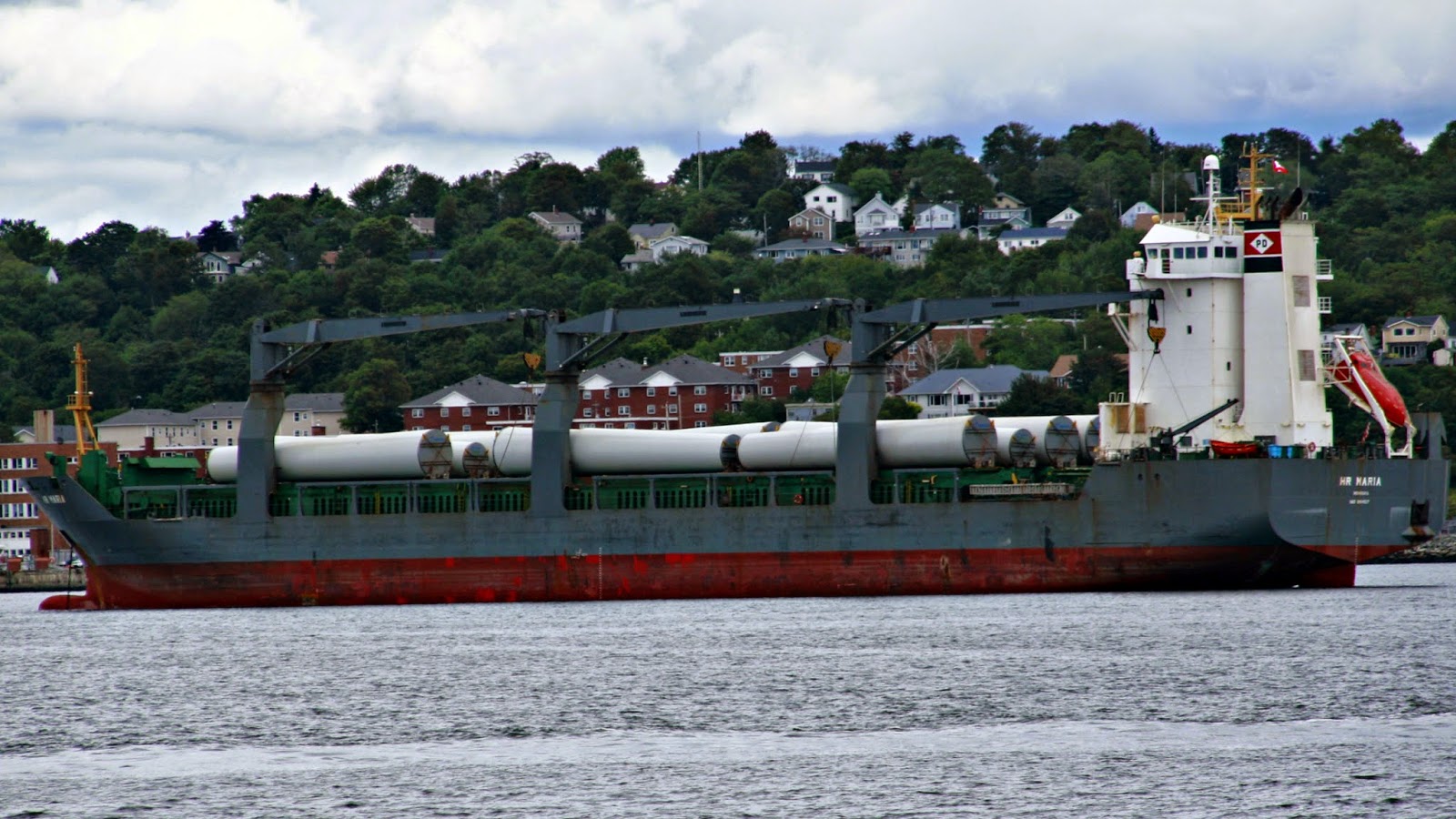 HR Maria loaded with what appear to be wind turbine tower segments. She anchored earlier, having arrived from Port Said. She is on her way to Muskegon in Lake Michigan.

Edit: For the Hanks Truck Forum visitors, Halifax is the closest Full service canadian port before heading inland to the lakes. Ships will stop here and take on Supplies.  Turbines have been both imported and Exported from Halifax – there is one wind project where the turbines were unloaded in sheet harbour, and another where the turbines came via railcar, were unloaded at the port, and trucked to the final destination.
See http://heavyequip.tumblr.com/post/94483435244/i-see-your-18wheeler-and-raise-you-a-26-wheeler

The Province of Nova Scotia Today issued a tender for the construction of a new 18 car Ferry to run on Grand passage, which is the run between Long island and Brier Island at the end of Digby Neck.

The Route is Currently served by the Joe Casey, Built by AF Theriault in 1995. the Digby neck is also severed by the 2003 Halifax shipyard built Petit Princess, which runs between the mainland and long island. (See those boats here)

Its unclear what the plan for the Joe Cassey is, however she will likely take the place of one of the older ferries in the Provincial highways fleet. its worth noting that the design calls for dual Voith Drives – like the Halifax Harbour ferries use, and unlike the Z drive arrangement used on the current boats.

you can grab the tender documents, Which include a full drawing set at:http://novascotia.ca/tenders/tenders/tender-details.aspx?id=60146868 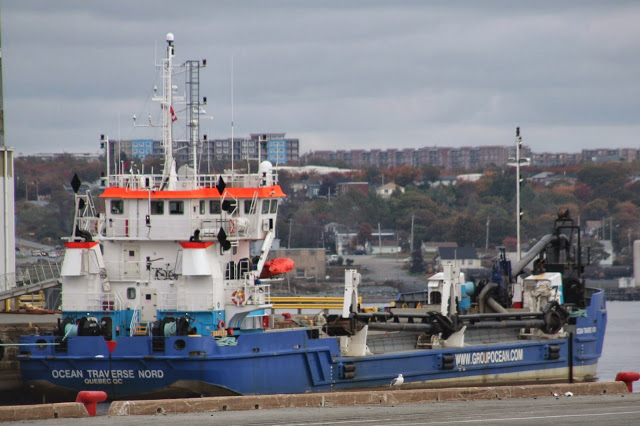 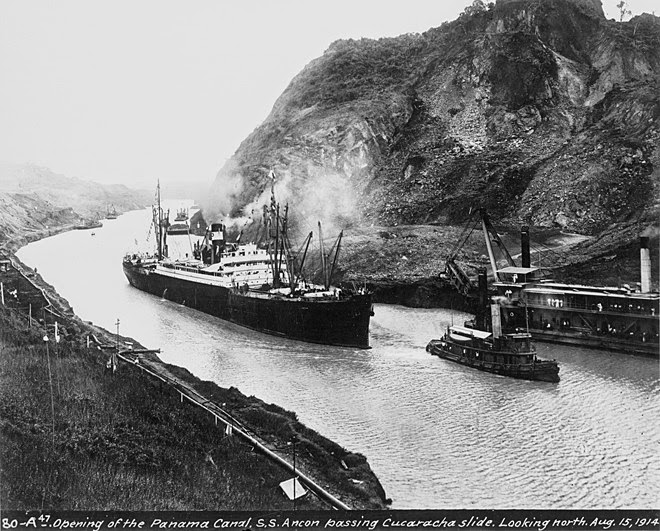 100 years ago today, the SS Ancon was the first vessel to transit the canal. The panama canal was started by the french, who were emboldened by their success building the Suez canal. Panama was very different, and they ran out of money long before they finished digging. The Americans bought the whole operation for pennies on the dollar, adjusted their plans, killed mosquitos, and 100 years ago today succeeded.

David McCullough offers an excellent history of the canal in his book the Path Between The Seas: The Creation of the Panama Canal, 1870-1914

– its arranged in 3 parts – the french attempt, the American attempt, and the political dealings in between. Its a good read, and i highly recomend it. 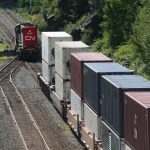 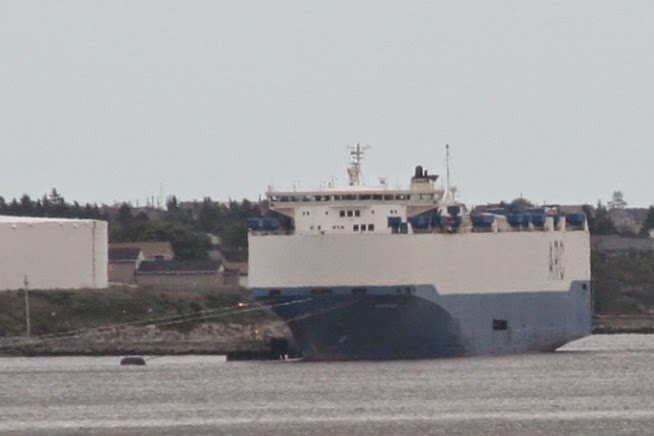 Arrived this morning from Fawley. She will likely head to New York next. 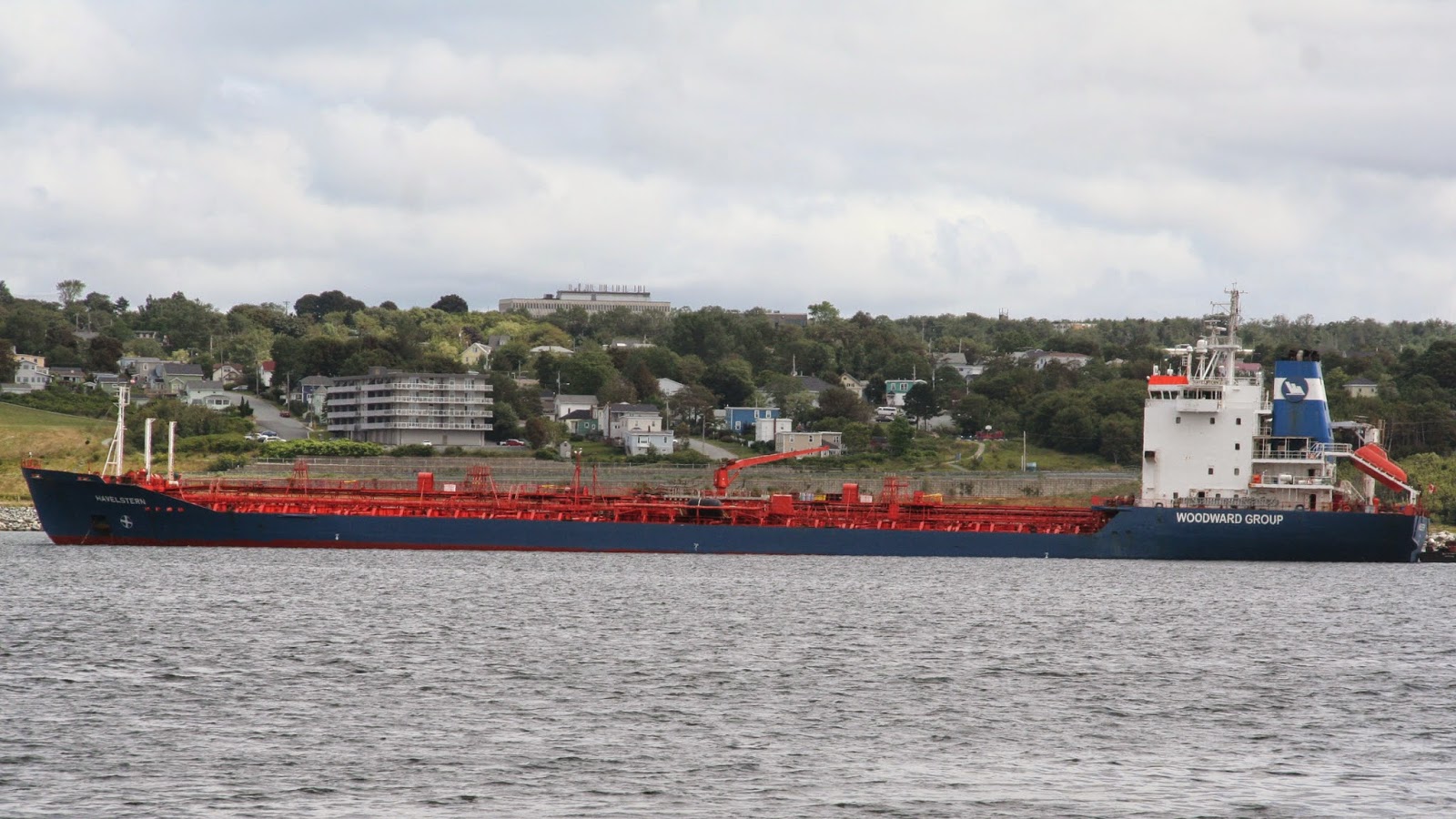 Woodward tanker At anchor. Loaded, She took on bunkers this morning.