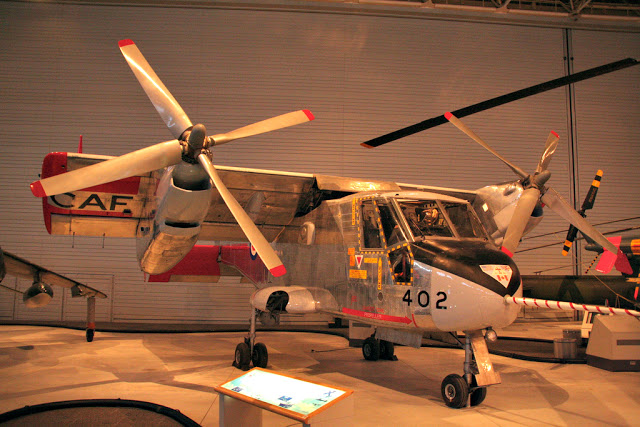 Foggy weather leads to grainy photos – The Tug Atlantic Coast tied on the hip to the Barge Penn 410.
Both are at anchor right now, they will move to the Imperial Oil this evening. 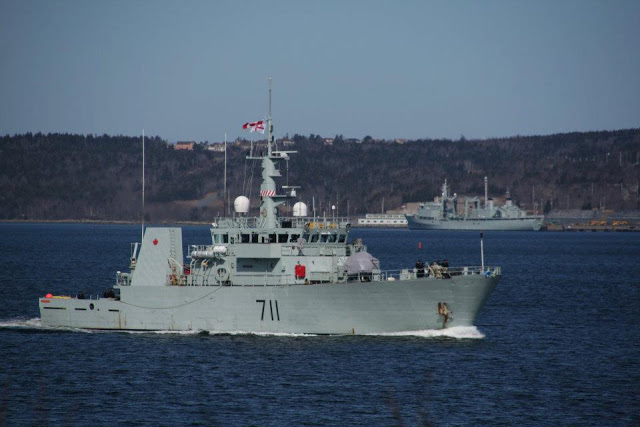 HMCS Summerside departed today from Halifax, N.S. for Canada’s arctic, where she will be joined later in August by HMCS Shawinigan. This deployment is a part of a 39-day mission north of the 60th parallel, marking the Royal Canadian Navy’s (RCN) longest uninterrupted arctic naval presence in recent years.

“The deployment of maritime coastal defence vessels in Canada’s northern waters serves as an example of how our Navy demonstrates sovereignty in the North and, when authorized, assist other government departments in enforcing national and international law,” said Vice Admiral Mark Norman, Commander of the RCN. “The experience will also help us prepare the stage for more extensive operations in the ice, to be conducted in the future by our Arctic and Offshore Patrol Ships, by ironing out some of the logistical and operating challenges generated by the sheer distances, remoteness, and generally harsher environmental conditions in the North.” 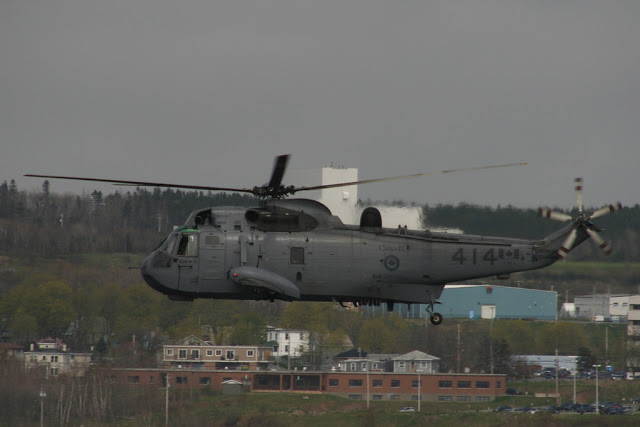 This coming weekend marks the 50th Anniversary of the Canadian Sea King Helicopter. The First Airframe was Delivered in 1963. over the years, there have been electronics improvements, and the fleet was re-engined with new gearboxes in the early 90’s.

On Thursday at noon, there will be a Ceremony with flypast at grand parade. For More information on the Events, See http://www.seaking50.ca 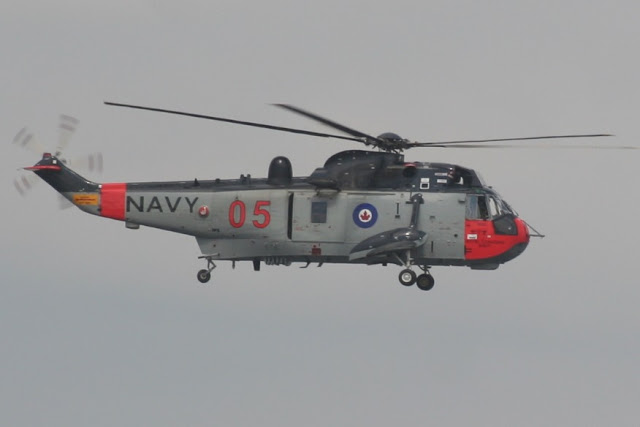 So given ADS-B dongle, Plus a collection of Aviation Photos, I thought it time for another blog.
It will be sporadic, But i hope you enjoy. 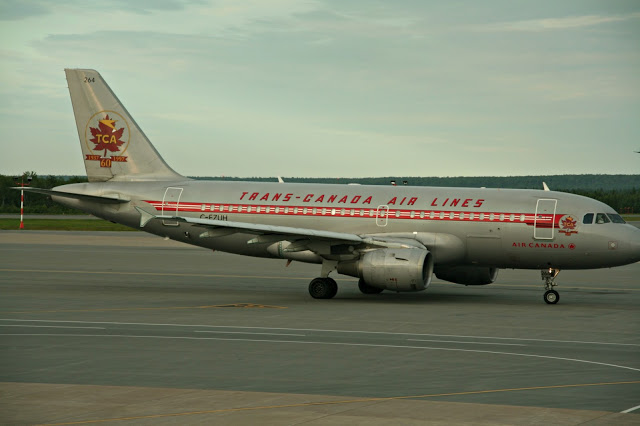 A-319 Painted as a Trans Canada Airlines Craft, to mark the 60th anniversary of the Airline.
Spotted in Halifax on July 12 2013 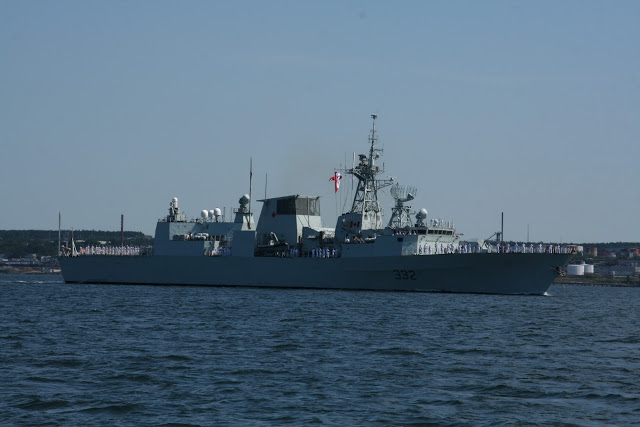 During the deployment, the Halifax-class frigate and her crew of approximately 220 personnel will work with the U.S. Navy, the U.S. Coast Guard and other regional partners to locate and track vessels of interest.

The trafficking of illicit narcotics is a significant source of revenue for organized crime and a growing threat to global security. Operation Caribbe is one of the many activities that the Government of Canada and the Canadian Armed Forces (CAF) undertake as part of Canada’s broad focus and ongoing engagement in the Americas and the Caribbean.

This annual operation directly supports the CAF’s mission to defend against threats and security challenges to Canada and North America. The CAF has deployed a periodic rotation of warships as well as CP-140 Aurora aircraft from both East and West Coasts since 2006 to ensure continuous support to this operation. 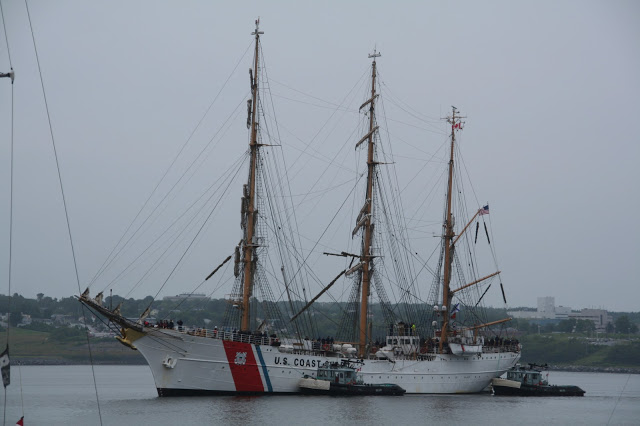 USCGC Eagle, The US Coast Guards Tall ship is Here for a Visit. She will Tie up at the Cable wharf, And will be open for tours. 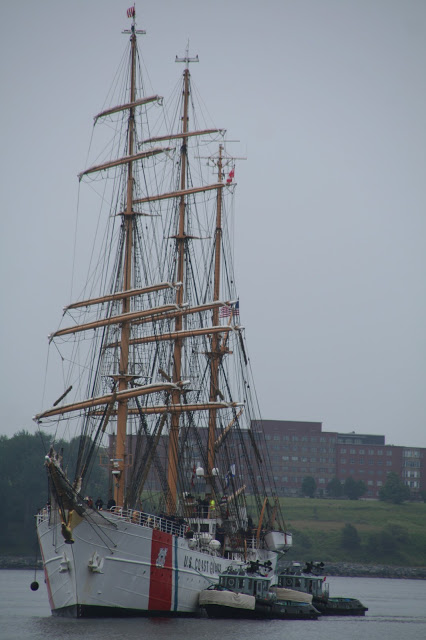 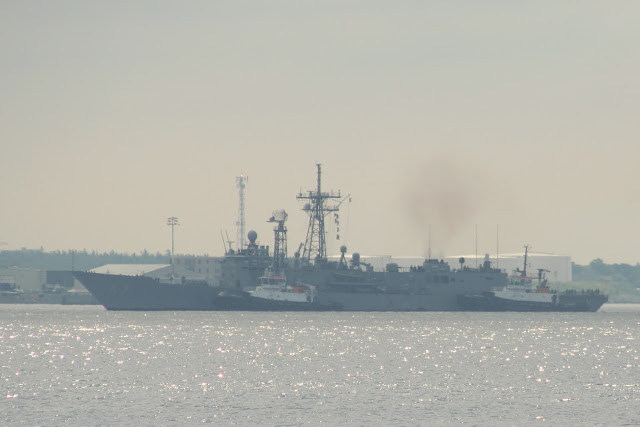 USS Nicholas (FFG-47)Put in to port today and headed right for the Oil dock at Imperial Oil for bunkers. this will be a short trip, she is shcheduled to depart later this afternoon.

USS Nicholas is a Oliver Hazard  Perry Class Frigate, and was commisioned in 1983, and is named for Major Samuel Nicholas, the first commanding officer of the United States Marines. She is returning home from a deployment in the Medeterainian.

Halifax Airport tweeted that a Russian Tupolev154 will be landing around 4 pm at Halifax Stanfield Airport. This Flight was previously Announced by a  DND Press release, though its landing here was not mentioned.

If you happen to be by the Airport, I’d love to See photos. (Above photo from Trentonian.ca)

The Release:
A Russian Federation aircraft will conduct aerial observation flights over Canada under the Treaty on Open Skies during the period July 17 to 19, 2013.

The unarmed Tupolev TU-154M aircraft, which arrived at 8 Wing Trenton today, will be accorded Russia’s legal right of unimpeded observation overflight of Canadian territory, in fulfillment of Canada’s obligations as a State Party to the Treaty on Open Skies. Using an array of onboard sensors, the aircraft can observe and verify objects of interest or concern, such as military sites, industrial centres, communications facilities and transportation hubs.

The Treaty on Open Skies, which entered into force on January 1, 2002, is a legally-binding accord that promotes increased confidence and transparency amongst its 34 States Parties. As Treaty co-depository with Hungary, Canada has exercised its Treaty rights by conducting observation flights over the Russian Federation, Belarus, Georgia, Ukraine and Bosnia and Herzegovina.

This marks the ninth time a foreign State Party will have conducted an observation flight mission in Canada, the first having taken place in September 2004. Canadian military escorts and technical specialists will be aboard the Russian aircraft throughout the mission to ensure safety, security and compliance by monitoring imaging systems and strict adherence to the agreed observation flight route and profile.

Canada is a signatory to several security treaties, including those dedicated to the elimination, reduction or control of weapons of mass destruction, conventional armaments and equipment, and associated military forces. The Treaty on Open Skies is one example of how Canada exercises its commitment to reducing the threat of armed conflict by increasing trust and confidence though greater openness and transparency amongst states.