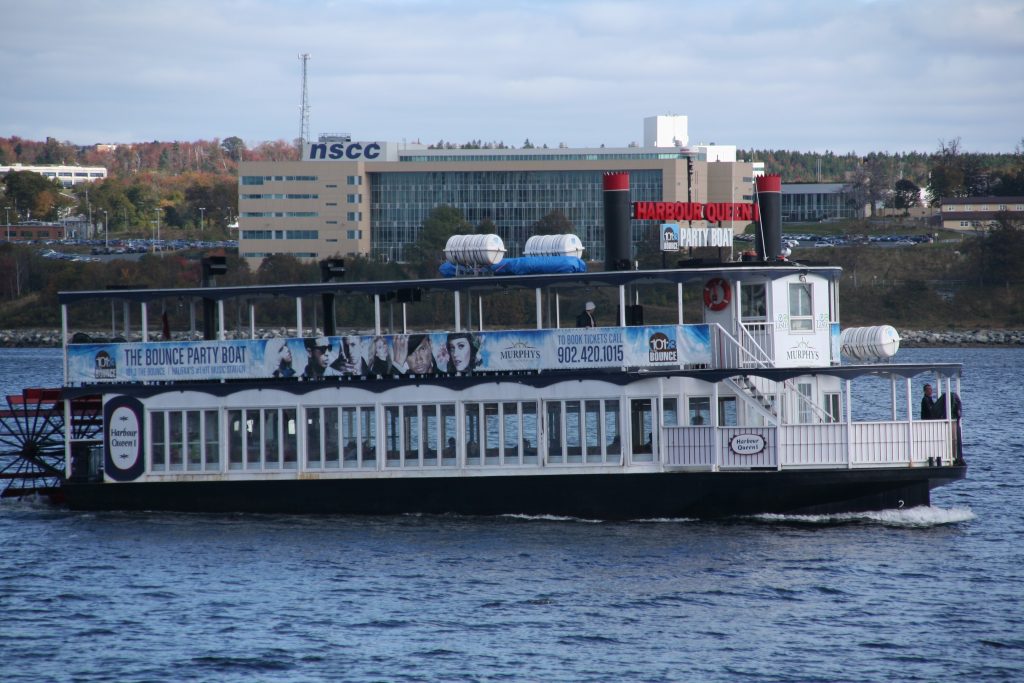 The Halifax tour boat  Harbour Queen 1 appears to have run into trouble around 8:30pm tonight. the vessel was attended to by Atlantic Oak, Halifax Tugger, and the Coast guard. Passengers were evacuated to the Peggys Cove Express and the vessel was reported secure along side the cable wharf by Halifax Tugger just after 9pm.

I have no additional details – will update when i learn more.

The story so far is that the harbour Queen Lost power and dropped anchor. She began  dragging the anchor. Peggy’s Cove Express Evacuated the 32 passengers off the harbour queen before she drifted on the rocks. Halifax Tugger and Atlantic oak then pulled her off the rocks and returned her to the cable wharf.