1.Herald
this week in the Herald, I talk about the quiet end to Maersk lines short lived MMX Service, Congestion problems in the uk caused in part by software, the shelved merger of Horizon Maritime and their new ship, plus some other updates. 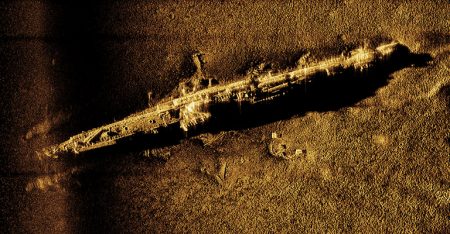 Kracken Robotics, produced imagery of 2 sunken submarines and a ship off Rhode Island to bolster work for their protection.

4.North Korea’s hidden Ships
from the Wall Street Journal – how North Korea uses a fleet of ships to fund the regime. 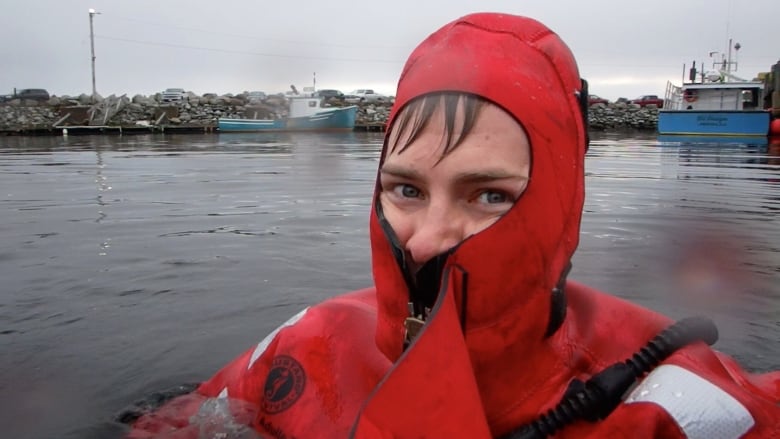 1.cats getting in the way.

A survey report for the 1853 brig Seneca, built at Prince Edward Island. Where are the animals? Take a closer look! Pawprints and stains (they are what you think) show at some point a mischievous cat walked across the report! #exploreyourarchive #AnimalArchives #ProjectUndaunted pic.twitter.com/50MO8mmION

Nov 27, 1770 – Horatio Nelson entered the Royal Navy as a midshipman in HMS Raisonnable.

Nov 22, 1957 – the first ship passes through the Iroquois Lock at Cornwall, as the new St Lawrence Seaway opens for traffic 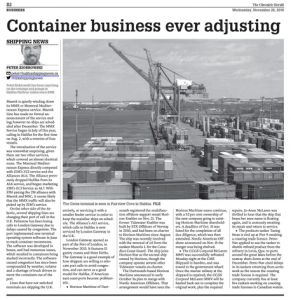 this week in the Herald, I talk about the quiet end to Maersk lines short lived MMX Service, Congestion problems in the uk caused in part by software, the shelved merger of Horizon Maritime and their new ship, plus some other updates. 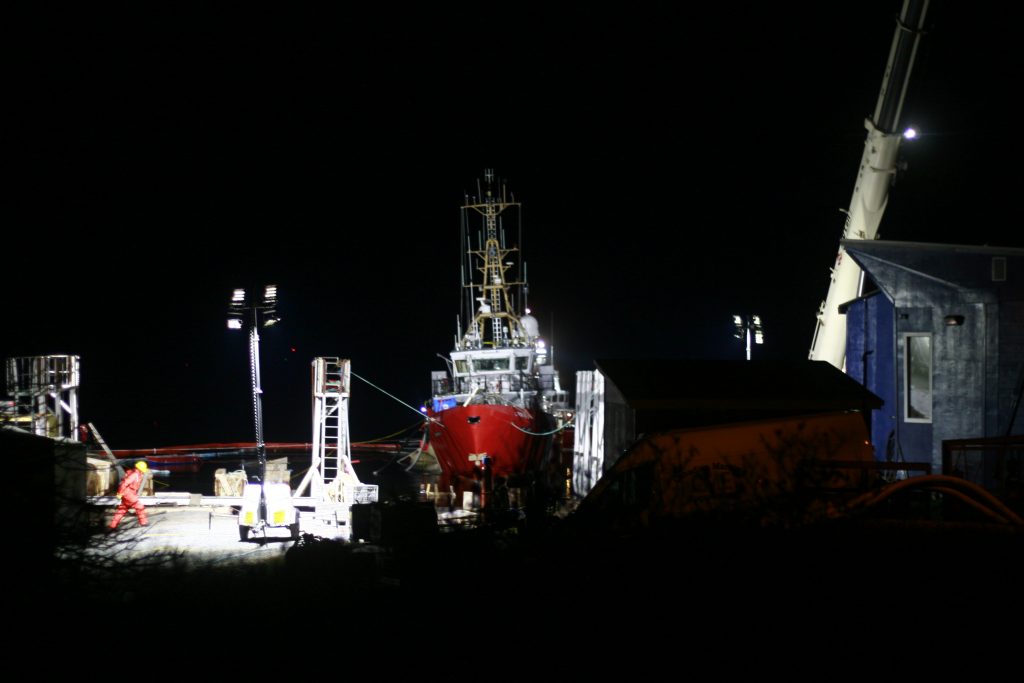 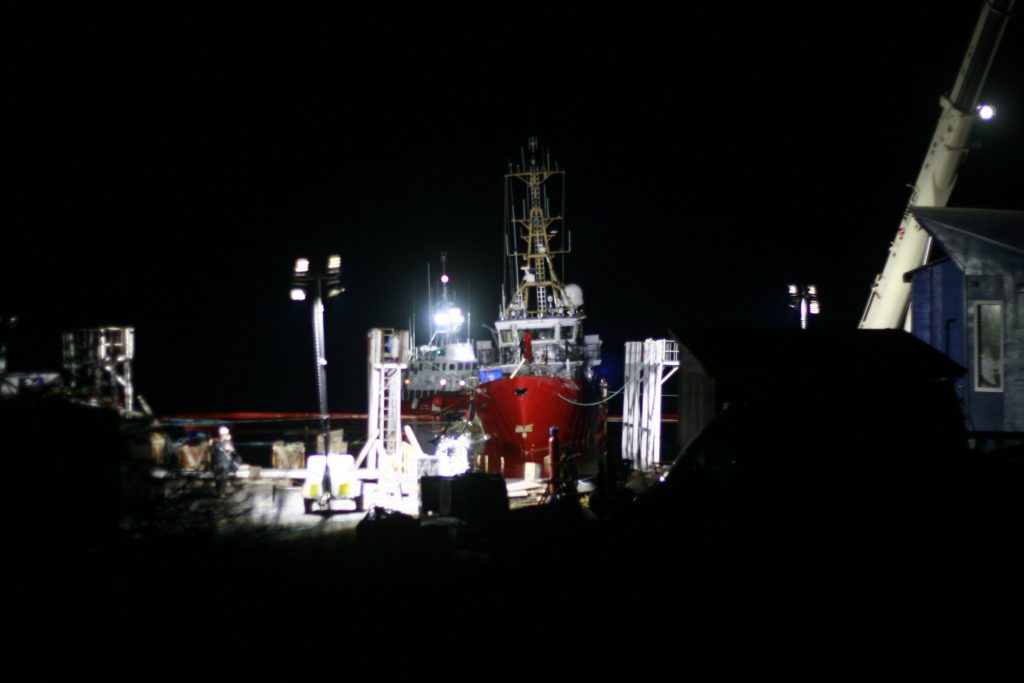 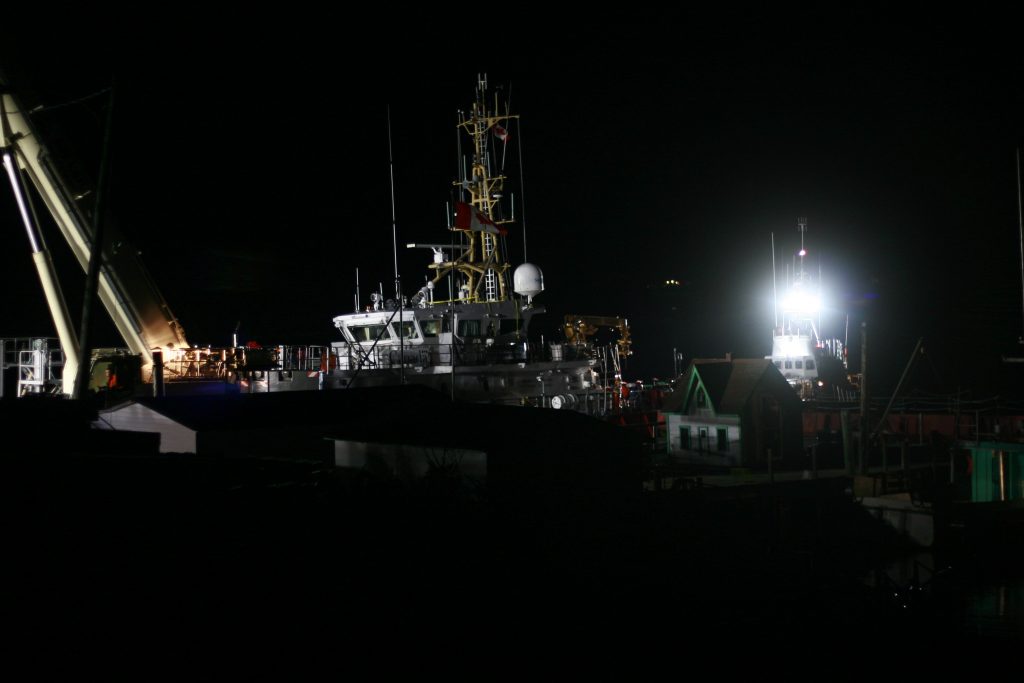 it was a bad weekend for train operations in Nova Scotia. 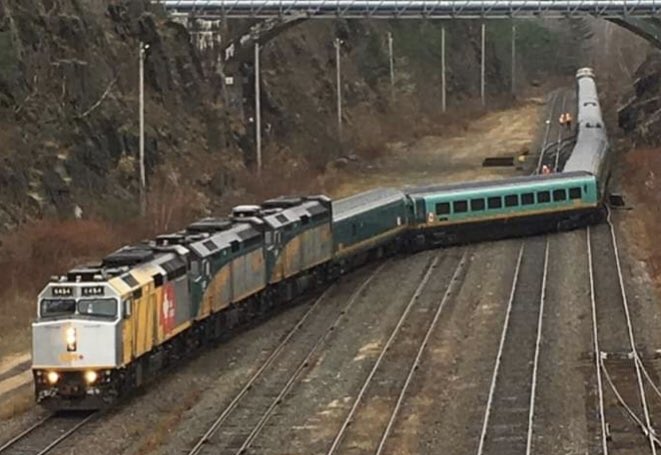 Sunday, the VIA rail train that arrived on Saturday was being turned around, when it derailed. the train was unoccupied at the time, and the equipment was removed Sunday night. As this incident blocked all access to Halterm, its possible some delyas in container movements happened. 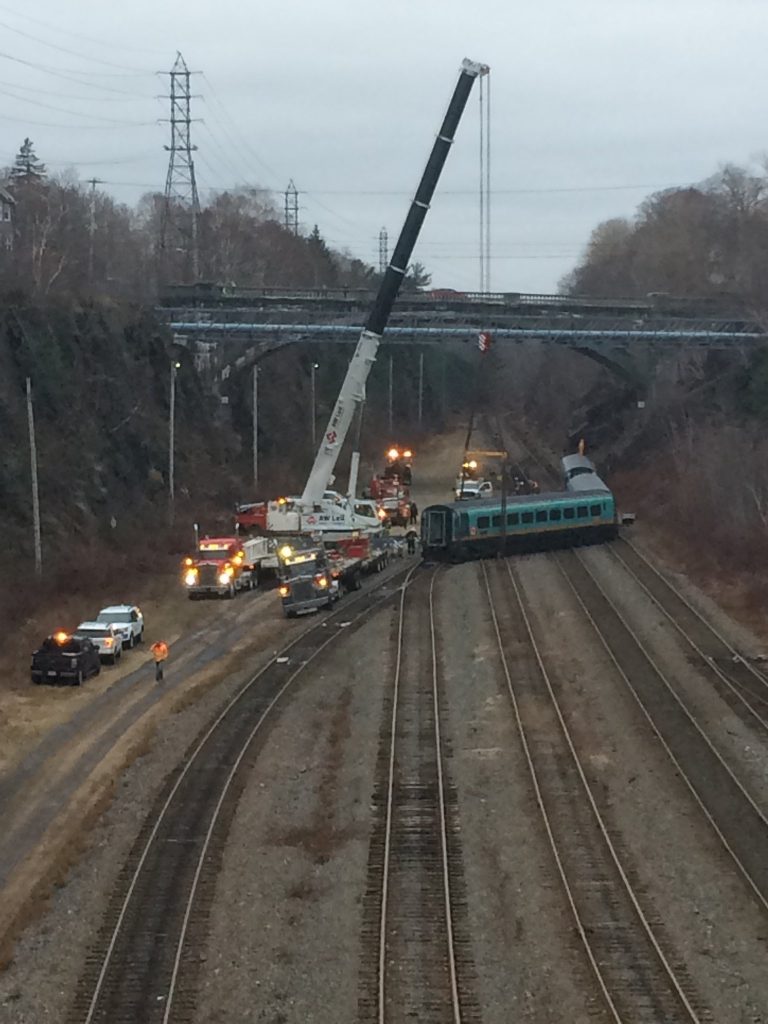 Friday afternoon, a Via Employee was stepping off train 15 (the Halifax to Montreal Ocean)  as it slowly pulled into the station at Truro when he got caught, fell and was struck by the train. a 63 year old man was taken to Hospital in Halifax , with serious injuries.

An earlier news report said he had a severed leg. though the veracity of that is unknown.

this week in the Herald, I talk about the act of Piracy that put the CCGS Corporal McLaren MMV in the water, and the effect this has had on the ships namesakes family.

3. Northern Pulp.
the survey boat has left, after local fisherman blocked it from surveying. I’m hearing there may be a request for a court injunction to block the fisherman from blocking the boat. The proper solution is for northern pulp to move to a closed loop system, where they don’t dump crap in the fishing grounds – or at least do a proper environmental assessment.

4.Biggest Oil Spill ever.
the Leak from the Searose FPSO off newfoundland is now the biggest oil spill in NF history. It appears the oil has dissipated on its own.

5.Missing Sub Found
the missing Argentinian Navy Submarine was found last week, a year and a day after it went missing. The Sub was found by a US firm, crushed in 800m of water.

6.Ship in Trouble
A bulk carrier sailing from Port Cartier PQ ran into trouble, and sailed for the US. she has since set back off for Europe.

1. where the RCN is
This map is produced by Stephen Watkins, who tracks navy ships with publicly available information. He blogs about it at vesselofIntrest.com. you can read about his map in this blog post. 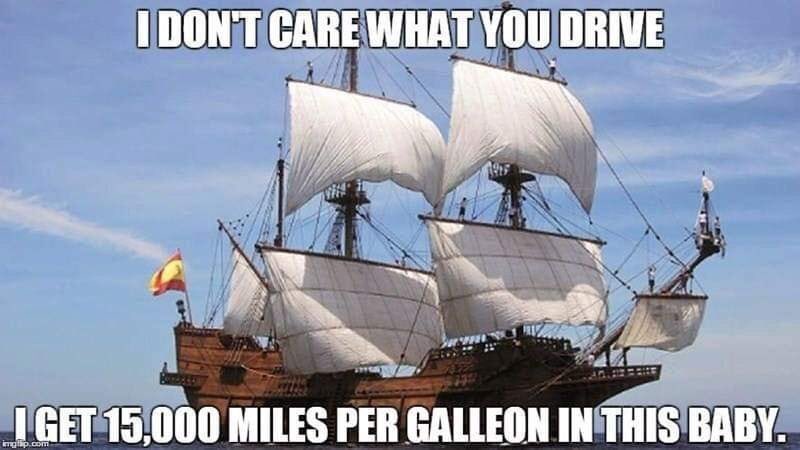 Nov 21, 1787 – Sir Samuel Cunard was born in Halifax. He is credited with creating scheduled trans-atlantic passenger service with steam ships.

Nov 21, 1954 – HMCS Labrador becomes the first vessel to circumnavigate north america traveling west via the northwest passge, and east via the panama canal. 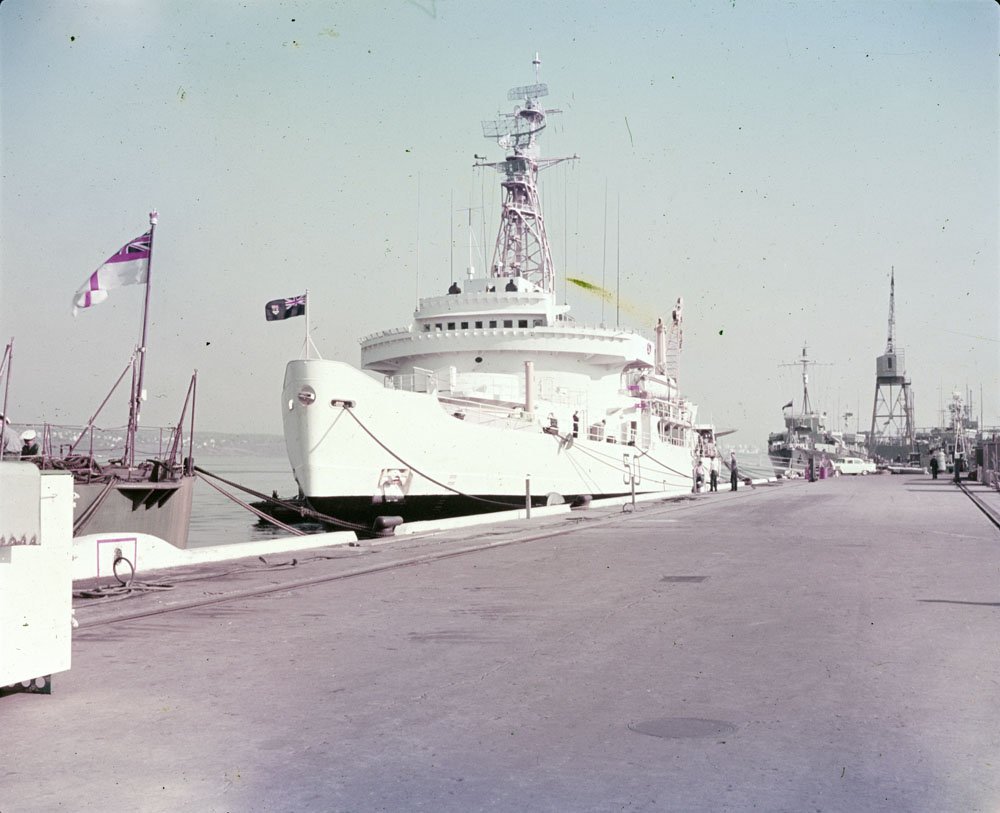 Nov 20, 1969 – CSS Hudson sailed from halifax on her circumnavigation of both North and South America.

Nov 16th 1857 – PO WIlliam Hall becomes the first Nova Scotian, first black person, and third Canadian to be awarded the Victoria Cross for his actions at Lucknow. He was serving abord HMS Shannon at the time. 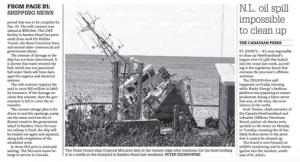 this week in the Herald, I talk about the act of Piracy that put the CCGS Corporal McLearn MMV in the water, and the effect this has had on the ships namesakes family.

The CME Shipyard has lax security. The yard appears to have cameras, but isn’t surrounded by fence. Given the timelines, it appears the yard did not have a security guard on site 24/7 despite being required too by the statement of work issued by the government.  CME said that the ship was fine at midnight, but was in the water at the next check. We don’t know the time of that check, however the police stated in a release they received the call at 9:05am. 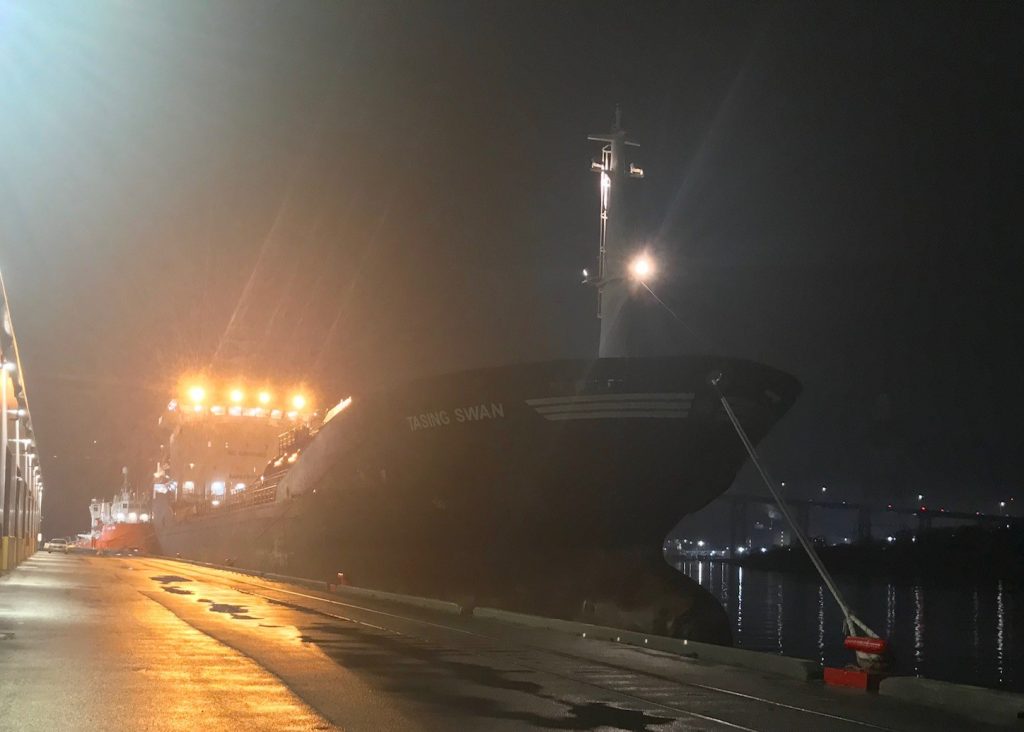 The products tanker Tasing Swan arrived at pier 9 yesterday. Today a coasting trade application was filed by Petro-Nav to use the tanker to shuttle refined product from the refinery in Levis to ports around the great lakes before the seaway shuts down at the end of December.

Given the volume of product being carried domestically by foreign flagged ships, Canadian fleet expansion should be in order. 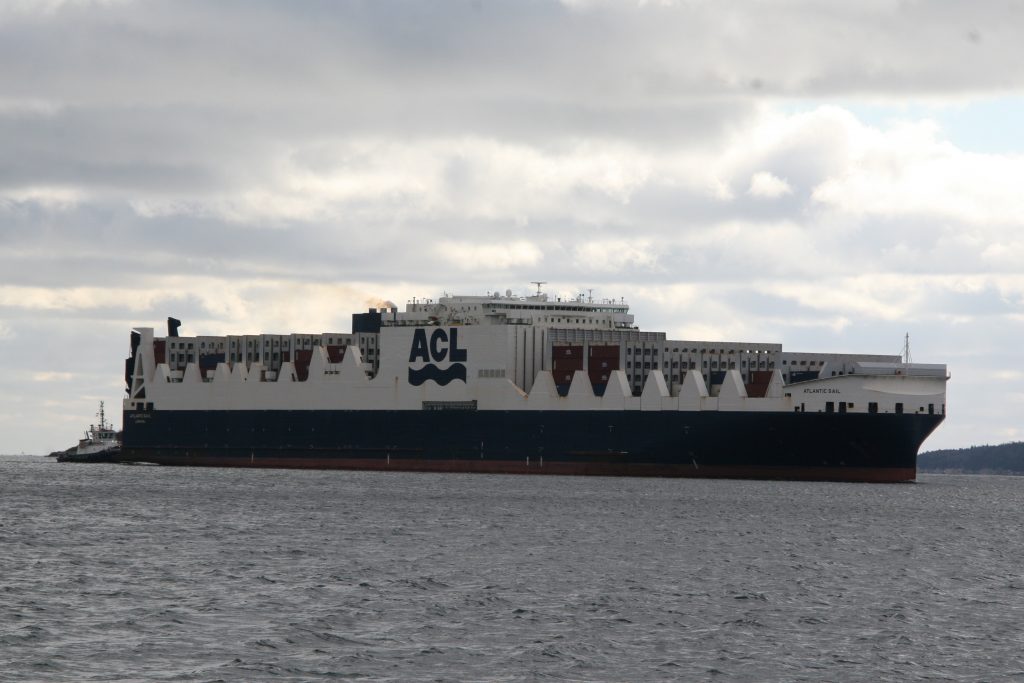 (Above)Atlantic Sail inbound at the ferry track Saturday morning. (Below) Catharine Schulte for Melfi lines, and the tanker Jinan at anchor in the basin, waiting on weather. both ships sailed early afternoon. 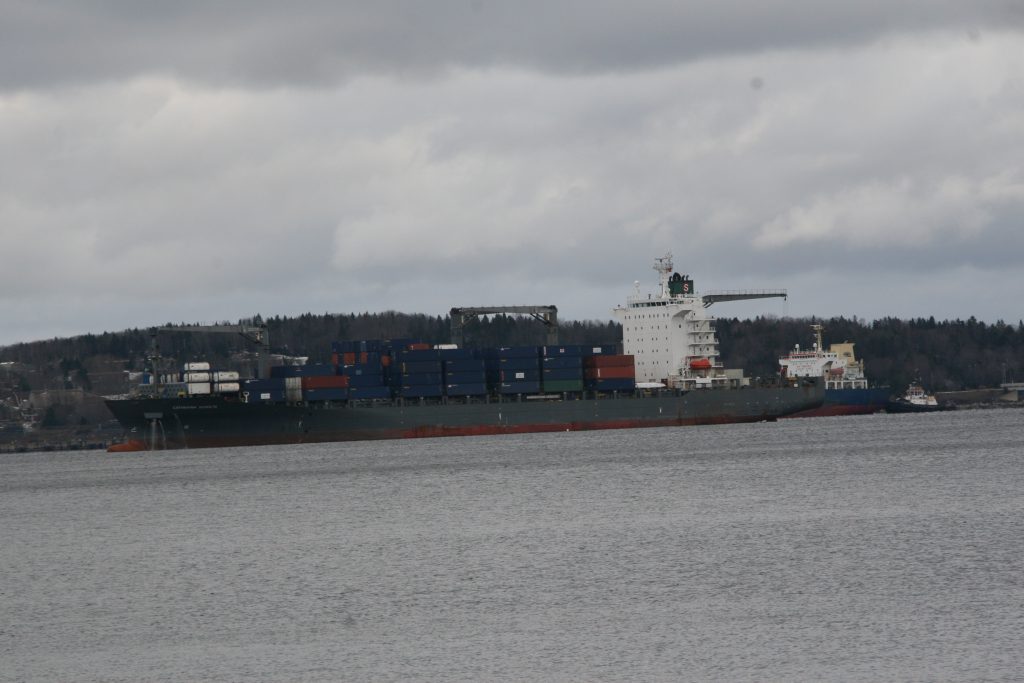 Nor’easter (below) also sailed, after waiting 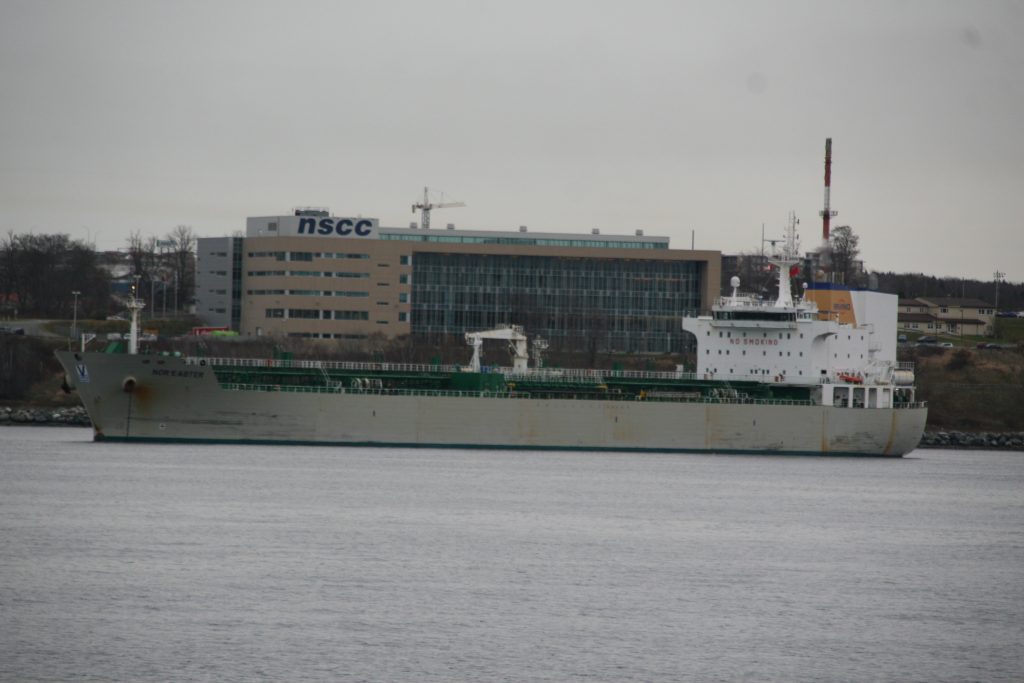 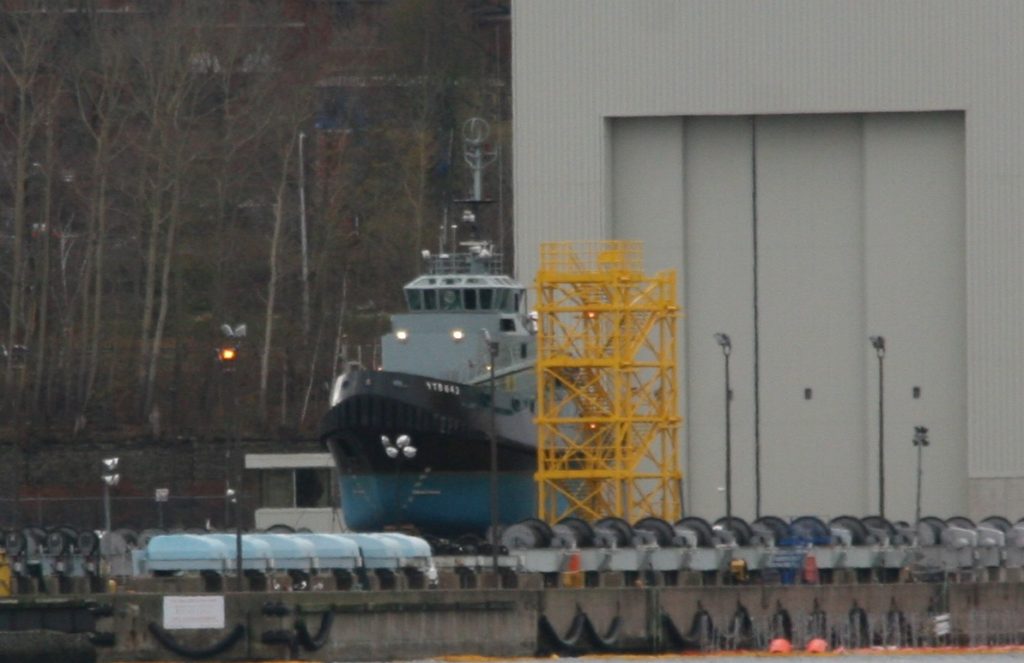 navy tug CFAV Glenbrook (YTB 643) spotted on the synchrolift at the dockyard over the weekend. 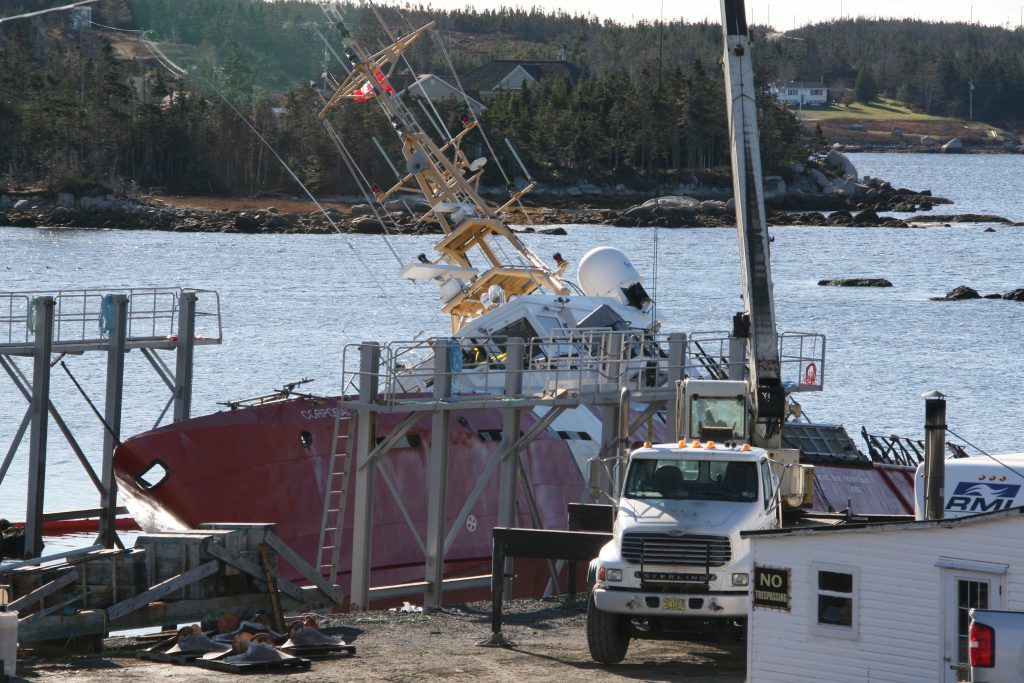 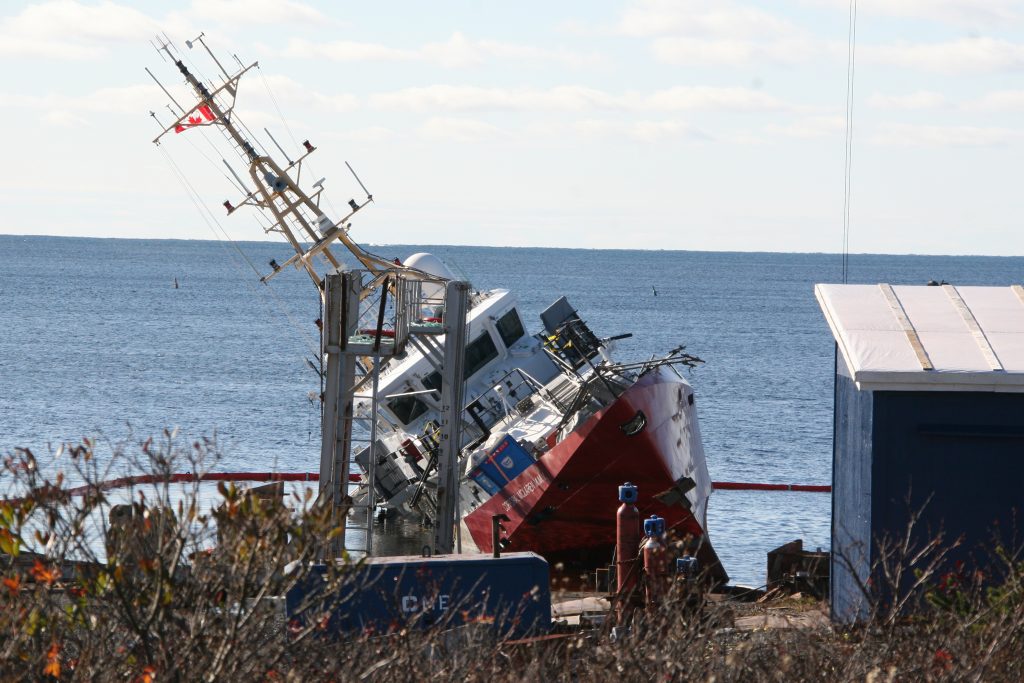 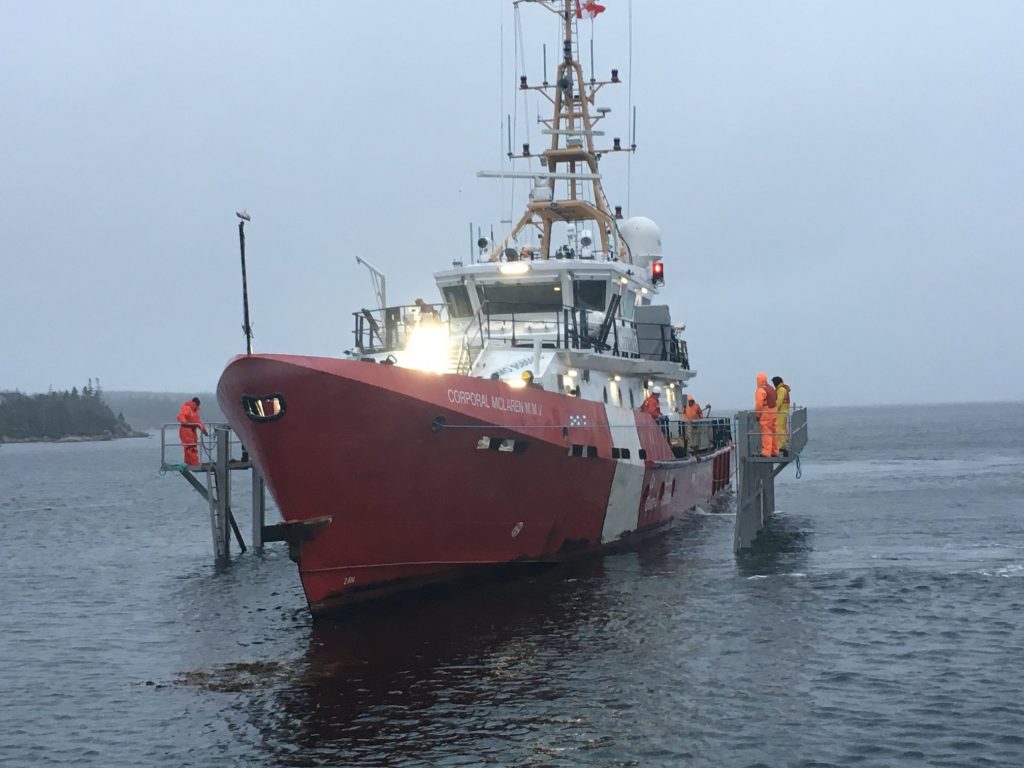 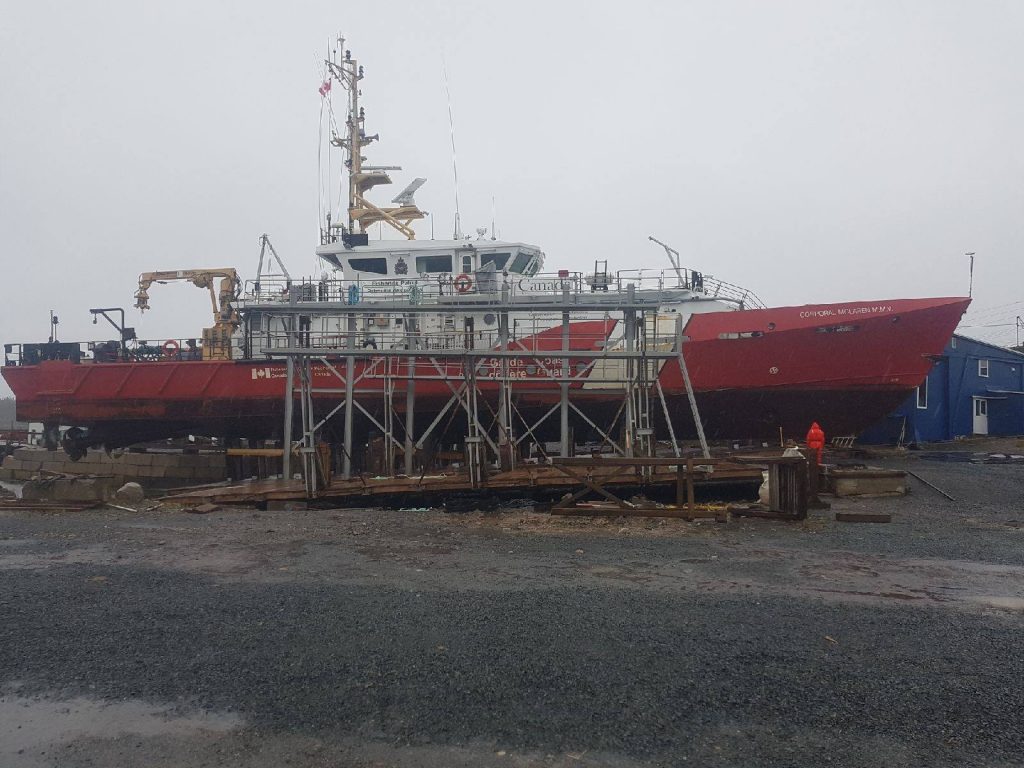 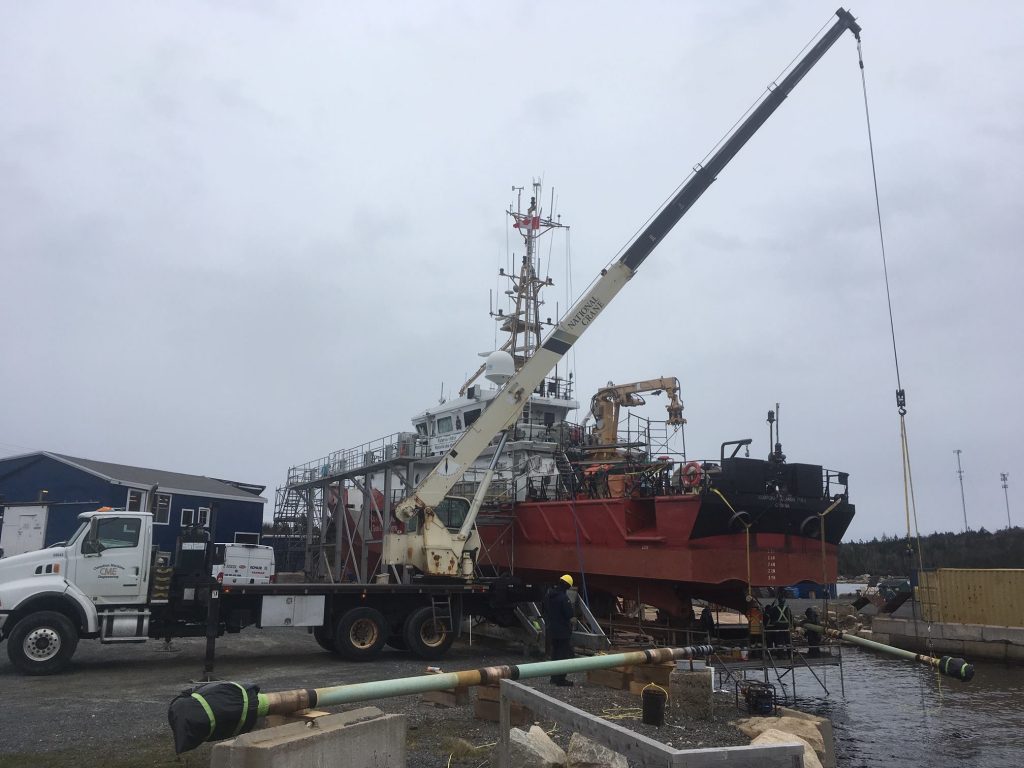