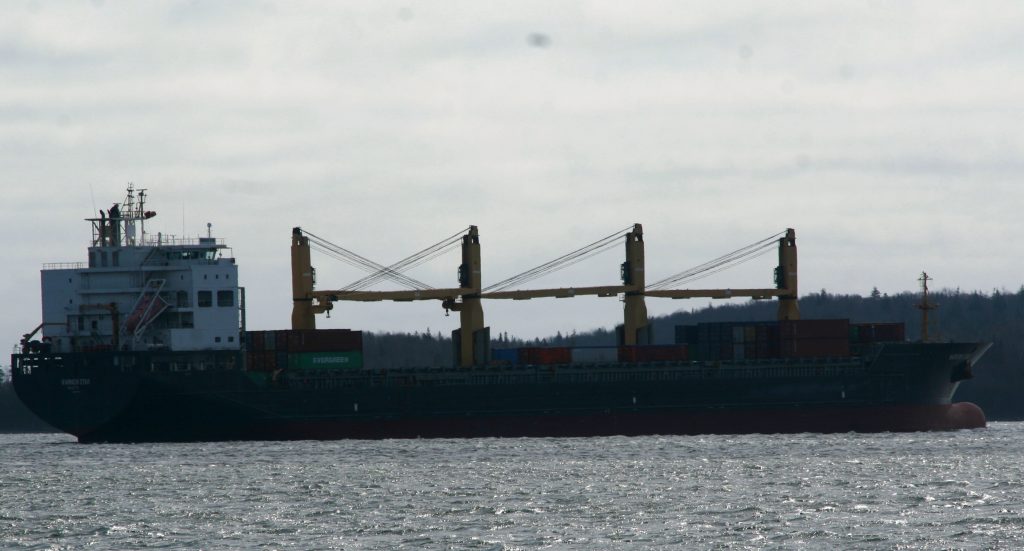 The Warnow Star  Arrived late Friday afternoon from Antwerp, tied up at Fairview cove, and worked Saturday morning, before sailing for Houston.

Built in 2010, the ship is owned and managed by german firms, but is chartered to the Russian Atlantic RO-RO.

The Bulker JS Missouri put in for Bunkers over the weekend. High Out of the water, she was clearly unloaded at the time.

Built in 2013, She was headed from the Netherlands to Baltimore, then sailed for Halifax, and after bunkering, sailed for Baie Comeau PQ to Load. 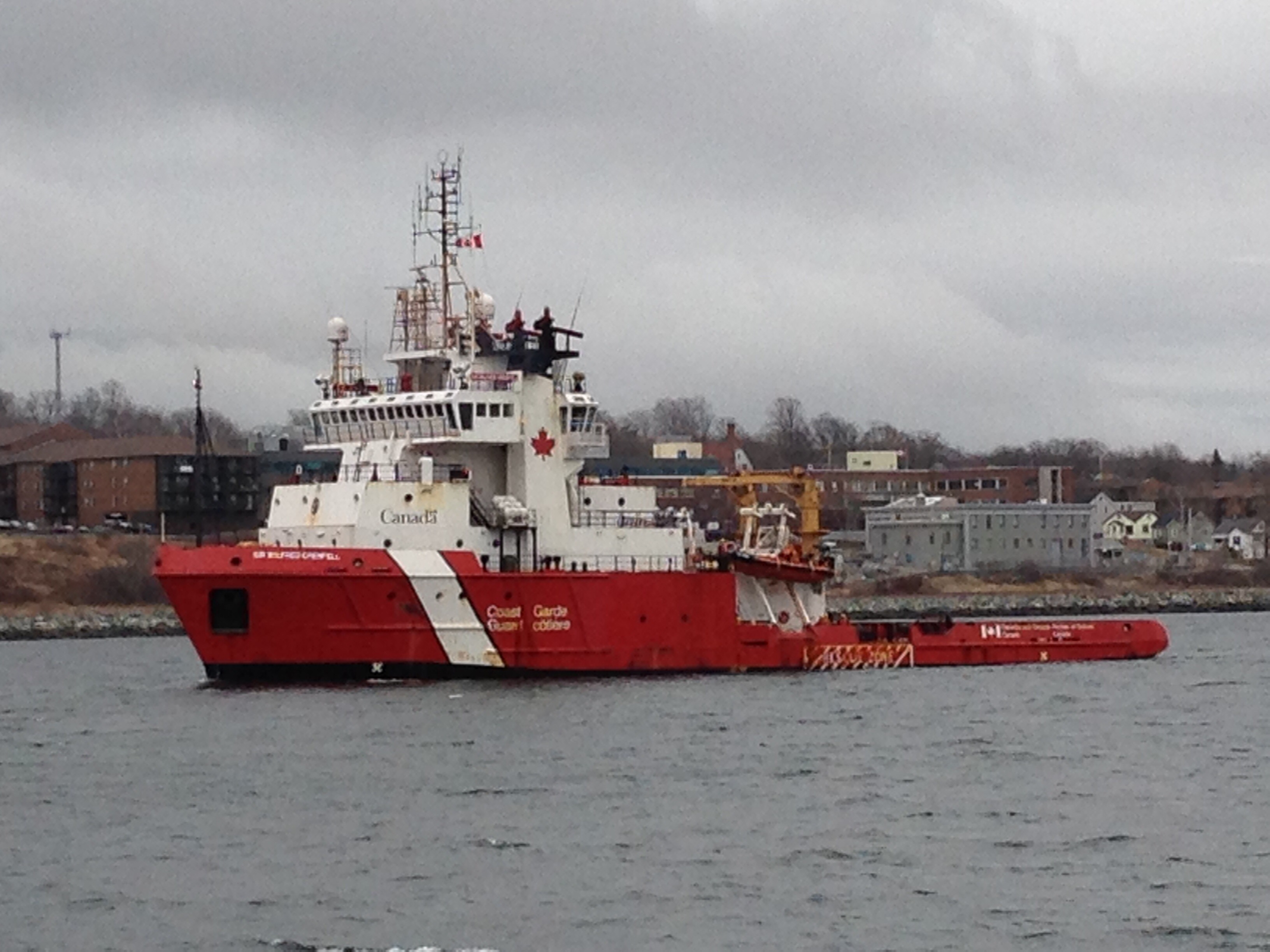 The coast guard search and rescue ship Wilfred Grenfell pulled into Halifa late this afternoon. She had been in the Shelburne area last week. 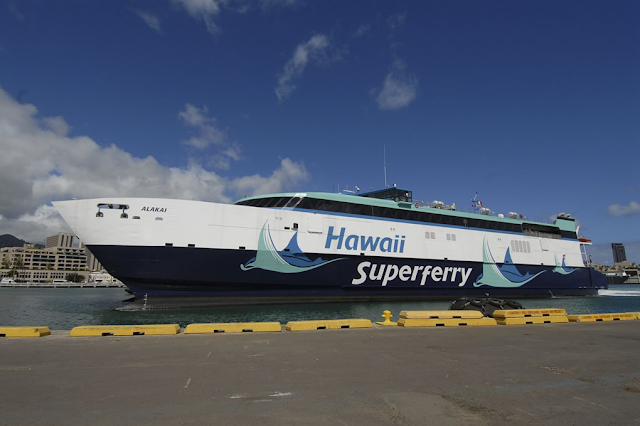 The Cat Is back!
The new Yarmouth ferry service will Start June 15th, and feature a return to Bay ferries operation and a high speed catamaran . The province has reached a 10-year agreement with Bay Ferries Limited to
manage and operate a high-speed ferry between Yarmouth and Portland,
Maine. The 2016 season schedule is anticipated to run June 15 to Sept. 30,
departing Yarmouth and Portland daily at 8 a.m. and 2:30 p.m.
respectively and returning to Yarmouth at 9 p.m.

Government will provide annual funding for the ferry
service, including marketing, at $10.2 million for the first season and
$9.4 million for the second. There will also be $4.1 million for
start-up costs that will include terminal upgrades and $9 million
towards the ferry’s retrofit, in lieu of two years of charter fees.

This catamaran has a different hull form from the previous cats.  The vessel itself is very similar to the hull
form used by the US Navy in its Spearhead class of Joint High-Speed Vessels. The vessel is rumored to be the former Hawaiian Super ferry Alakai.

Built in 2007, she ran for over a year before court cases surrounding an environmental review of the ferry service caused the service to be suspended in 2009, the company went bankrupt, and the 2 ferries became the property of the US Federal government who help finance their construction. She  was auctioned off by the court in 2010 for $25 million, and purchased by the US Maritime Administration. The US Navy acquired the boat in 2012, her sister going into service in the pacific, but Alakai was renamed USNS Puerto Rico and laid up in Philadelphia.

The new service is Yarmouth-based, leaving Yarmouth in the morning,
travelling to Portland, and returning to Nova Scotia that evening. It
will increase overnight stays in the region and provide an economic
boost to Nova Scotia businesses.

It will reduce the travel time
in half and eliminate the need for vessel cabins and additional onboard
staff. It will also be quicker than driving between Portland and Nova
Scotia.

Original:
News conference is Booked for 1 PM with the Nova Scotia transportation minister and the president of Bay ferries.

Mark your calendars, the Panama Canal Expansion opens on June 26th. this will likely cause shipping lines to shift their vessels, and routes – especially with recent mergers and Takeovers.

Word is the Mexican Navy tall ship ARM Cuauhtemoc is due for a port visit in May.
She was her once before in 2008. (Will post photo when i locate it)

She is the last of four sister ships (the other 3 being Colombia’s Gloria, Ecuador’s Guayas and Venezuela’s Simón Bolívar) built by the Naval Shipyards of Bilbao, Spain, in 1982, all built to a design similar to the 1930 designs of the German firm Blohm & Voss, like German navy tall ship Gorch Fock and her sister USCGC Eagle.

UPDATE: I don’t have a Confirmed Schedule, But she is Scheduled to be in New London Ct. May 2-6, making her halifax Arrival likely the second week of May.

The Stena Icemax has now moved to a position about 24 Nautical miles off Halifax Harbour.
It is unlikely she will actually enter Halifax, but the new position makes supply runs much shorter.

She is the Blue Square in the Bottom Right corner of the Chart. 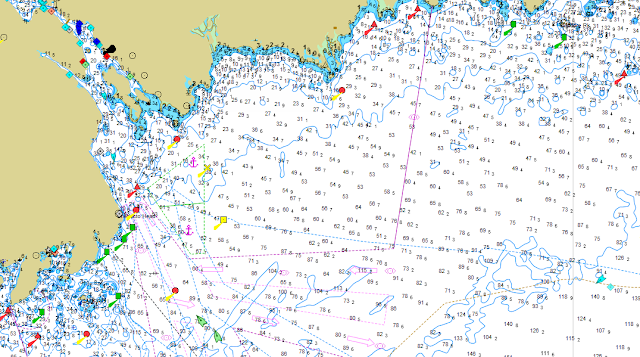 The Stena Icemax Lost her Riser when it disconnected in a storm Earlier this Month. They are now likely in the process of preparing to recover it.

Another vessel that sailed last night, Overseas Jademar spent 2 days offloading into Tufts cove tank.
The Power Plant can burn both heavy oil and Natural Gas, and will see a tanker once a year or so.

Built in 2002, Overseas Jademar is a Panamax tanker. Noteably she failed a port state control inspection in Washington State last year, due to faulty fire fighting equipment. She was allowed to sail once repairs were made. 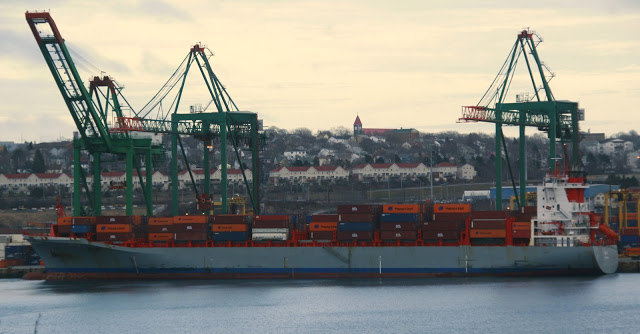 The 2001 built 2732teu Meta made her second call in Halifax for ACL. Her first was March 6 on her Westbound Leg. She Sailed last night for Liverpool.

ACL is using Conventional Containerships to bridge the Gap between the Retirement of the G3 vessels and the service entry of the New G4 vessels.

Atlantic Container Line (ACL) has decided to maintain its twice weekly call at Halifax with its new G4 RORO/Containerships. ACL will continue to serve the North American and European markets at the Fairview Cove Container Terminal of Ceres Halifax Inc. ACL and Ceres have signed a new contract that runs through 2022.

Andrew Abbott, President/CEO of Atlantic Container Line commented, “We value our long-term working relationships with the Halifax Port Authority and Ceres. We looked long and hard at various schedule alternatives for our new ships. Some excluded Halifax. But we just could not ignore the close cooperation and support of the HPA and Ceres that removed every obstacle to a long-term agreement. The quality improvements to the CN Rail service and the consistent cooperation of our ILA colleagues were also influential factors in our decision. As a result of this, all the stakeholders of the port will benefit, as ACL volume via Halifax will eventually double as all of our new ships enter service. ACL looks forward to a long future in Halifax with our large, new, fuel efficient and environmentally friendly G4 vessels. The Port of Halifax will now remain our largest port in North America, and our gateway for Canada and the US Midwest.”

“ACL has been a very important partner throughout the years,” said Calvin Whidden, President, Ceres Halifax Inc. “With the signing of this new agreement, we will now focus on working together to grow cargo volume.” “This is very positive news for all of the key players involved in reaching
this new contract,” said Karen Oldfield, President and CEO, Halifax Port Authority. “We offer our
congratulations to ACL and Ceres-Halifax, and would like to acknowledge the level of commitment shown by CN Rail throughout this process. We look forward to continuing to welcome the next generation of ACL vessels to the Port of Halifax.”