The Tall Ships will be in Halifax July 29-Aug 1st this year. A partial list of Vessels Attending the Tall ships event in Halifax is Below. These vessels will depart Halifax for Lahave France. Additional vessels will take part in an outport program throughout August. Of Note – The Esquimalt based RCN Sail Training Vessel HMCS Oriole is due to participate. Notably absent is the Draken Harald Hårfagre, the Viking longboat currently wintering in Mystic Seaport, though she may participate in the other program.

The port Authority today released the 2017 Cruise Schedule. 2017 is supposed to be the Busiest season yet. the Cruise Season begins April 24th with the Amadea, and ends on Oct 31 with Seven Seas Mariner. This season also brings 6 Inaugural Calls for 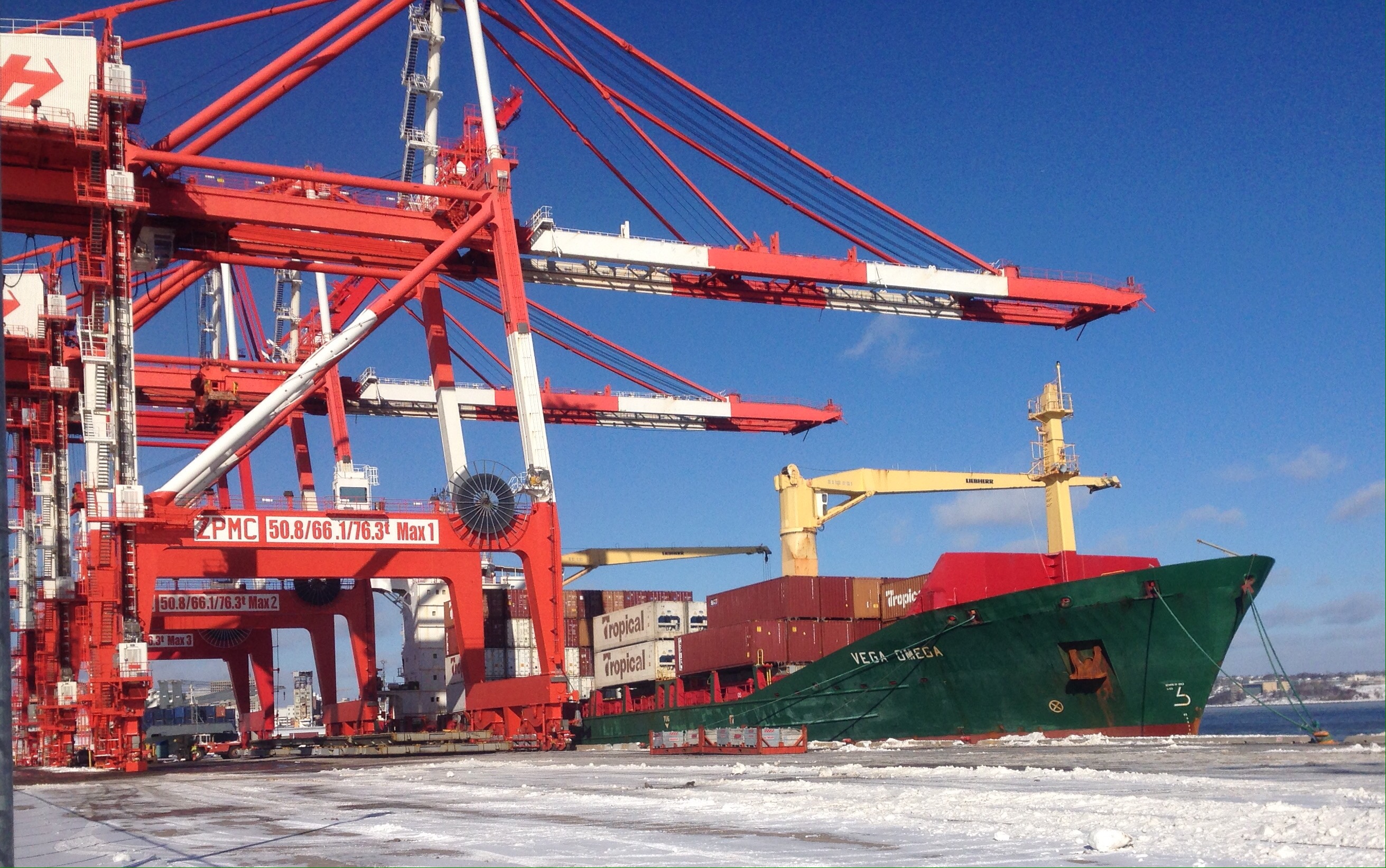 Today marked the beginning of Tropical Shipping’s service from Halifax. They recently re-located from the port of Saint John, after they were unable to reach an agreement with the new terminal operator there. They specialize in container services to the Bahamas and Caribbean.

Tropical Shippings parent company is American, so unlike other services calling in the region from Halifax, they do not stop in Cuba. 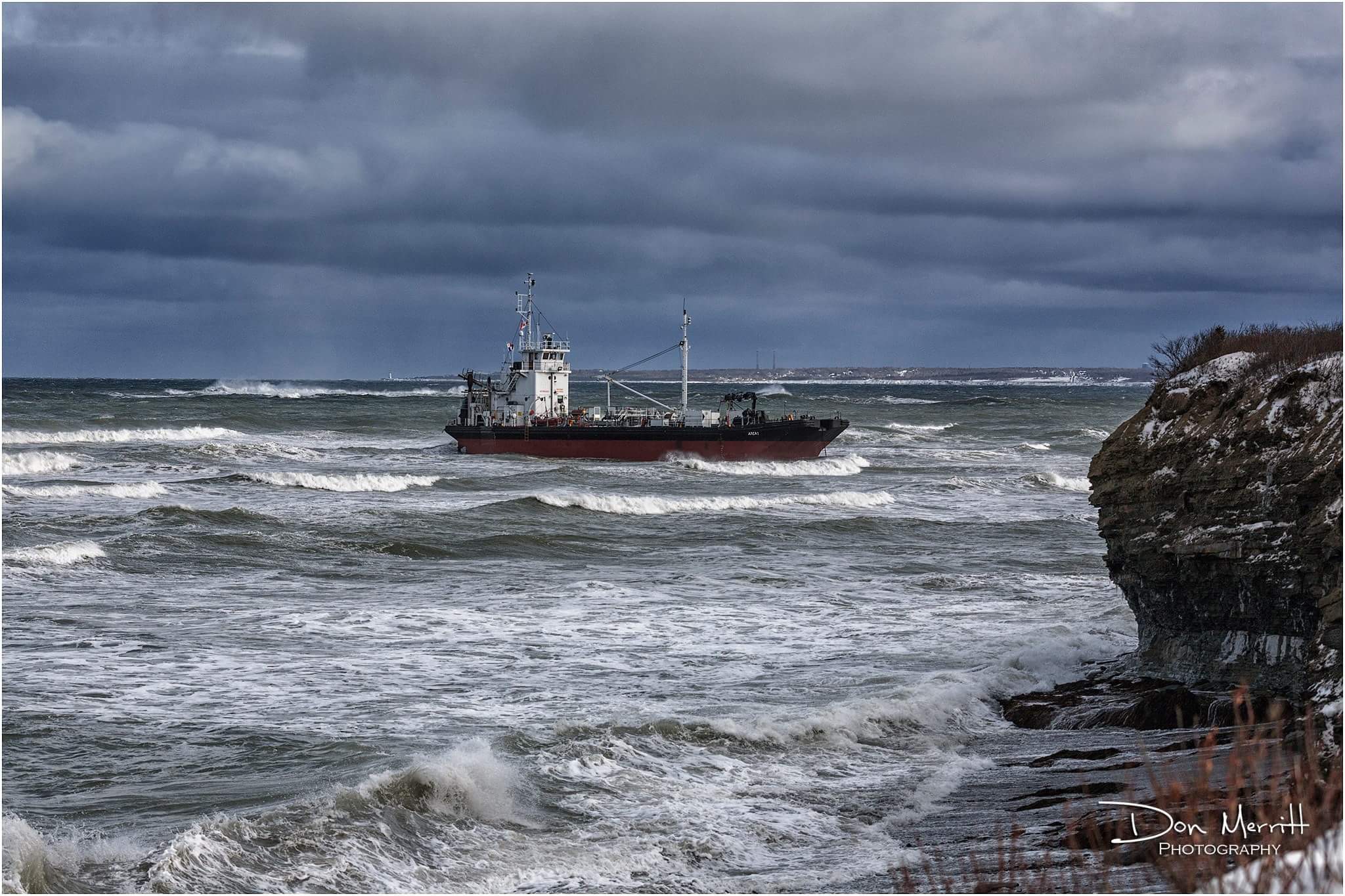 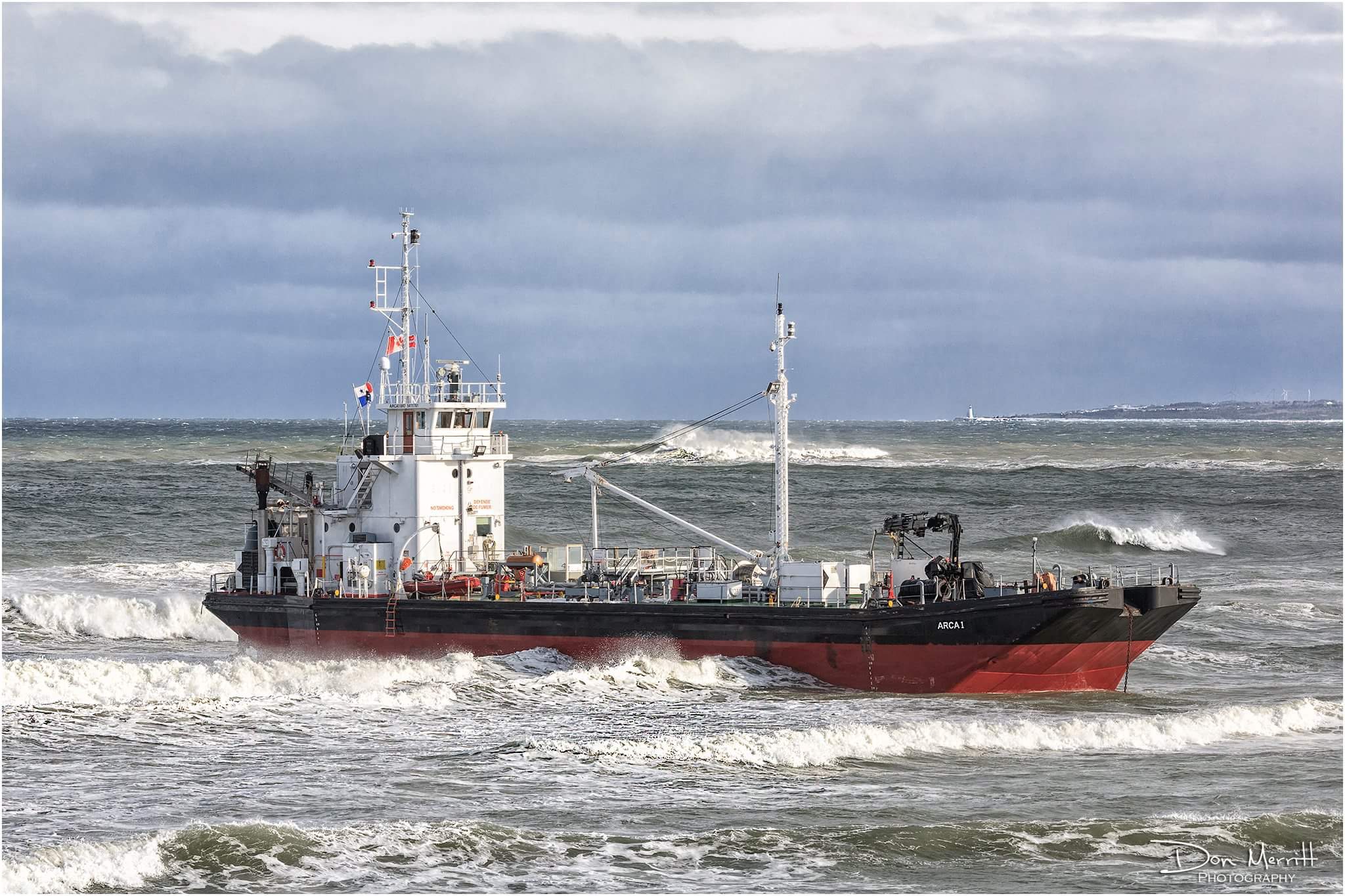 Above photos from don. Used with permission
DFO is reporting that the former Montreal based bunkering tanker Arca 1 has run aground off Sydney NS. JRCC Confirmed that the Vessel lost power, and went aground at 10am. 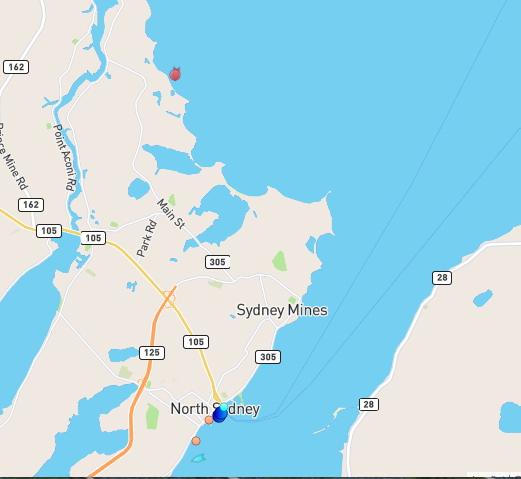 The vessel was recently sold to Dominican interests after being laid up, and was bound for the Caribbean, with a stop in Shelburne, likely for a survey or work period.

Designed to work in sheltered waters of the port of Montreal the vessel was skirting the coast, and sheltering from weather. She was built at Port Weller in 1963 as Imperial Lachine and changed hands a few times. She finally was laid up for sale in 2014. 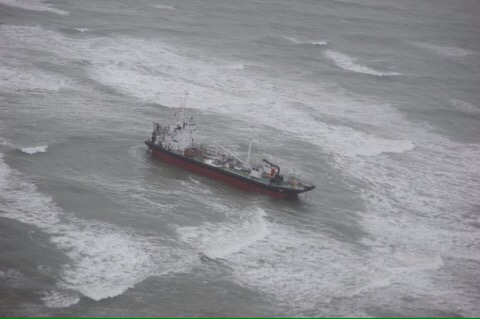 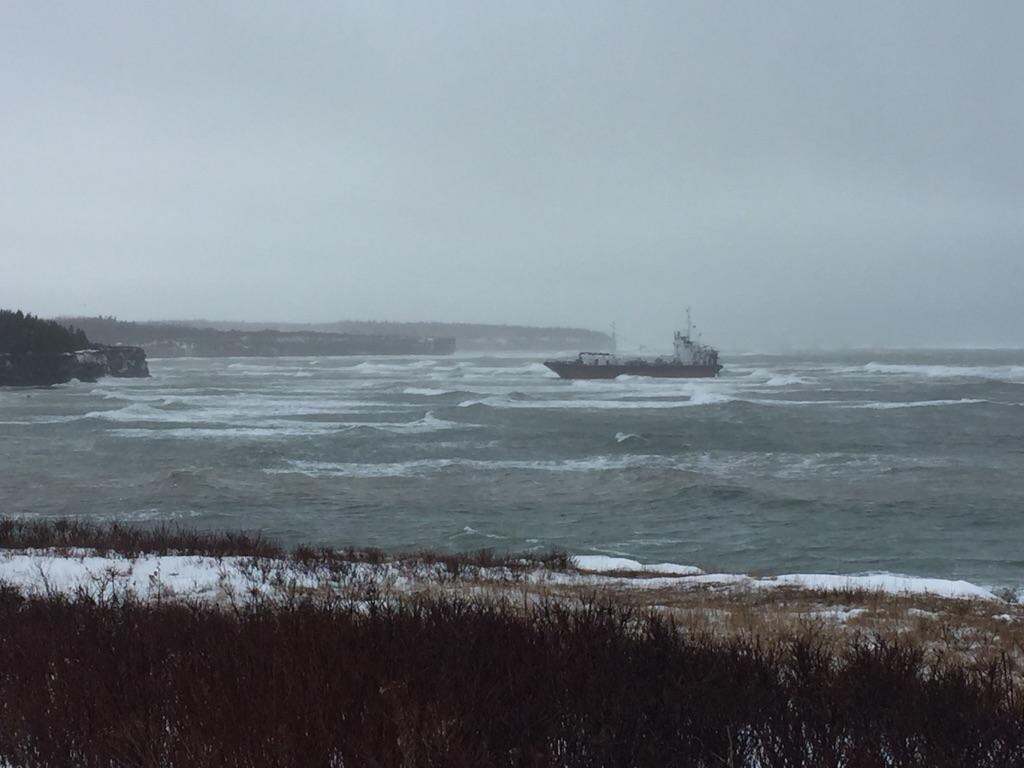 UPDATE:15:20 – Crew Hoisted off. Vessel is in the surf zone, and will probably get pushed higher up onto the beach/ torn apart. 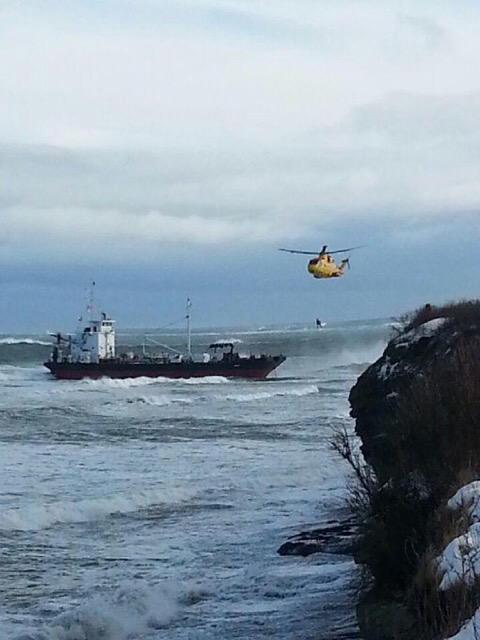 See  Shipfax for a better description of the vessel. The engines are located on deck, and could easily be overcome by following seas.

Looks like CCGS Earl Grey and several tugs, including Robert Mckeil Arrived on scene over night. The Transportation Safety Board of Canada (TSB) is deploying a team of investigators to Sydney. The TSB will gather information and assess the occurrence.

TSB has arrived on Scene. Tugs have returned to port – Tim Mckeil was also in attendance (Mckeil has an operation in Sydney) NASP Overflights to monitor for pollution continue.

Offshore wind forecast tomorrow morning. An attempt will be made to pull her of the ground then. High Tide is at 6:31am tomorrow, so I would guess that’s when they will try.

Mckeil will be performing the salvage on the 6:30am High Tide. The plan is to have the Small tug Kaliutik attempt to pull the Arca 1 free. If she cant do it, she will run a tow line to the Tim Mckeil, 1/2 mile off shore in deeper water, who can offer a more powerful pull. Apparently the bottom is sandy there, so there is little damage to the ship, and once free will be towed into Sydney.

The owners, Mexician Oil Company Petroil, have been using Inchcape Shipping Services as agents. Inchcape hired Mckeil to do the salvage work.

I have also learned from industry Sources that the Captain is believed to be American, but the other 5 crew members are Canadian.

Crews boarded the vessel to prepare for the tow earlier tonight.

unconfirmed – Looks like she is still aground. seas look calm, so Im guessing shes really stuck in the sand. CCGS Earl grey was headed into port earlier.

Reports are (from Local Xpress) that they will go for tonight’s high tide instead. Salvage crews will pump out ballast water which should lighten the vessel. there is no damage to the hull. High tide tonight is at 6:31, and tonight’s will be about 20cm higher then this mornings tide. 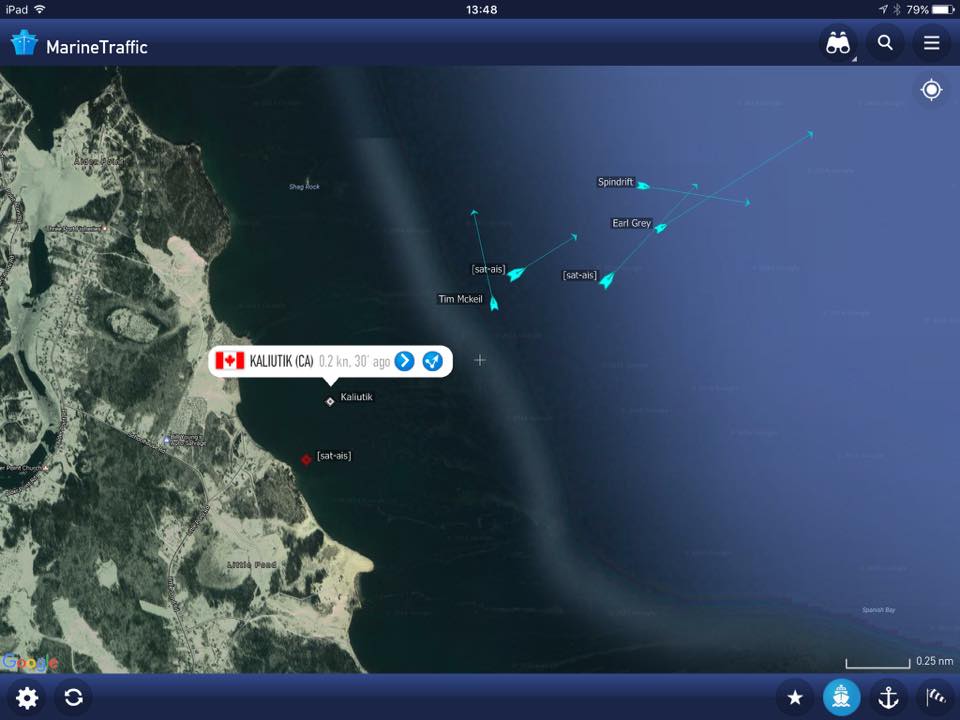 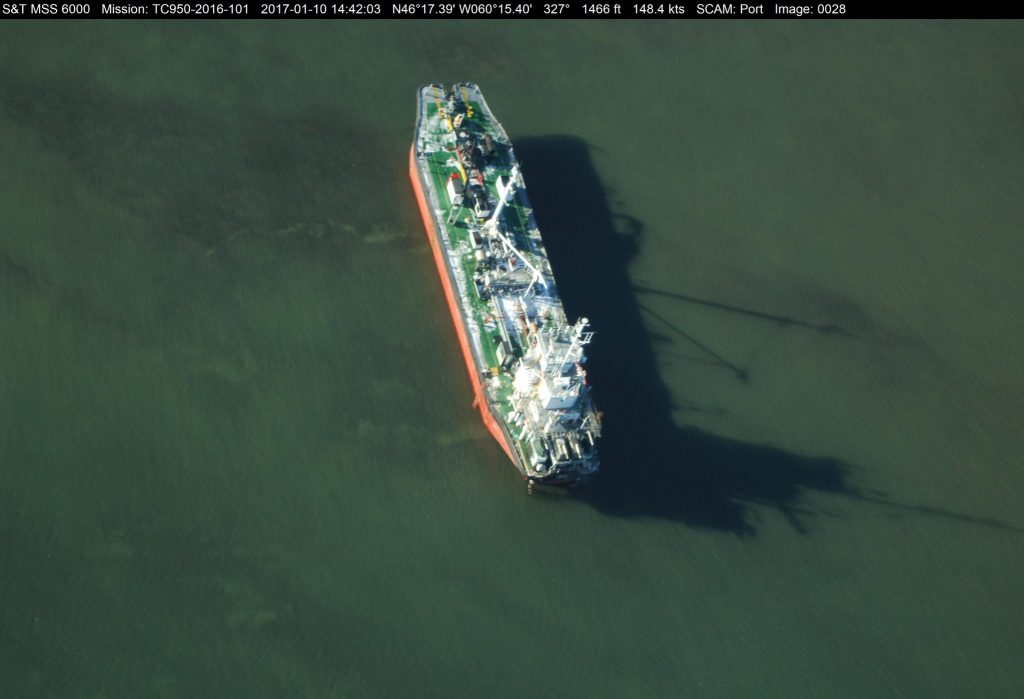 found this photo on Facebook – shows the drive units raised out of water. 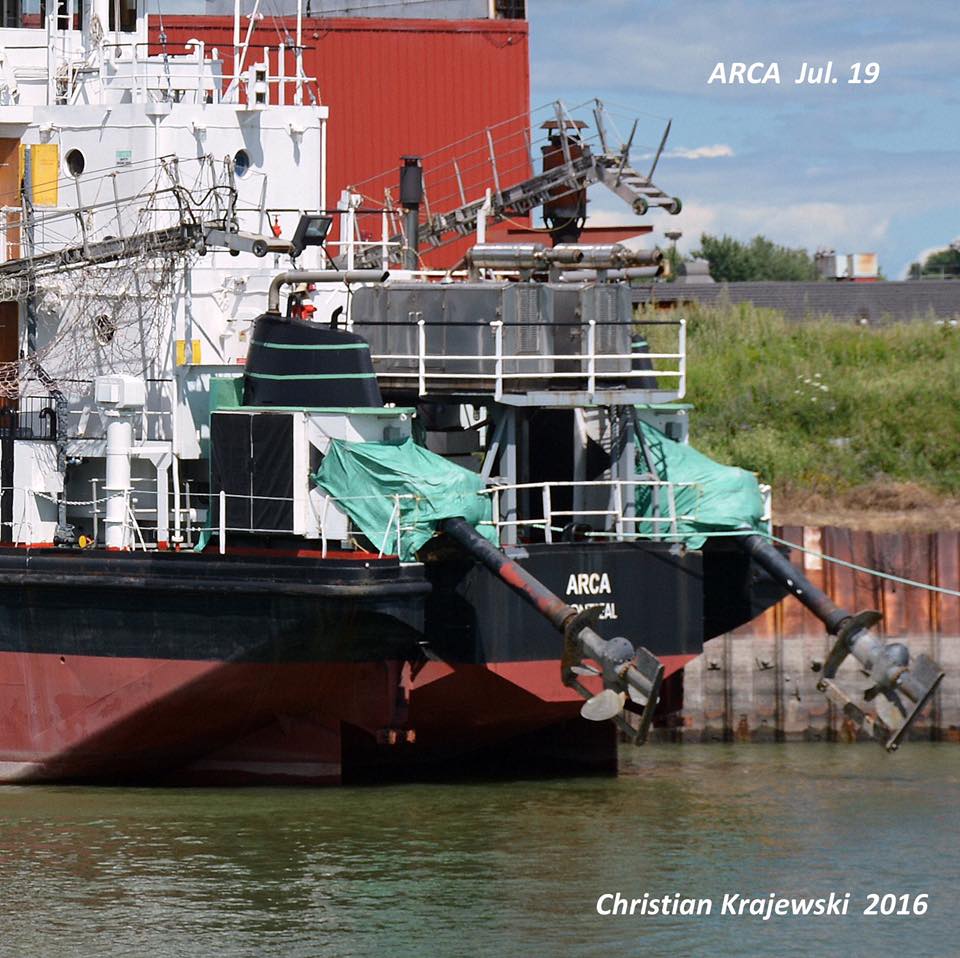 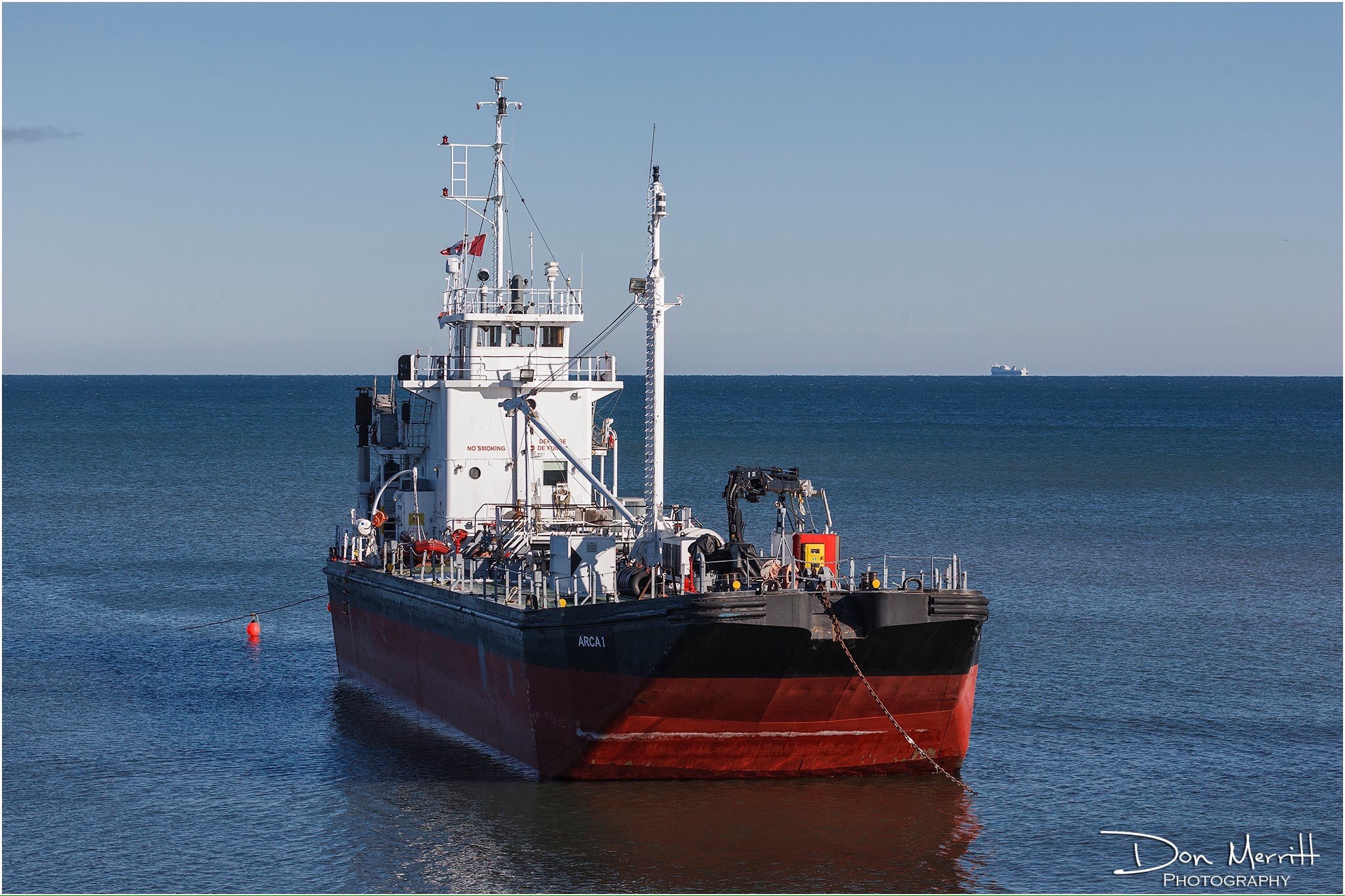 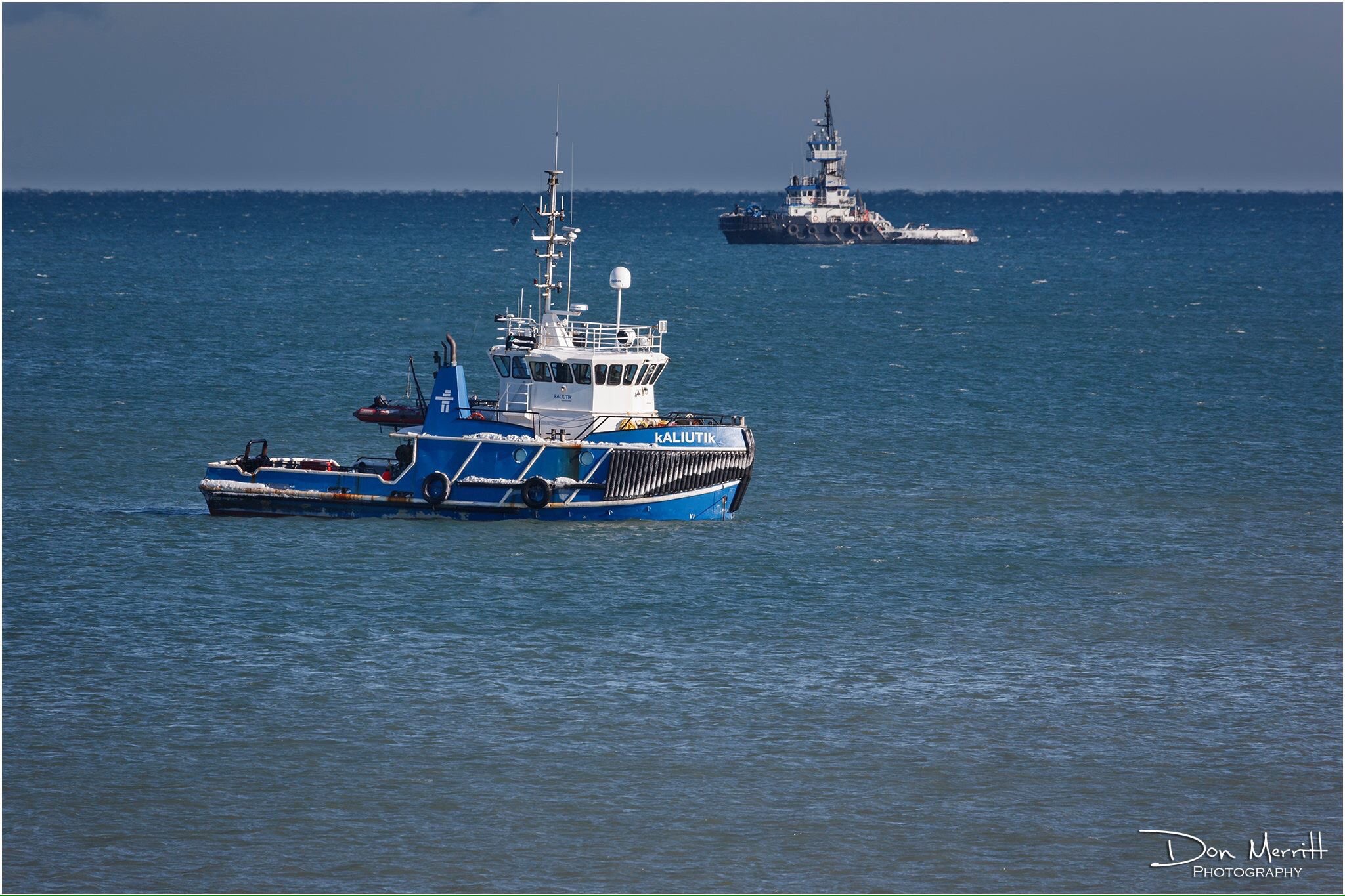 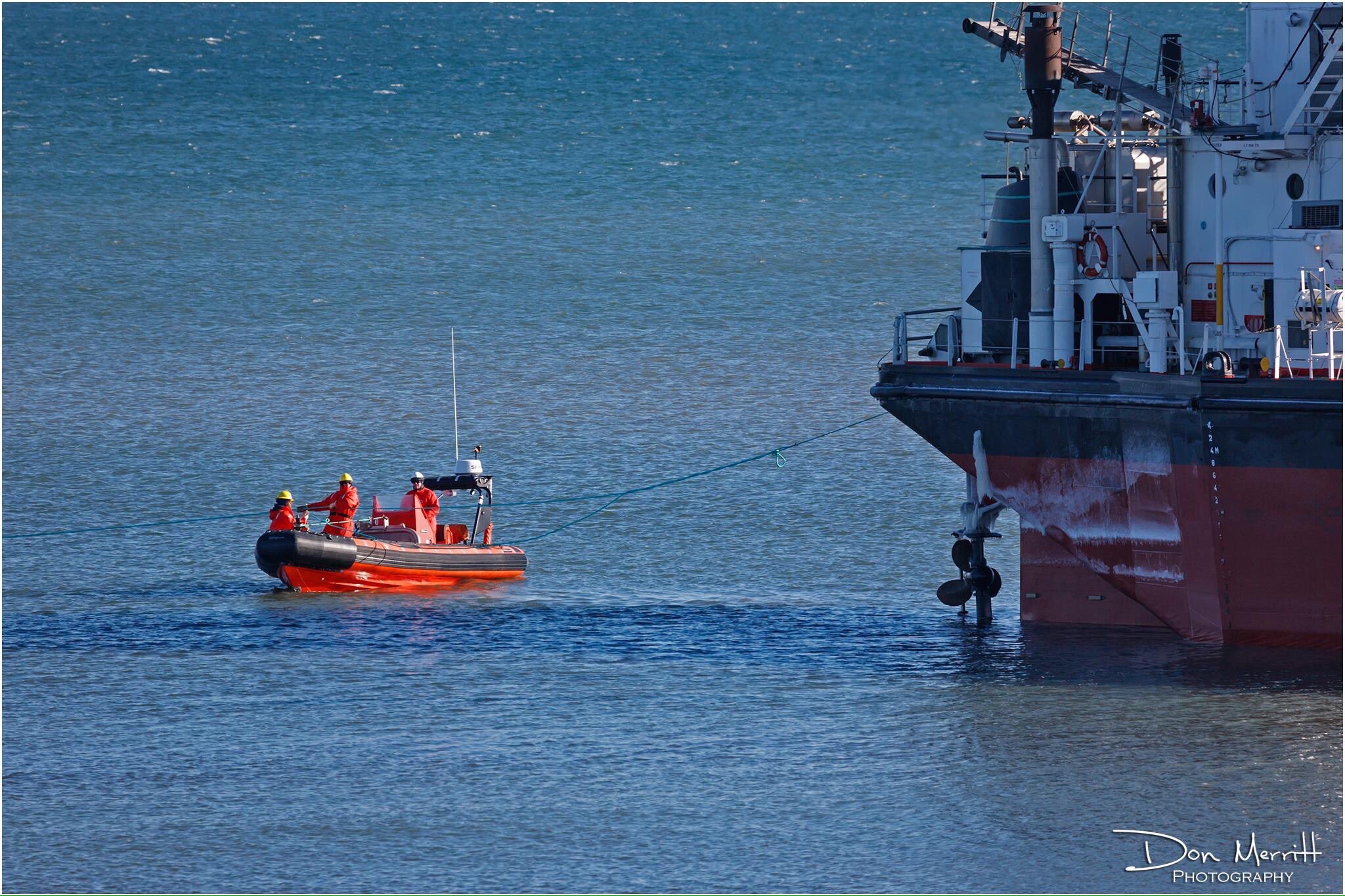 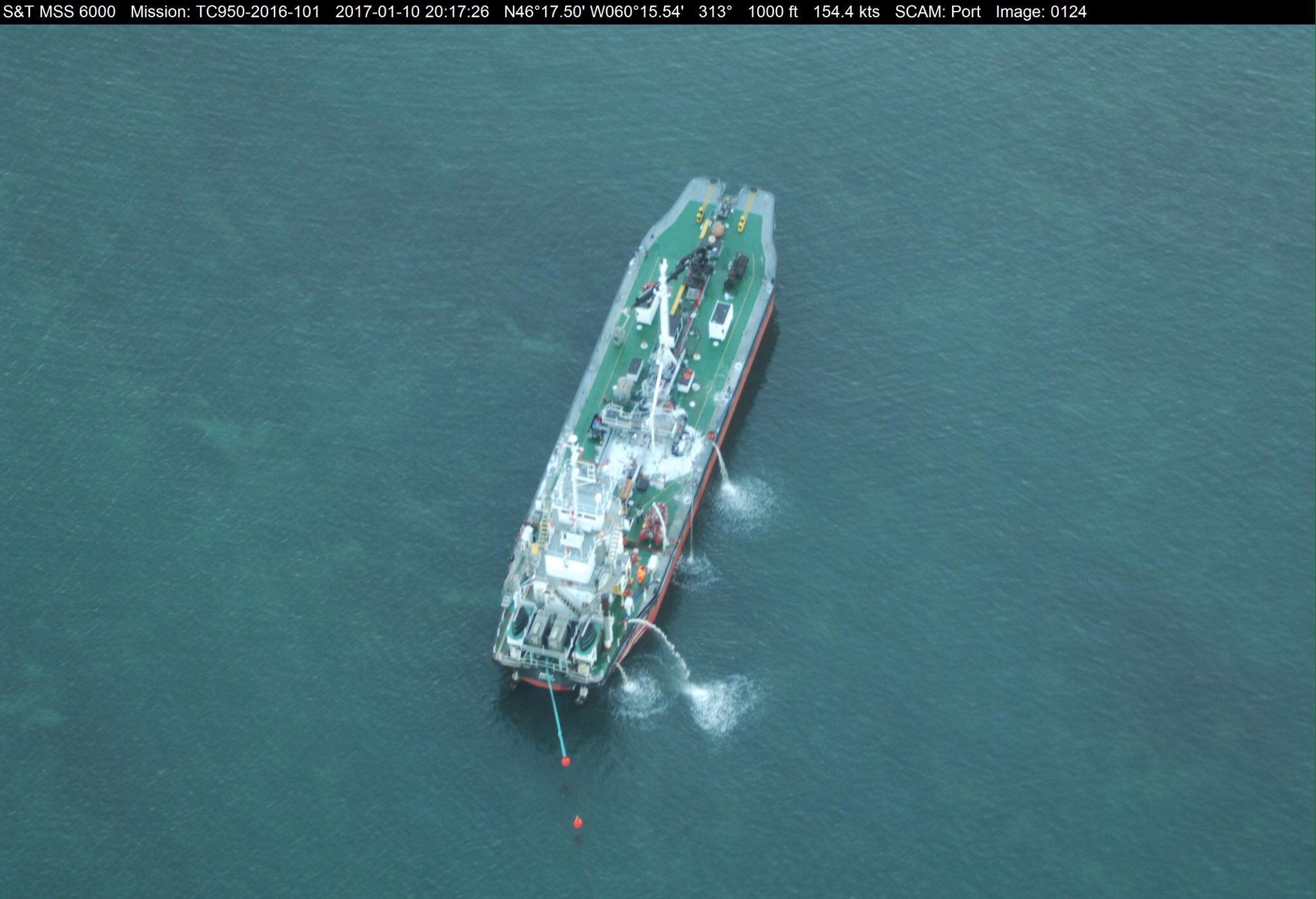 The attempt last night to pull Arca 1 off the shore failed. Mckeil is reporting needing a larger tug, which will take a couple of days to arrive. As well, weather is deteriorating, which will cause a few days delay. Salvage crews pumped ballast water back in to ensure the vessel stays put. 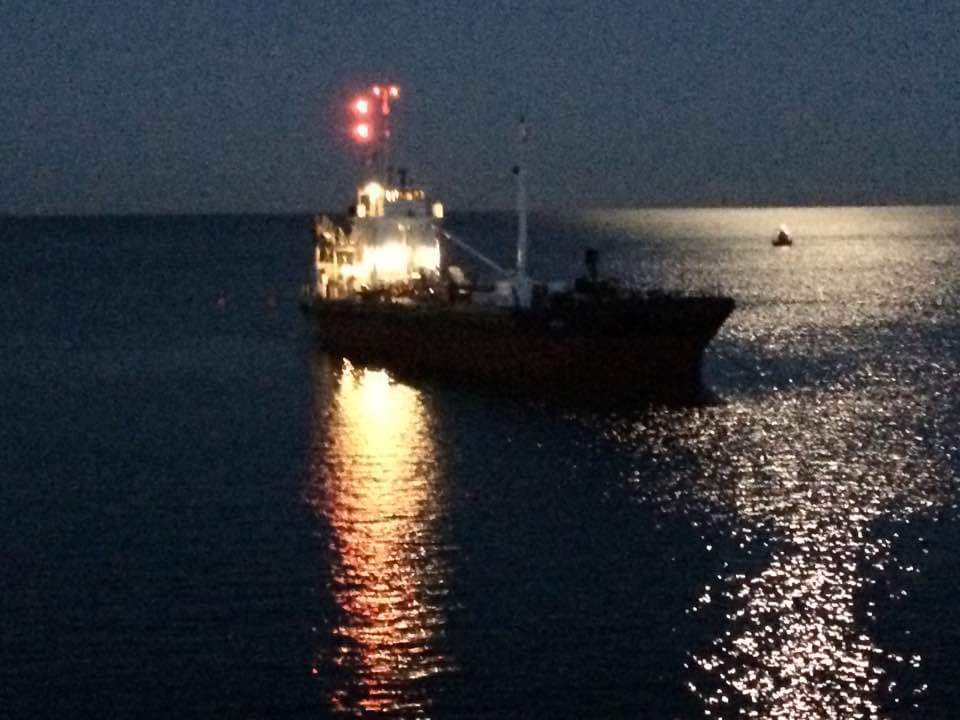 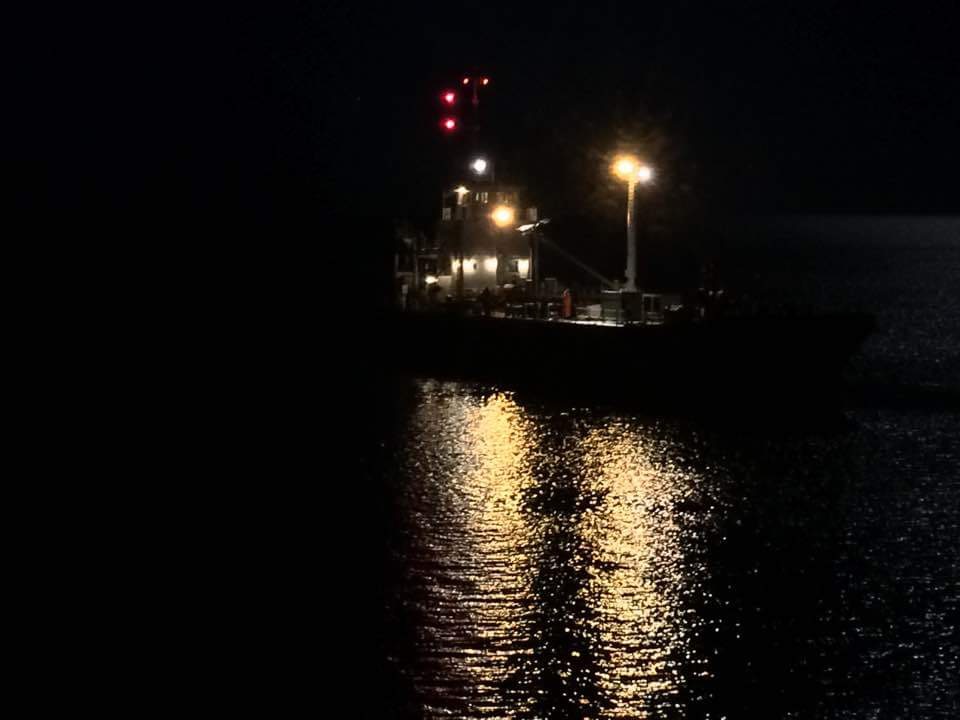 Shes a wreck Now.
the vessel was blown 1600 miles off course Arrested by WWDC for unpaid Dockage and broke free in a storm in February 2015 and went aground. based on the photos, its likely she was stripped just after grounding.

The videos bellow were shot Dec 21/2016. Warning, there is swearing in them

ACL’s New G4 Vessels made maiden appearances with Atlantic Star, Atlantic Sail and Atlantic Sea making appearances. ACL also committed to the Port of Halifax until 2022 and projects a doubling of volume.

May brought the arrival of CMA-CGM Tage, at 9300teu, the largest container ship to call in Halifax, and the first to have the accommodation block forward. Her sister CMA-CGM Rhone called in December.  Dinkeldeip was replaced on the St. Pierre Run by Nolhanava. Halterm also picked up some new Toplifts, and Yard Tractors.

in offshore news, the Stenna Icemax drill rig, working for shell lost its riser in heavy weather. a eplacement was shipped, assembled at pier 9, and delivered to the IceMax. the Delay caused the charter of Jones Tide to End Early. All Seas pipe Layer Audacia also stopped in port to pick up supplies.

In Navy News, HMCS Toronto finished FELEX, marking the end of that program. HMCS St Johns was deployed, and had prework done on the Synchrolift. SPS Patiño filled in for HMCS Preserver, as fleet AOR. Preserver was Decommissioned in October. HMCS Iroquois was also towed for scrap.  The RCN also Hosted Exercise Cutlas Furey which brought visits from a number of foreign Naval Vessels.

The Yarmouth Ferry came back, this time run by Bay Ferries (again) and with a new High Speed Catermaran vessel (Again) leased from the US Navy. Nova Star, the previous operator declared bankruptcy. In the Bulk Carrier world, CSL and Algoma Bought vessels from Oldendorf, who was one of there Vessel pool partners, renaming them.  Svitzer bought a tug, and setup an operation in Montreal. Former Svitzer tug Point Vim also returned, moving cable by barge to Newfoundland.

So what to expect for 2017? The major shakeups in container lines alliances to take effect. The Arrival of Tropic Shipping January 9th, from Saint Johns. Expect to see the final 2 ACL G4 Vessels to Appear, and the roll-out of HMCS Harry Dewolf for mega block assembly in the spring. Also Tall ships are coming.