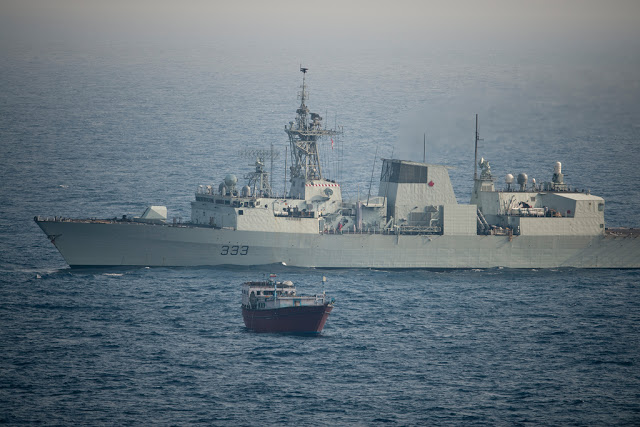 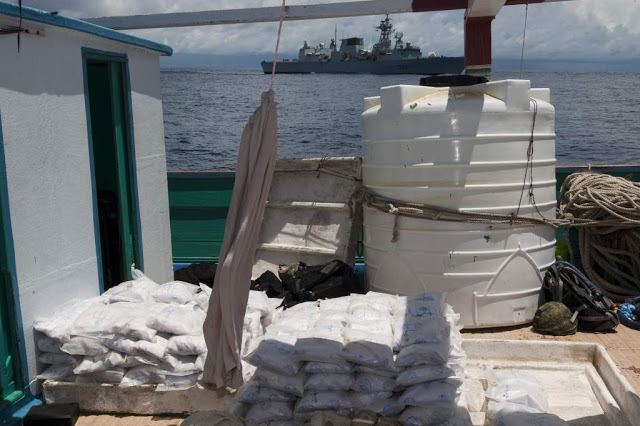 A rare sight, A Car Carrier Anchored in the Basin. This is likely due to autoport being closed for Easter, and also apparently for a CFIA Gypsy Moth Inspection. With Large tankers tieing up the inner harbour anchorages, the Basin was the only other option.

This is not the first time a PCTC (Pure Car truck Carrier) has been in the basin. In March 2011 Osaka Car tied up at firview cove. Hoegh Masan has also been to halifax before, in June 2011 as CSAV Rio Salado.

The tanker Dara Desgagnés arrived on friday for the Nova Dock. After a brief stay, she tied up at Woodside, before finally taking position in the Nova Dock on Saturday. 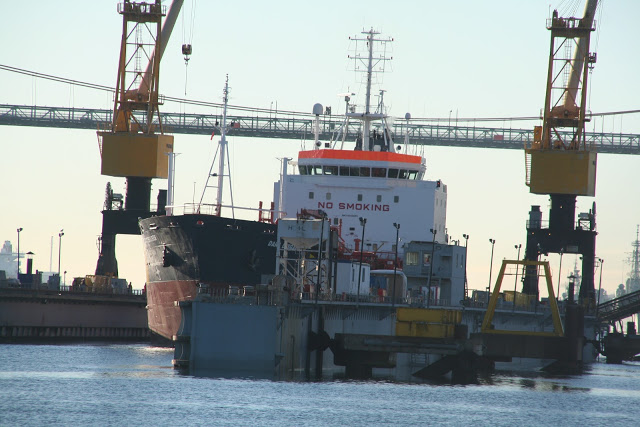 Thanks to a source at halterm, ZIM Colombo arrived today with some damaged containers due to large waves. Such damage does occur fairly regularly and is ka good reminder of the power of the seas. 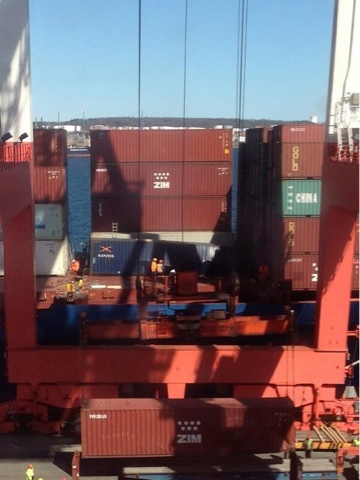 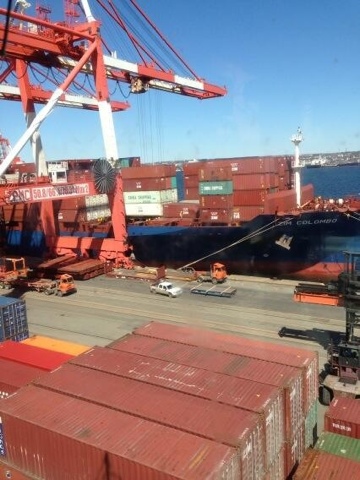 The RCN today marked the conclusion of its first naval deployment of 2013, Operation Caribbe. Operation Caribbe is part of the Government’s continued commitment to combat illicit trafficking in the Caribbean Basin and Eastern Pacific. As part of this commitment, Her Majesty’s Canadian Ships (HMCS) Kingston and Summerside conducted a 36-day deployment while a Royal Canadian Air Force CP-140 Aurora maritime patrol aircraft flew patrols from January 7th to 19th to help suppress trafficking in international waters.

This is the second time HMCS Kingston has deployed on Operation Caribbe. HMCS Kingston , along with HMCS Goose Bay, conducted surveillance operations in the Western Caribbean from March 2 to April 6, 2012. This deployment marks a number of achievements for the Maritime Coastal Defence Vessels including the embarkation of a United States Coast Guard law enforcement detachment team and the use of the side scan sonar to search for sunken objects associated with counter narcotics trafficking in the Caribbean Basin. Primarily crewed by Naval Reservists, Maritime Coastal Defence Vessels are mainly used for coastal surveillance and patrol.

This recurring annual operation directly supports the Canadian Armed Forces mission to defend against threats and security challenges to Canada and North America and its approaches. Moreover, Operation Caribbe helps strengthen international and continental partnerships and demonstrates Canada’s specific commitment to improve security in Mexico, Central America and the Caribbean and to combat transnational organized crime. It also creates opportunities to partner with other nations to suppress criminal activity at sea and keep illegal drugs off Canadian streets. 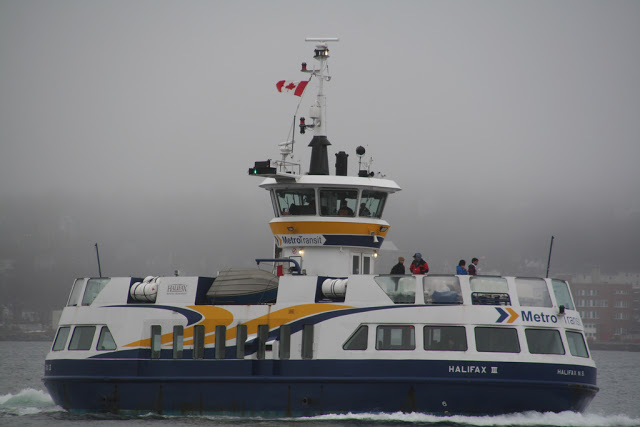 An item on todays HRM Council agenda is the Approval of the Tender for the Construction of a 4th Harbour ferry. The lowest (only) bidder meeting specifications was A.F. Theriault & Son Ltd., for Total Tender Price of $ 4,158,299.96

Metro Transit currently operates three passenger ferries (Dartmouth III, Halifax III and Woodside I). A fourth passenger ferry has been identified as a priority investment to improve the harbour ferry service between Woodside and Downtown Halifax. The fourth ferry is also recommended in the Council approved Metro Transit Five Year Strategic Operations Plan, and further recommended in the Strategic Ferry Operations Plan. This ferry will permit Metro Transit to double the peak hour service and add new off peak service on the Woodside route; these service improvements cannot be achieved with three vessels.

Tenders were publically advertised on the Province of Nova Scotia website and closed on February 22,2013.Representatives from four(4) Nova Scotia shipyards attended the Bidders Conference, but only one(1)bid was received.The other attendees to the meeting were contacted and cited a lack of capacity at present. The Likely included Abco of Lunenburg, and Pictou Industries Ltd (who built the previous 3 ferries) A.F. Theriault and Son Ltd. will commence work on notification of award, with an anticipated delivery date of April 1, 2014. The Drawings and Engineering will be done by E.Y.E Marine Consultants, who designed and managed construction on the previous 3 vessels.

Buried in an Appendix at the end of the documentation sent to Council, is a note that the existing ferries were constructed in 1978 (Dartmouth III, Halifax III) and 1986 (Woodside I) and will soon approach the end of their economic lifespan. The 4th Ferry is viewed as the initial step in a new build programme, Metro Transit therefore requires a new ferry design to serve as the foundation for recapitalization of the current fleet and an additional vessel for the Woodside service. HRM, after the 4th ferry is built, will have 4.9 million remaining in Ferry reserve fund, enough for another boat.

Approval today is all but assured, as the Voith Schnider drives have already been approved, and ordered. 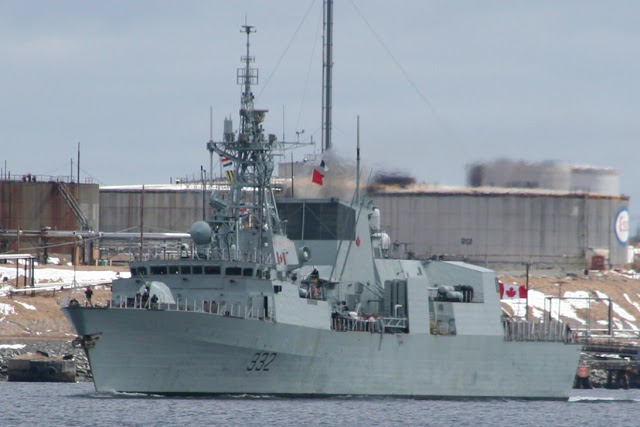 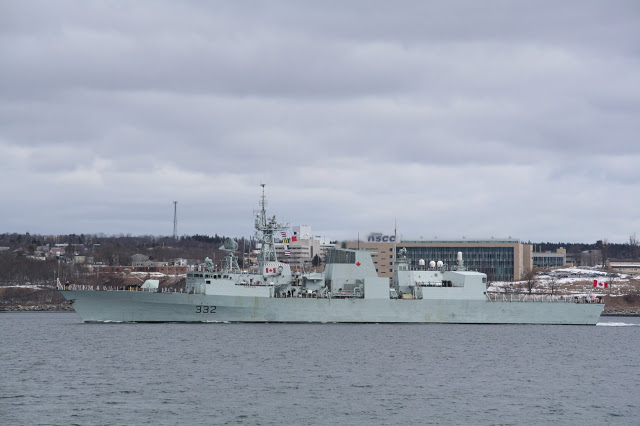 The 4th Hero Class vessel,  CCGS Constable Carrière, was launched from Halifax Shipyards today. The Operation was scheduled to begin at 4 pm, and Constable Carriere began sliding down the ways around 5 pm today. she was in the water and on her way to Pier 9 by 6pm. Below are some photos.
Video Will Follow. 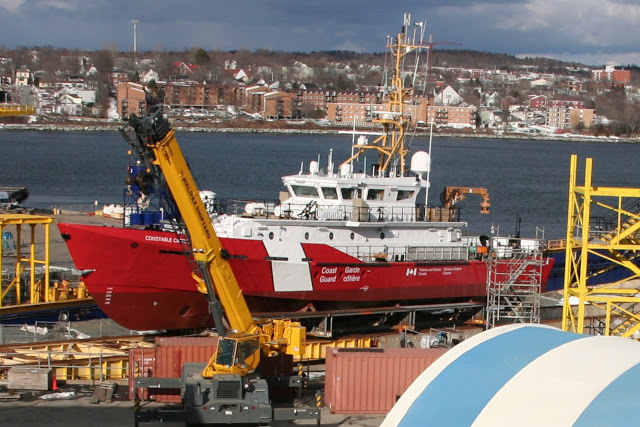 (Above) Ready To Go
(Below) Sliding down the Ways 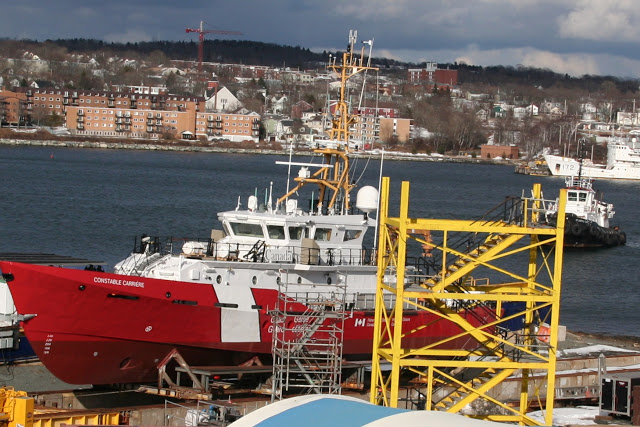 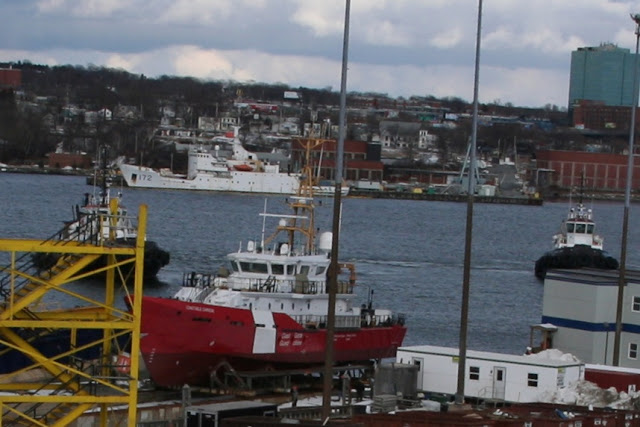 (Above) Still Sliding
(Below) Almost to the Water 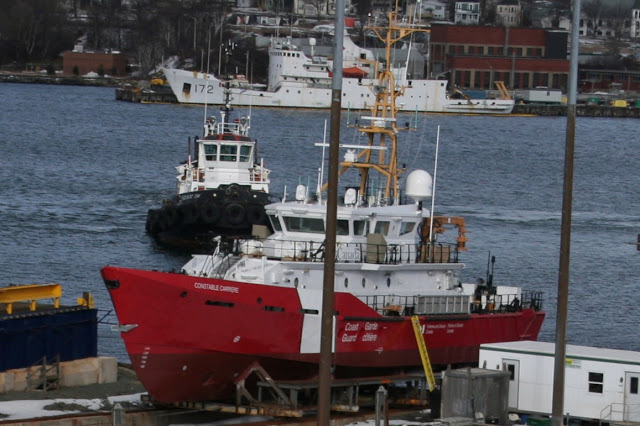 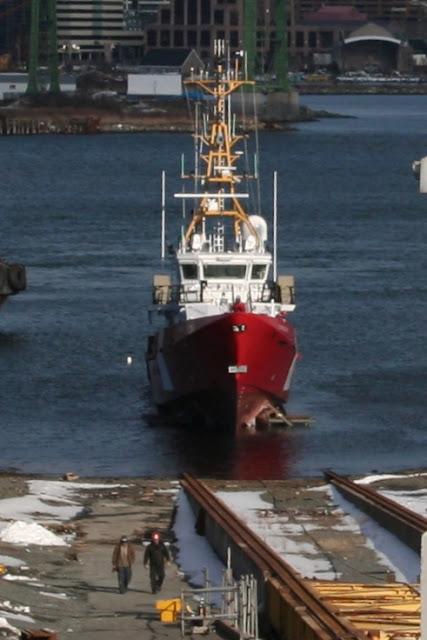 (Above) Attaching lines to the Tugs
(Below) Towing to Pier 9 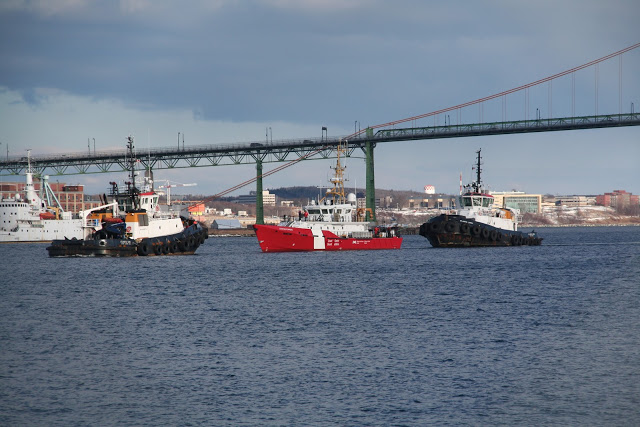 The 4th Hero Class vessel, the CCGS Constable Carrière, is scheduled to be launched from Halifax Shipyard tomorrow at 1600.

From there work will continue at Pier 9