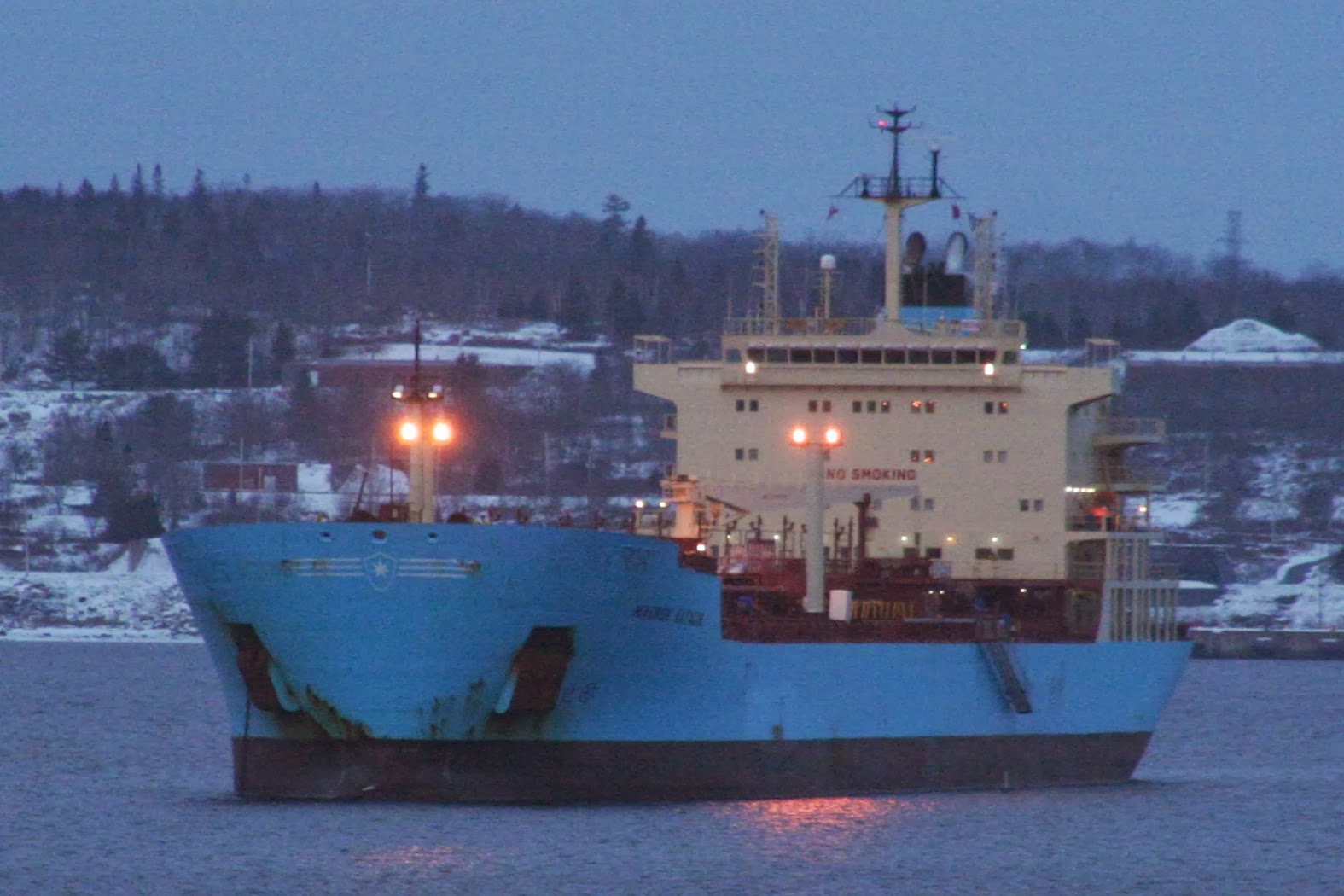 The stream of product tankers to the Imperial Oil terminal continues.

(Above) Yesterday brought the arrival of Sichem Defiance, which anchored before moving to Imperial Oil. (Below) the much larger Products Tanker Piltene, Took Anchor in Anchorage 1. Both vessels appear to be only partially loaded. 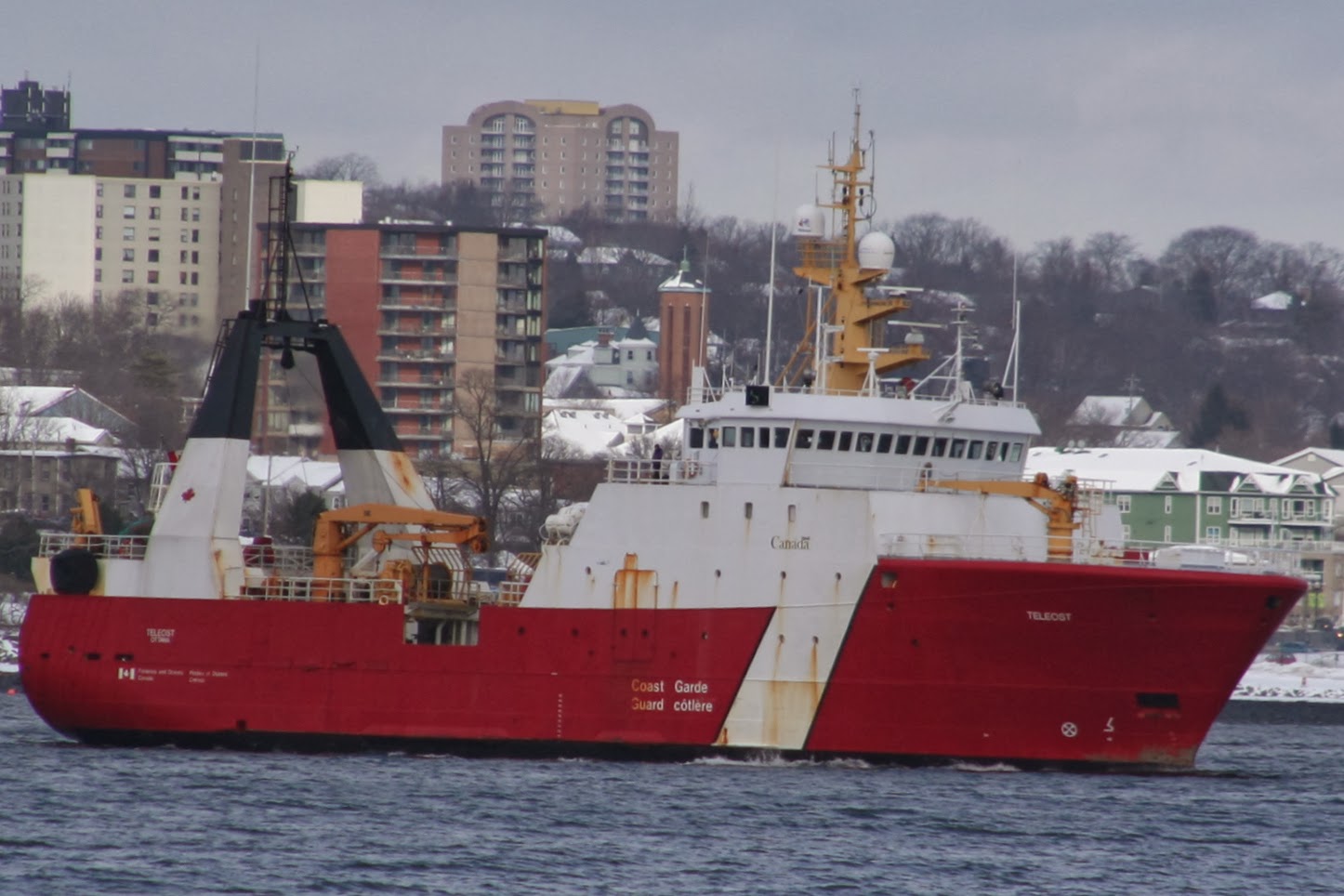 Noon hour brought the Departure of Fisheries Research vessel CCGS Teleost. A rare caller in Halifax, She is based in the Newfoundland Region. She was built in 1988 in Norway as a fishing trawler, before being acquired by the coast guard and modified for her new role in 1994. 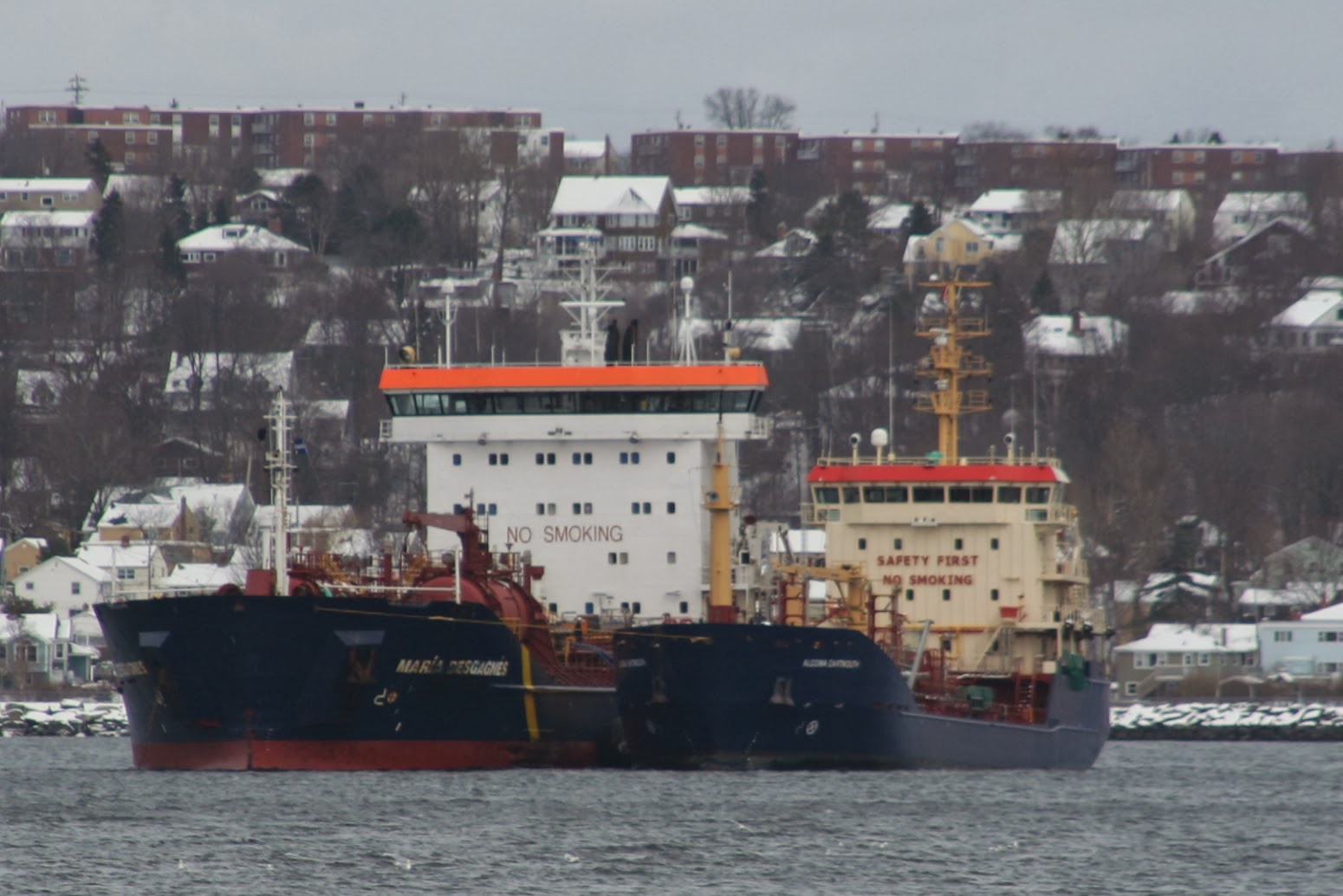 Today brought the First bunkering Job for the Algoma Dartmouth under Stirling Management. She tied up alongside the Maria Desganges, shortly after her arrival this morning. 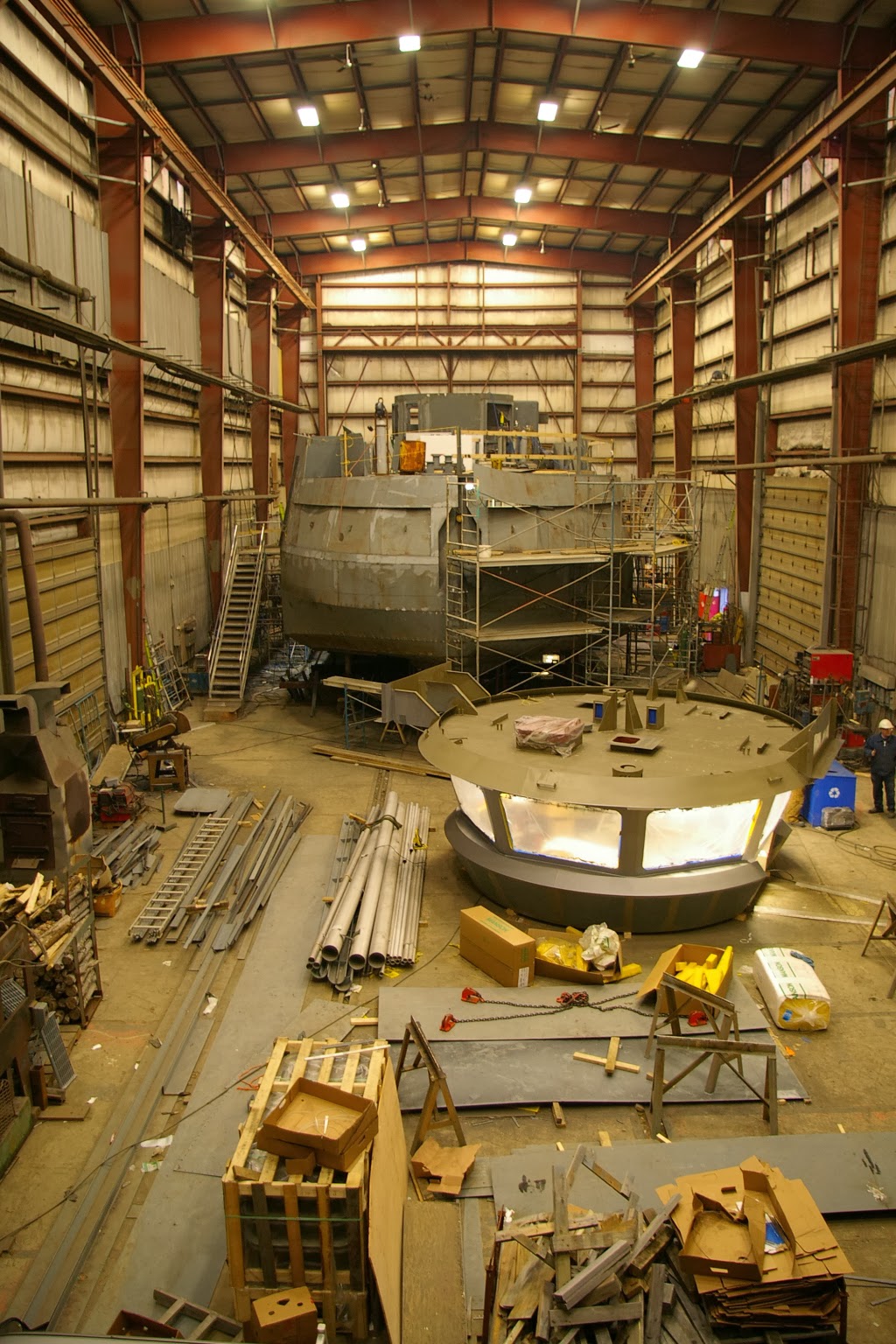 The Following Photos were provided By HRM, and show the construction of the new Harbour Ferry Christopher Stannix at the A.F. Theriault & Son Shipyard in Meteghan. 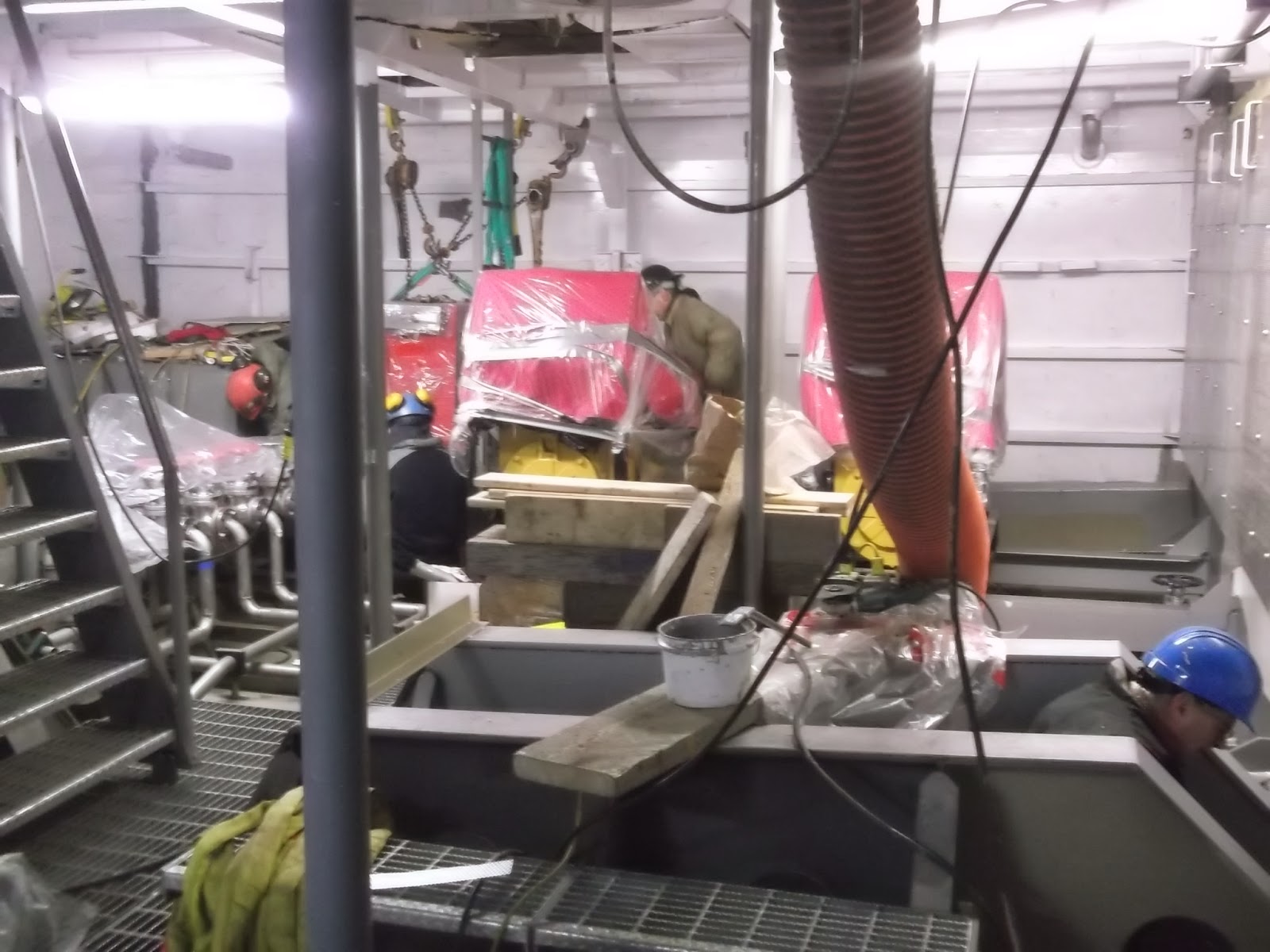 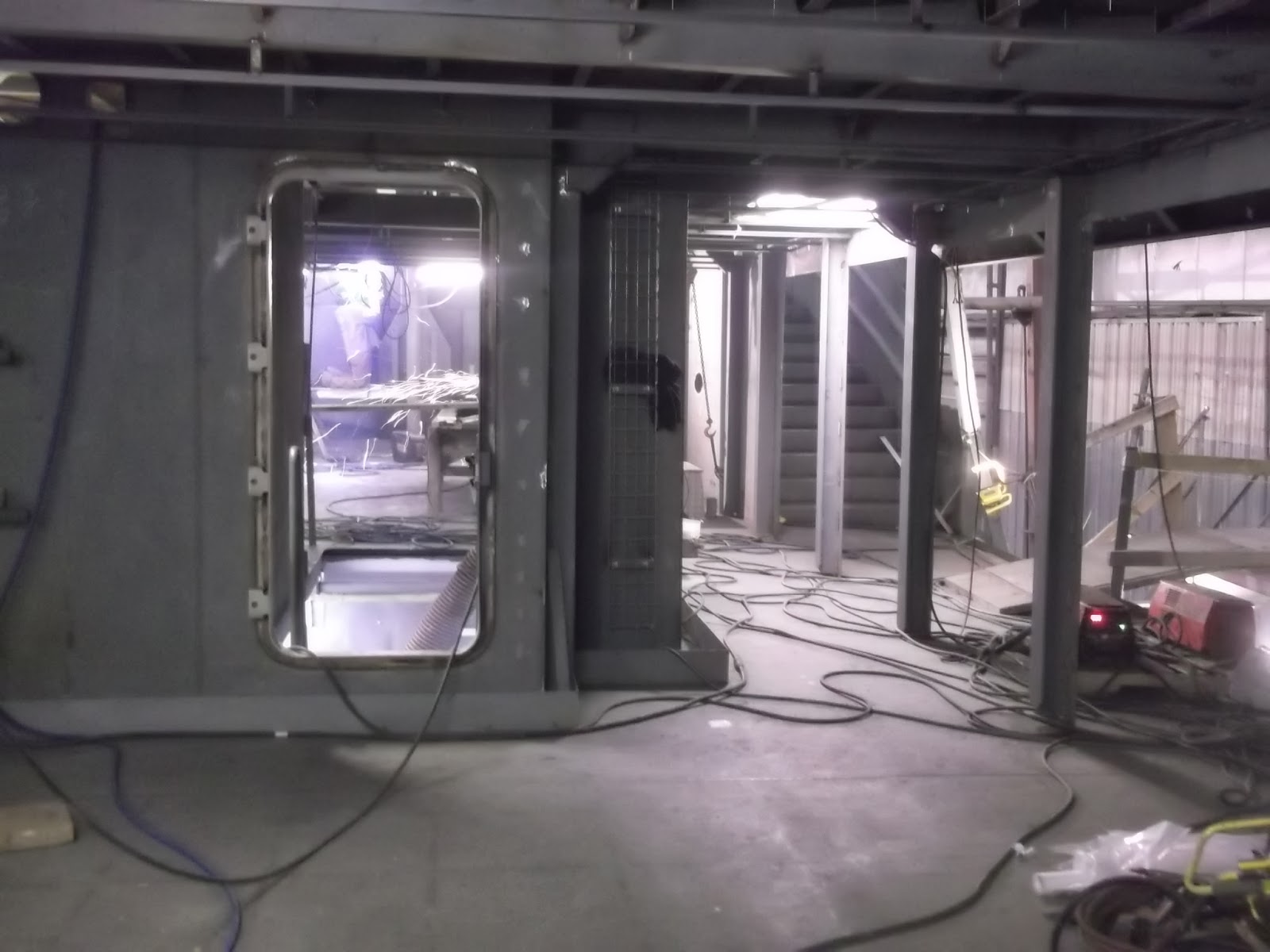 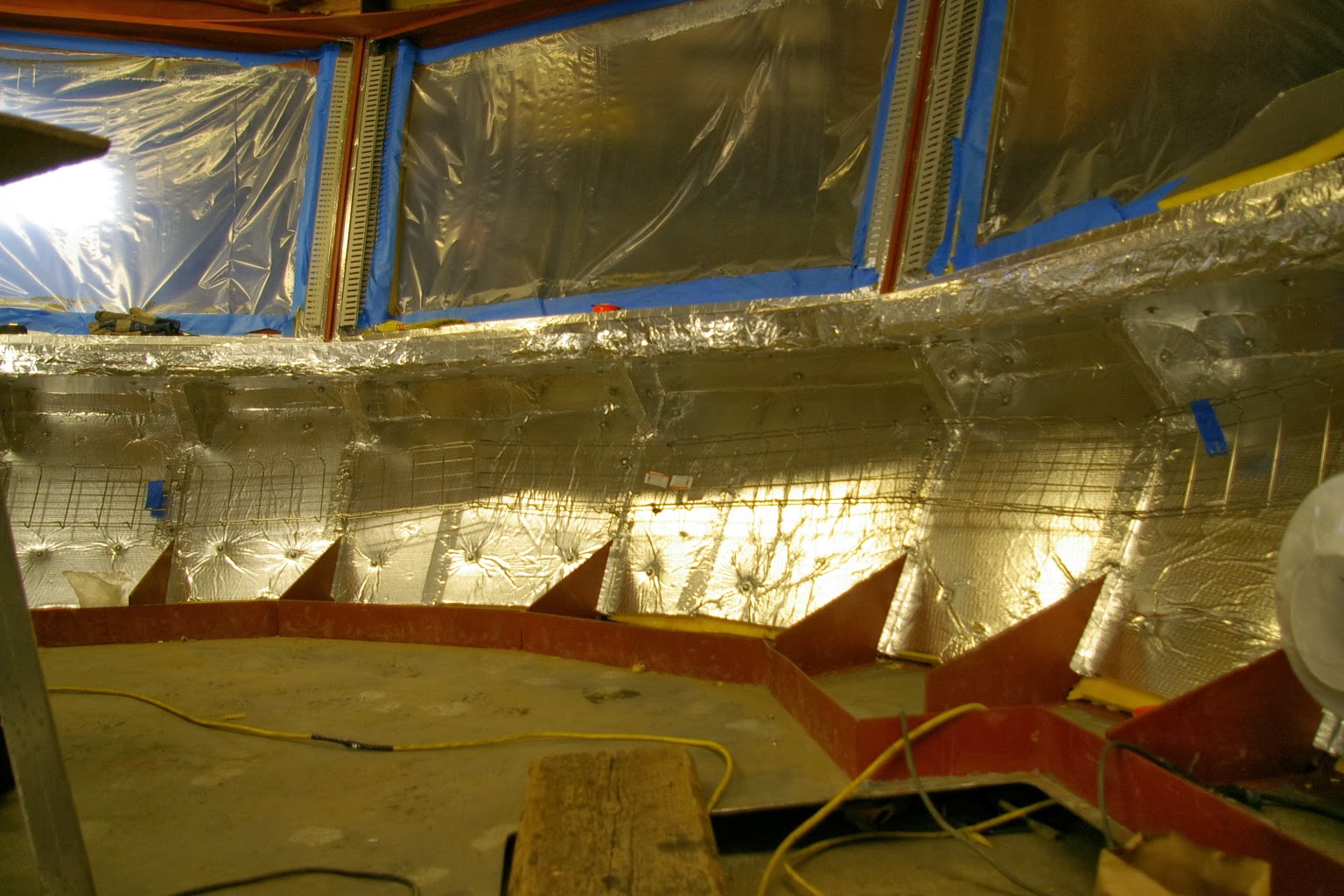 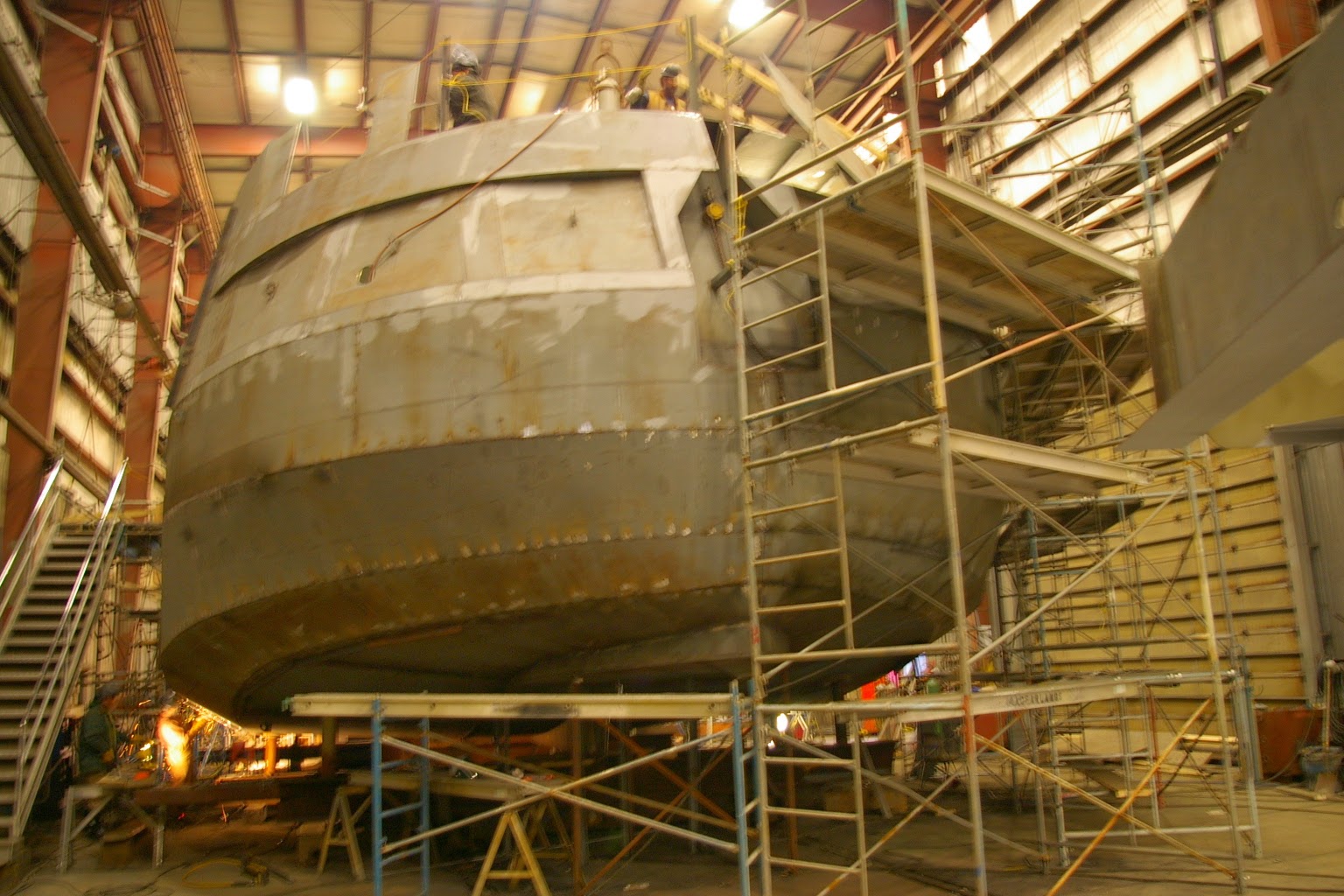 (Below) Wheelhouse fitting out. 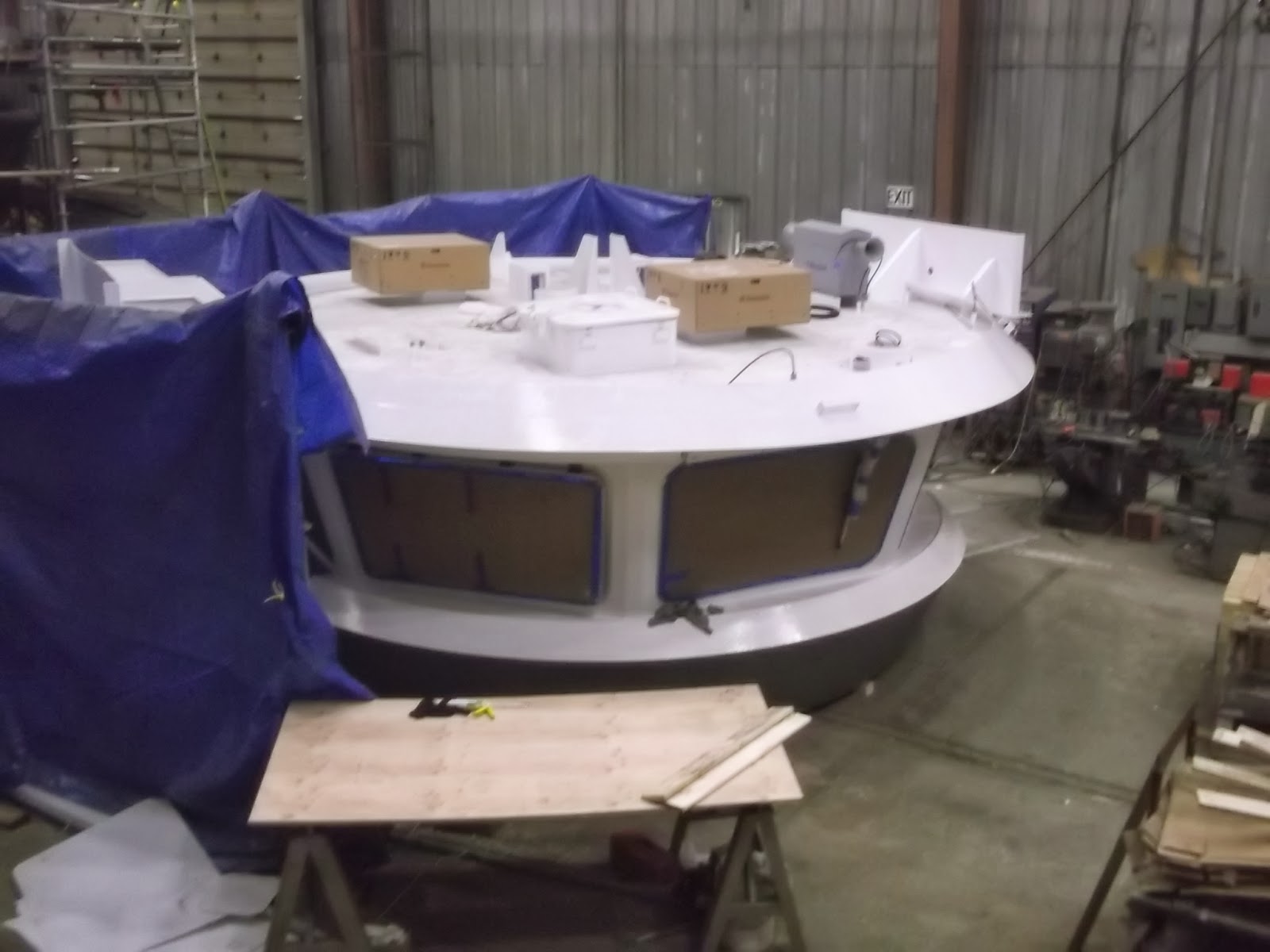 The Digby Courier  had  Article with an update from mid December. The Photos below By John DeMings who wrote the article. and were taken from the article. 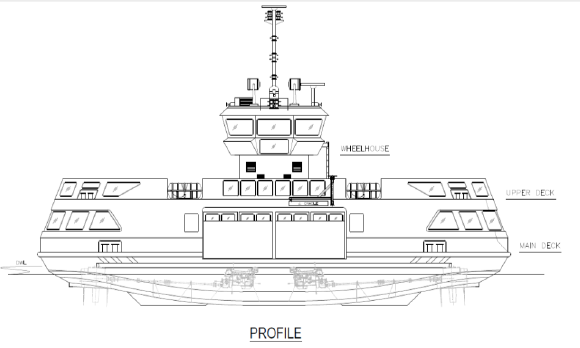 With the arrival of Victorious, and her Barge to the McAsphalt dock yesterday, today brought the movement of the Algoma Dartmouth from pier 9 to alongside for transfer.

UPDATE: A clear day allowed me to get the shot today (01.31) It appears the  tug/barge will be topping up Algoma Dartmouth Directly. 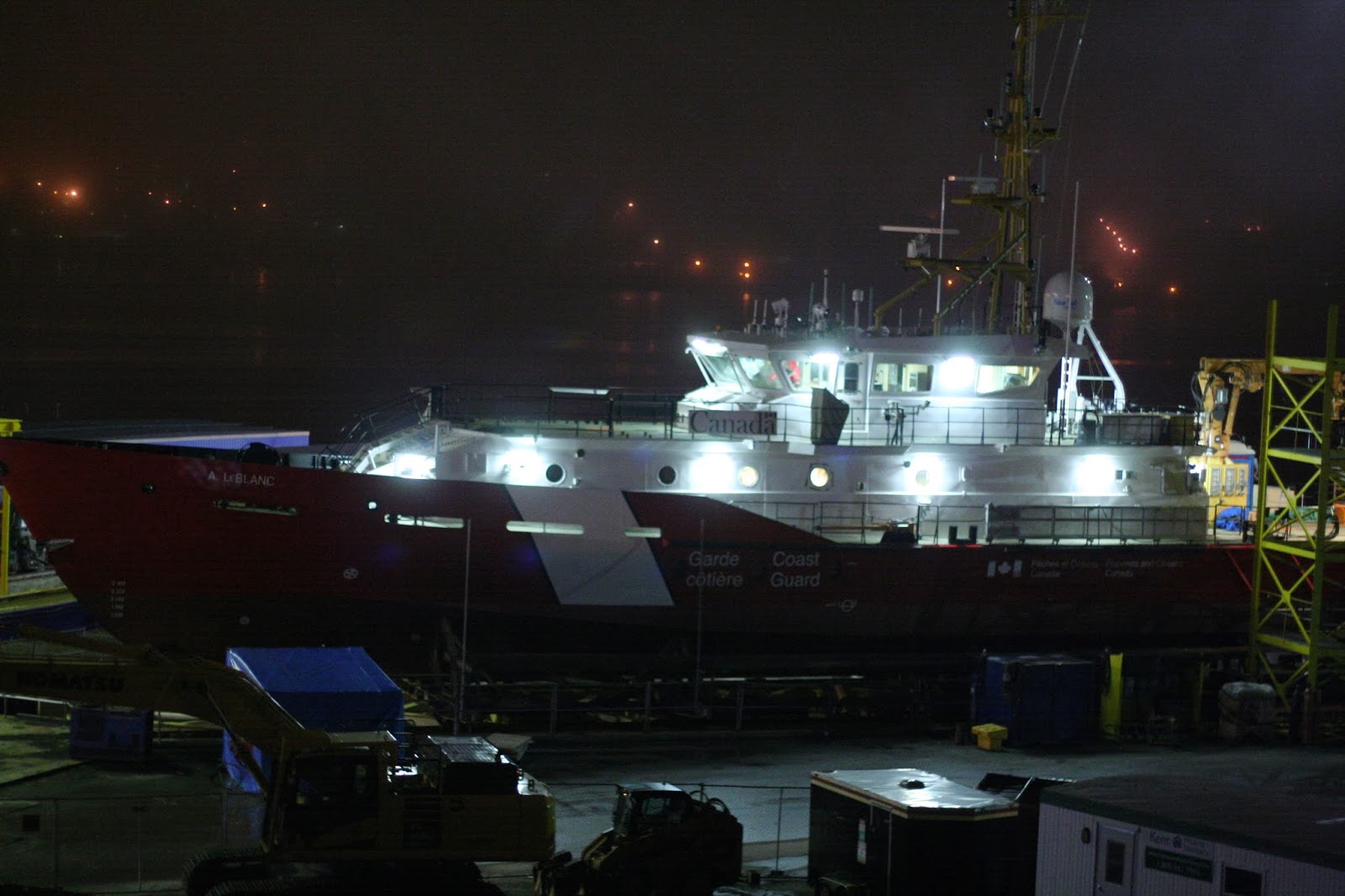 In what was perhaps a prophetic photo (Above) from the 17th, the CCGS A. Leblanc is scheduled to launch tonight, at 0200am on the 27th. I cannot recall a night launch previously, though its likely an attempt to foil media coverage  – likely to be heightened due to the injury on the initial attempt.

This weeks caller on the g6 service is APL Cyprene. She has been here before. 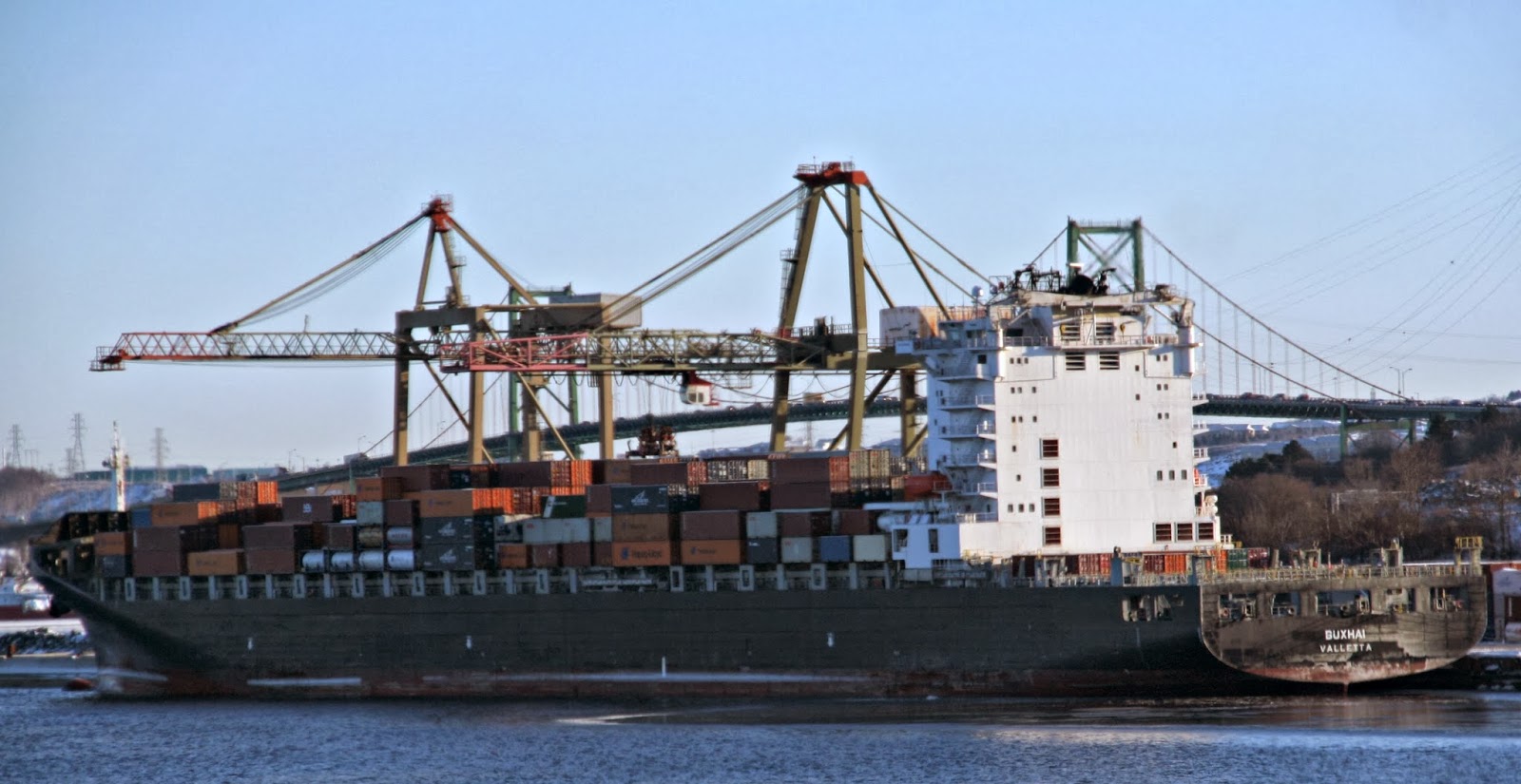 Due to weather induced delays, the Container ship Buxhai arrived at the outer anchorage yesterday, and moved to Fairview Cove this morning. Built under the current name in 2005, she then serverd on charter to MSC as MSC Lausanne until that charter ended in 2011, and she reverted to her original name.

I believe she is filling in for the HS Beethoven, which was damaged in December when a container stack toppled, damaging a bunker tank.

The Battle of the Atlantic was the longest and most decisive battle of the Second World War, and winning it at sea came at a high price with the loss of 24 Canadian naval and 72 merchant ships, numerous maritime patrol aircraft and over 5,000 members of the RCN, RCAF and Merchant Navy.

Battle of the Atlantic Place will not be a museum. It will recognize and honour a generation that was supremely challenged, fought with great courage, and advanced Canada onto the world stage. It will be an innovative, experiential centre where guests do much more than learn about the greatest naval battle of World War II. Guests will go on a journey that gives them a visceral sense of Canada’s decisive role in winning the war itself. They’ll feel what it was like to serve at sea in a ship under constant threat, to design and build hundreds of ships in an impossibly short period of time, to fly the unforgiving skies over one of the stormiest oceans in the world, to industrialize on a national level when there was very little capacity to start with, and for people and provinces to come together as a nation to achieve success.

Located on Sackville Landing The building will encompass HMCS Sackville. – the last example of a class of ships that numbered in the hundreds. The plans for the building are well developed, the site is secured, and the programing is developed.

In terms of story telling (which is what they want this facility to do) the plans look to give the Canadian War Museum a run for the money.