The federal governments ship procurement process has generated lots of interest locally as the benefits to Halifax (and the Atlantic Provinces in general) if Irving Shipbuilding is awarded the contract.

Lobbying efforts have so far included visits from the Premier, a Web site, and apparently now banner ad’s on Ottawa News Web sites. 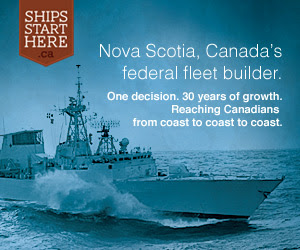 The Chronicle Herald reported that the boat is USS Boise (SSN-764) – A Improved Los-Angeles class sub based out of Norfolk Va. She was here for Memorial Day Commemorations on Dead Mans Island, where 200 US sailors are Buried from the War of 1812.

She is scheduled to sail today at 1400.
(Photos to follow) 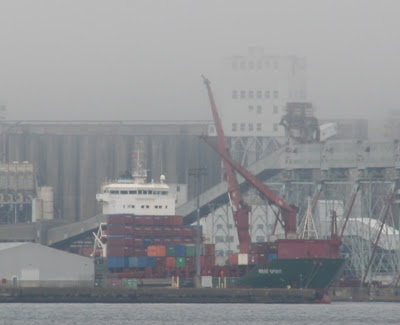 A new Ship for Nirint? Nope, just a new name. Nirint Spirit Arrived for the first time since Aug 2010 when she was known as Nirint Pride. Its an interesting time for a renaming, since she was involved in a collision damaging her bow in 2009. (See Previous)

under her old Name: 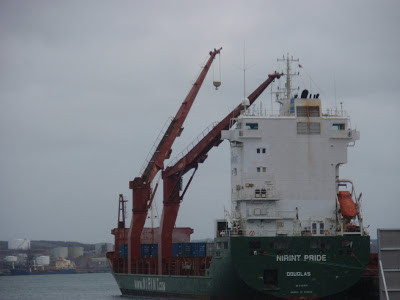 Atlantic Condor Sailed this evening with Deep Panuke listed as the destination.
this follows a week of testing in the basin, and the installation of ROV equipment. 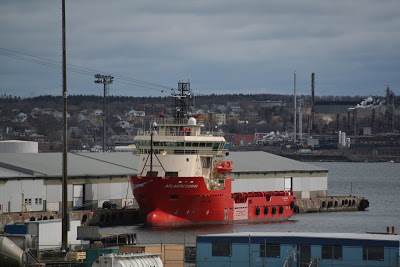 Be on the lookout for AFL New England. Atlantic Feeder lines has announced a new service between Halifax, Boston and Portland Maine. Reports have the Service starting in the next week or so, and the Vessel is currently tied up in Portland.

The Vessel (from marinetraffic.com)

An unknown US Nuclear Submarine arrived today, and tied up at Shearwater.
Nuclear submarines are restricted to Shearwater, and Diesel’s will come right into the Dockyard. Radio traffic referred to the boat as “US Naval Unit” typically us warships will be referred to by their hull number – “US Warship 52”. She is likely an Improved Los Angeles Class Submarine based on the sail shape, and lack of diving planes on the sail, but this is unconfirmed.

She arrived in, and stayed close to the fog, so here is an enhanced photo: 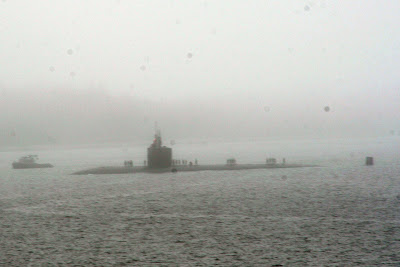 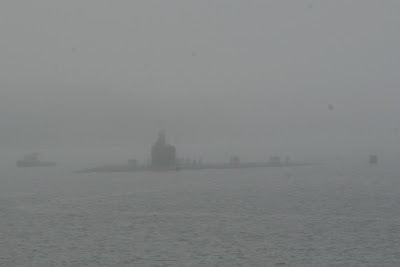 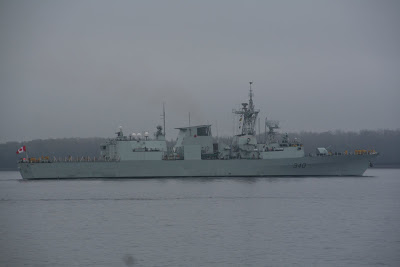 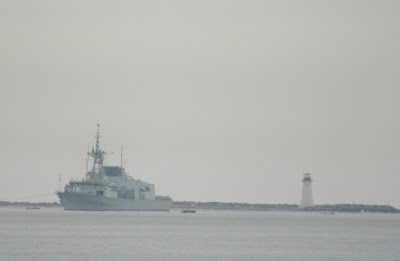 HMCS Shawinnigan in the inner Harbour 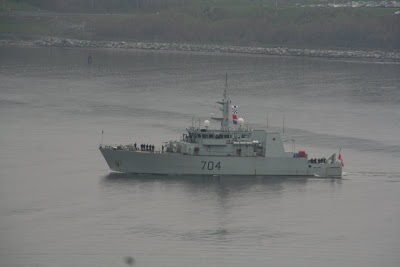 Stay tuned tomorrow for a US Naval Vessel, tieing up at November Alpha (Navy A, the one at Shearwater) – indicating a Nuclear Submarine

A Rarity for me to capture, K-Line Vessels always seem to arrive and depart at awkward times. Lions Gate Bridge (Named for the Bridge in Vancouver)Arrived at Halterm just prior to Berta. 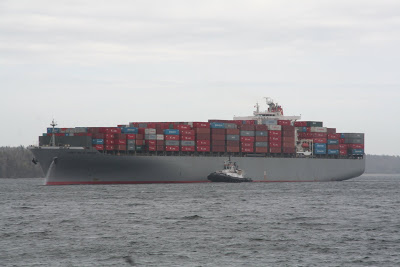 Atlantic Cartier Trailed the Both of them 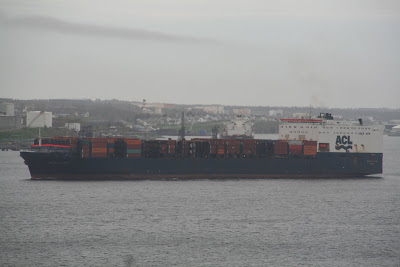 Earlier in the Day, Oceanex Sanderling Arrived (Autoport), As did the Liberian registered tanker Glenda Melissa (Imperial Oil)who is apparently very New, due to very clean paint, and only 1 photo of her being available of her in New Jersey 10 days ago (Via Shipspotting). 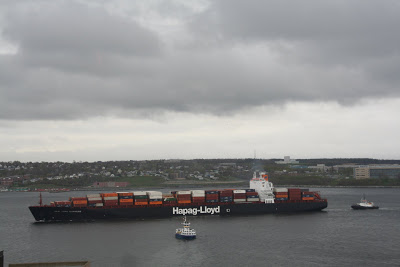 New York Express Picked up her Pilot at 1530, and Zim Mediterranean took up Anchor in The Outer Anchorage, Due at Halterm Tomorrow Morning. Berta and Lions Gate Bridge are scheduled to depart Early this evening.

Berta Arrived today as originally planned, filling in for Reykjafoss (who is believed to still be in Agentia NFLD). As Reported at Shipfax Berta first arrived on may 16th, outside of what Eimskip Published. 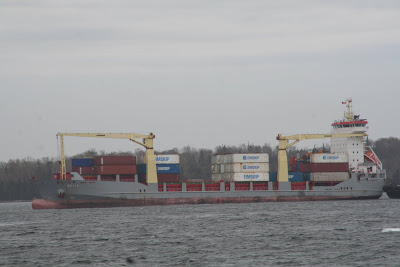