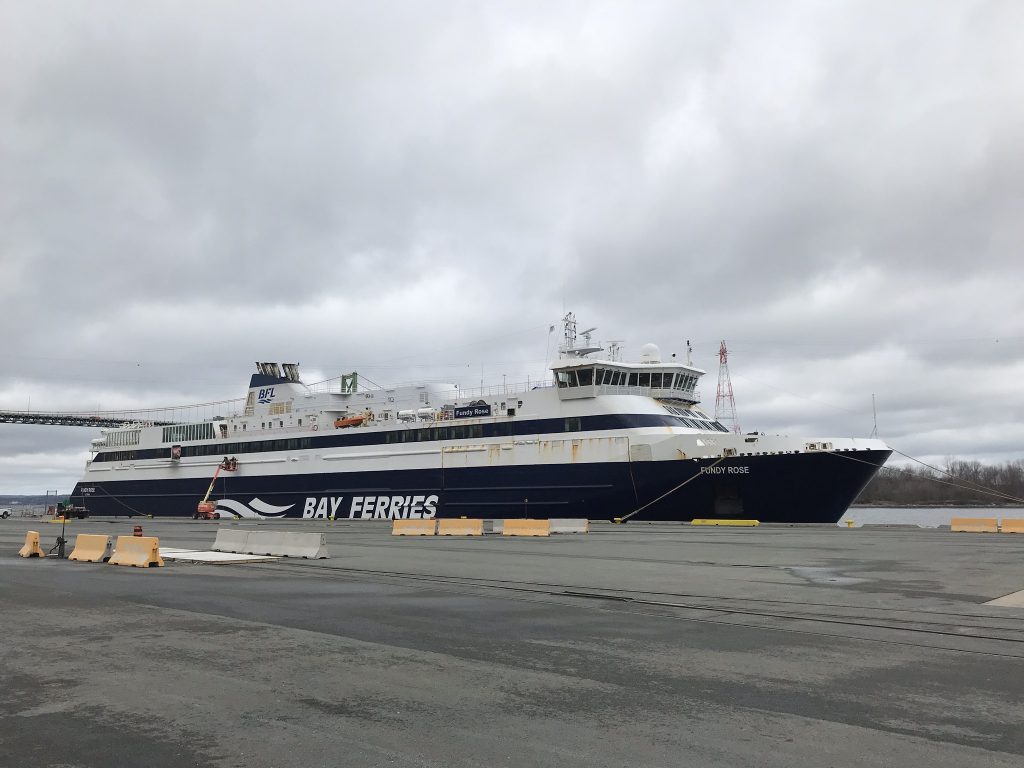 the Digby to Saint John ferry Fundy Rose has spent the winter at pier 9 undergoing a work period. She arrived in Halifax in December 2014 from Greece, and was put into service in the summer of 2015 replacing the Princess of Acadia.

Fundy Rose is scheduled to return to service April 10th. 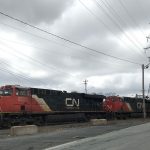 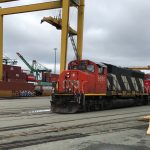 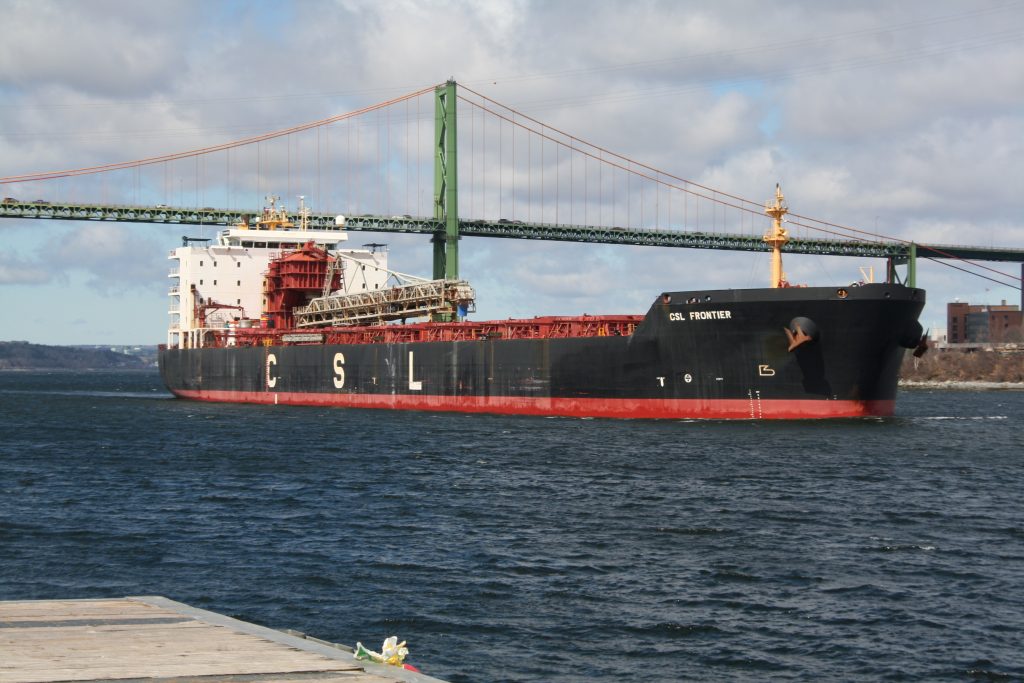 CSL Frontier is no stranger to Nova Scotia waters. She was built as the Gypsum Centennial, specifically to trade out of the gypsum dock at Hantsport on the bay of fundy. As a result, she is built to a shallower draft, and is wider then most bulk carriers of her size. Painted Black, and Flagged in Barbados, she trades for CSL’s international arm.

Todays voyage was bound for Georgia. 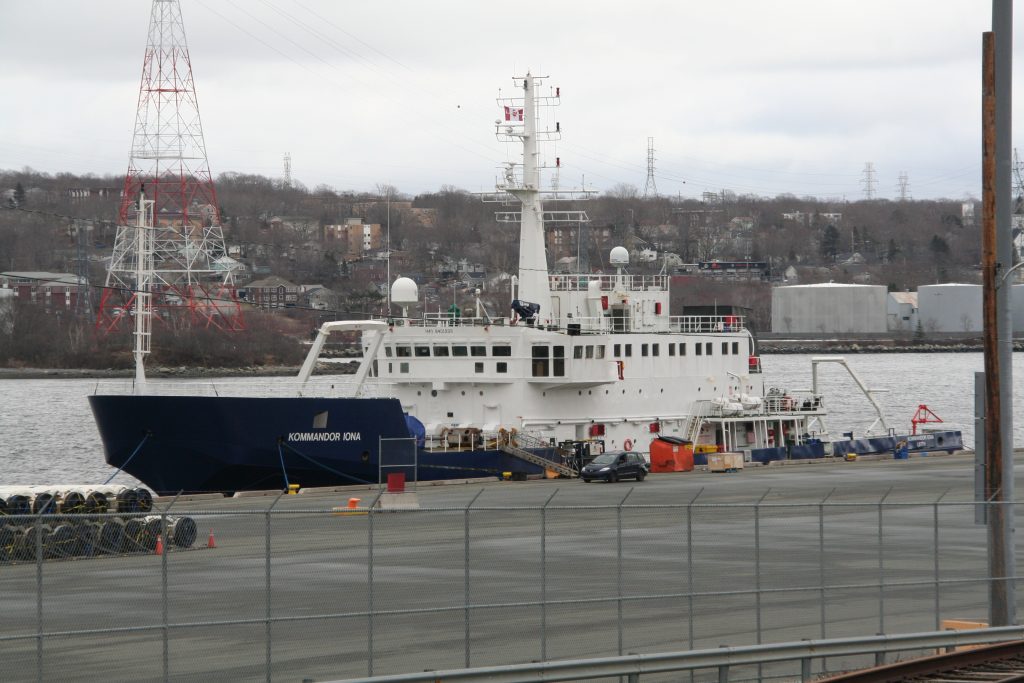 the British flagged research vessel Commander Iona arrived last week and tied up at pier 9. She was built in 2008, and recently refurbished in 2015. Owned by Hays Ships Ltd, of Aberdeen, she’s outfitted for survey work, and is likely here as part of BP’s upcoming exploration program. 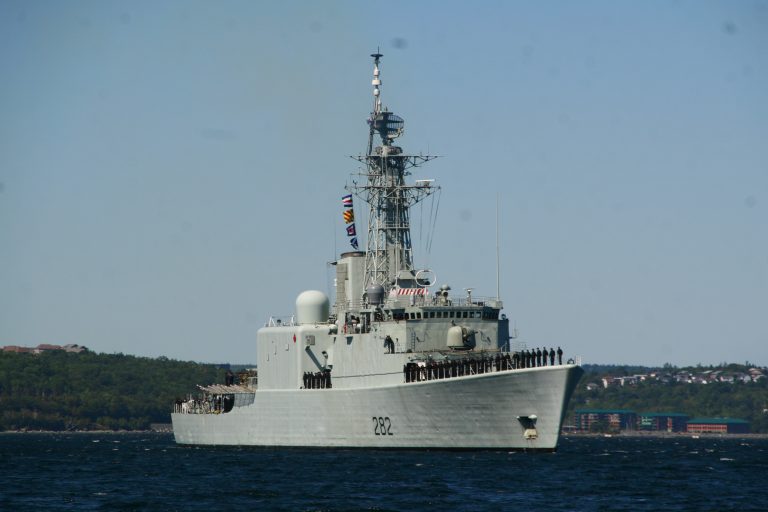 Word from Marlant is that Athabaskan will make her way to the Scrap yard Wednesday at 10am. She is the Last of the Iroquois Class destroyers – Algonquin, Huron, And Iroquois having all previously been scrapped.

Athabaskan was Paid off March 10 2017, and has been sitting at the dockyard having salvageable parts removed.

She is now scheduled depart at 5pm, under tow of the Atlantic Larch. 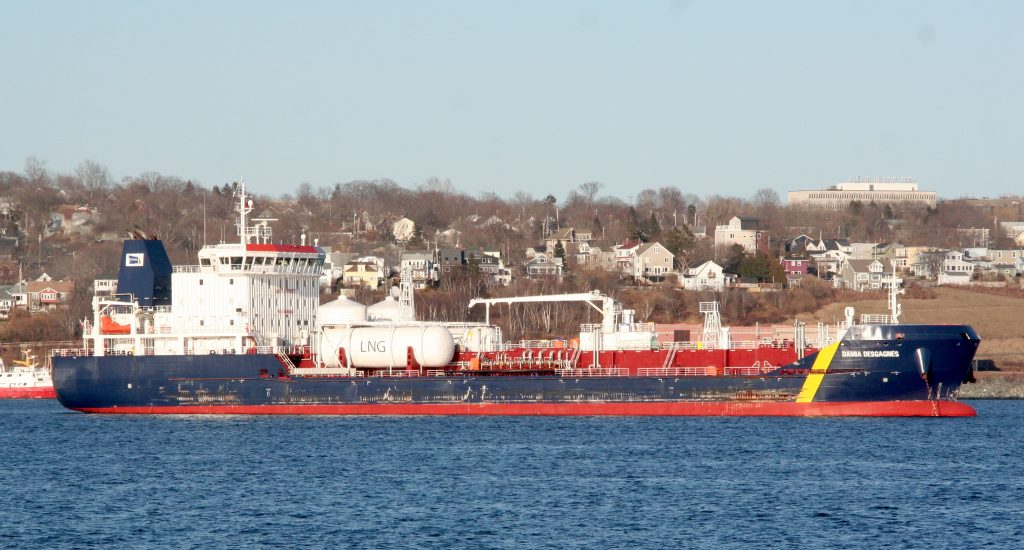 The Desgagnes tanker Damia Desgagnes has spent the past few days at anchor in the inner harbour. running between Montreal and Halifax, she’s carrying asphalt to the McAsphalt Dock in Eastern passage, and is scheduled to move to the dock at 10:30 tonight. The ship was built in 2017, And is a hybrid – she can run traditional fuels as well as LNG – or Liquefied Natural gas, which is stored on deck in 2 large tanks.

Canadian Flagged, she is home ported in Quebec.

Arriving into the setting Sun, the Spliethoff  M-class vessel Muntgracht put in for a very quick stop.  Tieing up just after 6 pm, she is scheduled to sail at 8pm. so short is the stay, that the tug Atlantic Oak tied up against the se wall behind her.

Cargo operations began right away, and appear to 20′ flat racks with radioactive material casks. You may recall a failure of one of these caused a scare on a ACL ship a few years ago. US Customs rules make it simpler to import these to Canada, then truck them to the US, rather then shipping directly.

Spliethoff seems to have taken over this business as of late. 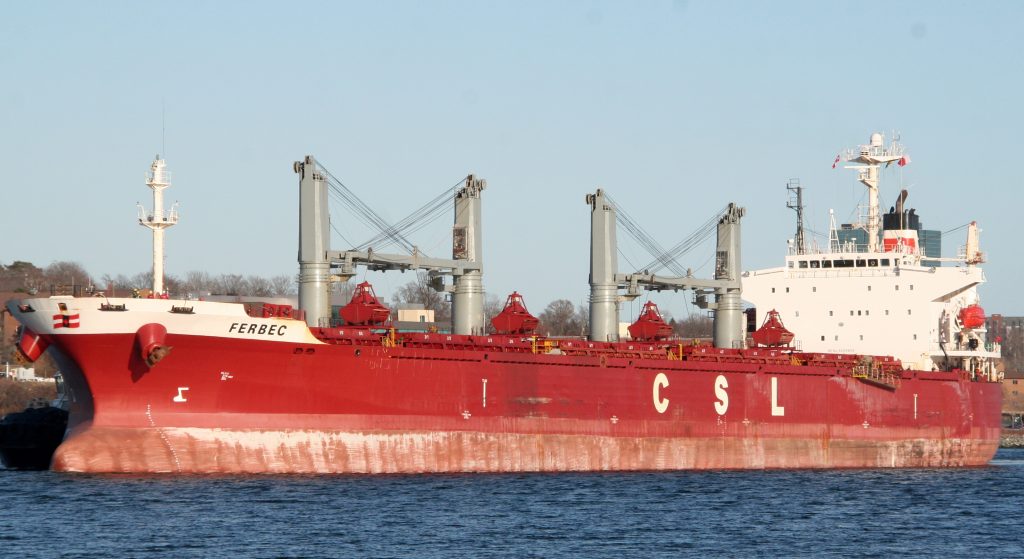 the CSL Geared bulk Carrier Ferbec made her way to pier 9 this evening. She is here for a short changeover – she was charted in South America over the winter and will be returning to Canadian Flag and Crew before returning to work in Quebec.

Her last port was in Venezuela. 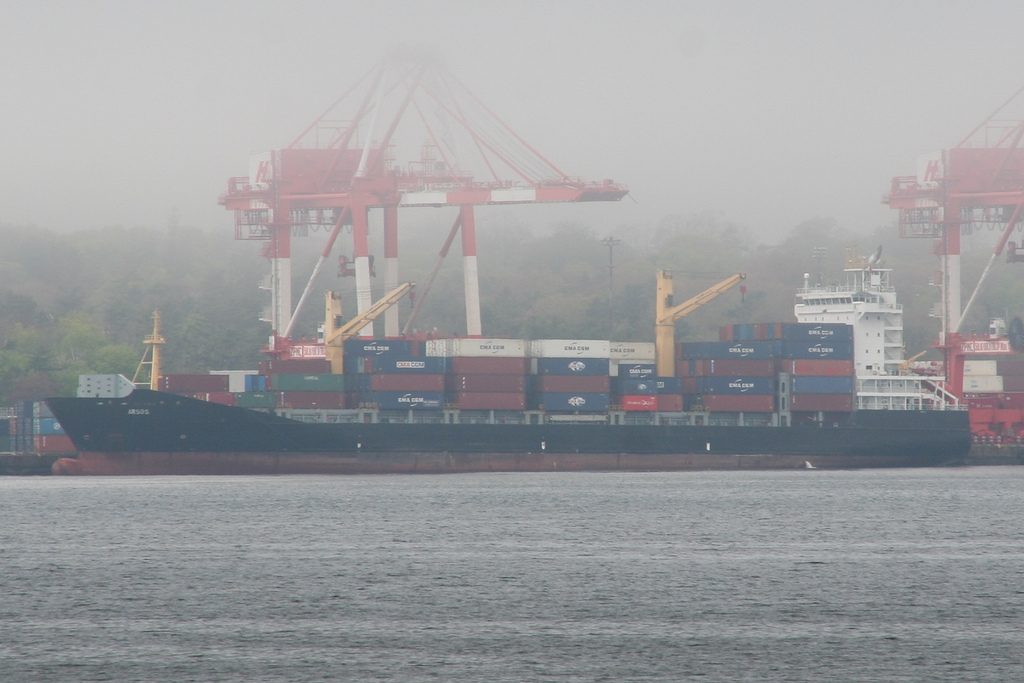 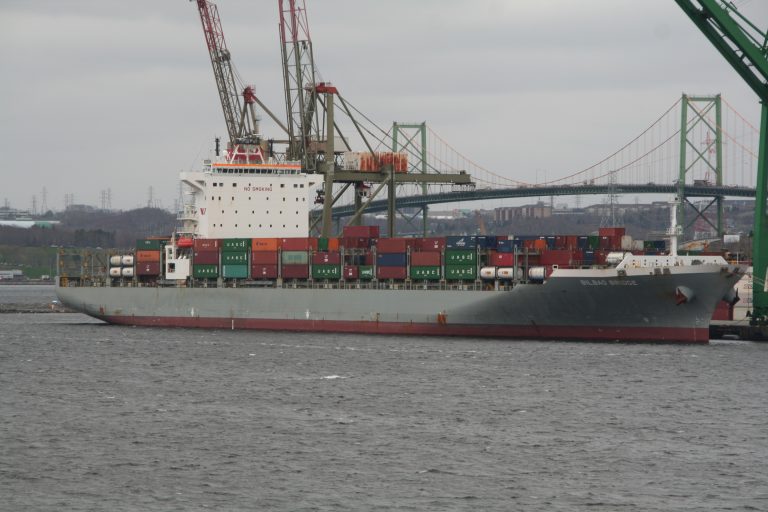