though no release has been issued, CCGS Corporal McLaren M.M.V. is now tied up at BIO, and carries a Canadian registry. This signifies that she has been handed over from the Shipyard to the Coast Guard. 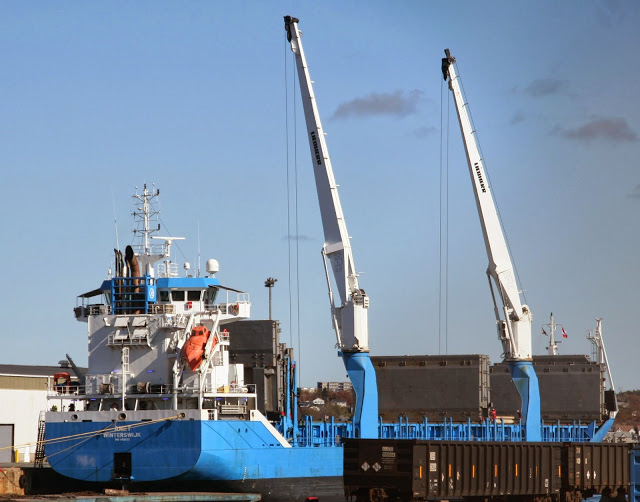 the Dutch general cargo ship ANET arrived this morning. She doesnt apper on anyones schedules, so im not sure why she is here – though she probably has some sort of break bulk cargo to deliver.

Update 11/06
She rolled back to the grain Spouts over the weekend and loaded. She sailed today, bound for Casablanca. 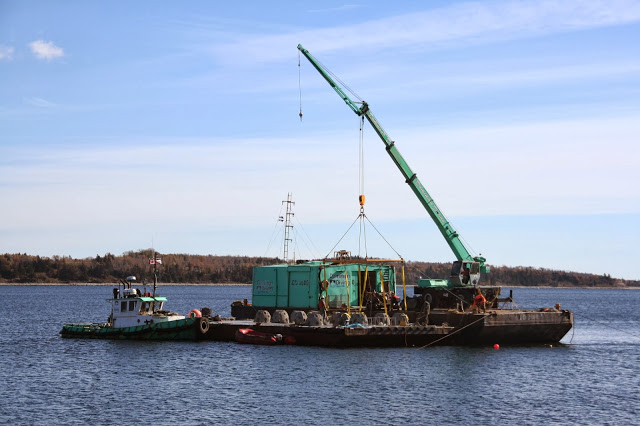 Dominion diving was spotted lowering Concrete shapes into the harbor off Point Pleasent park. The Reef balls were designed to promote marine life, and are being deployed in consultation with Clean Nova Scotia.

The Reef balls were born out of a desire to offset damaged caused to the Marine environment by the construction of Piers and docks. If an area is damaged due to construction, the use of these shapes can allow an equivalent environment to be created where there was not one previously.

Dominion and Clean NS are deploying 100 of these blocks – 50 off Point Pleasant, and 50 more off Mcnabs island.

Today saw a traffic jam at Fairview Cove. APL Belgium arrived just after noon and anchored. Kobe Express arrived just after 3pm and also headed to anchor. (Foreground). Both vessels were waiting for Oakland express to depart, which occurred just after 6pm, the two vessels then tied up along side. 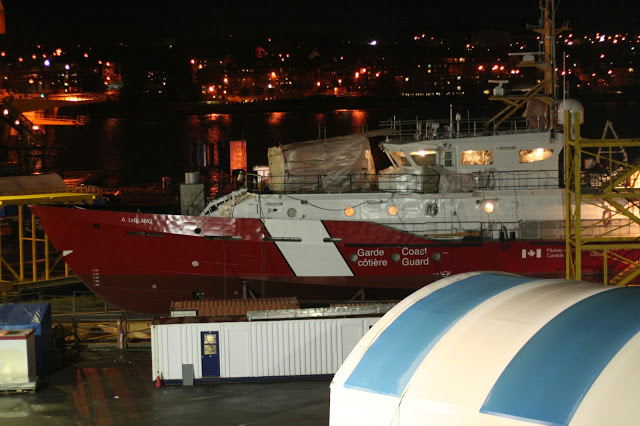 Work on Hero Class #7 CCGS A. LeBlanc has been progressing. it was rolled back last week, though there has been no sign of hero #8 outside the assembly hall. 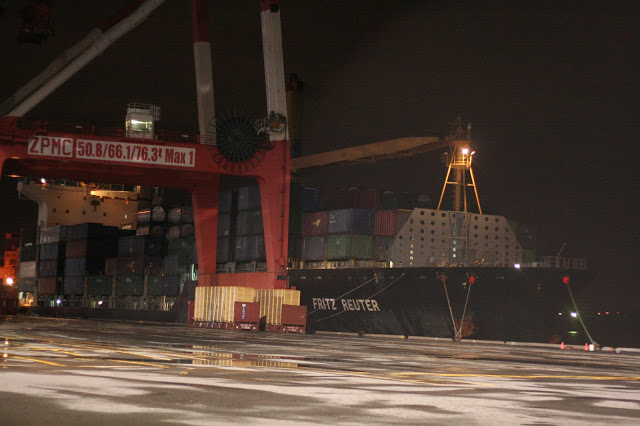 The container ship FRITZ REUTER Arrived on the 27th for Melfi lines. She is running as a replacement for the Michael A. It is unclear if this is a permenant change or if the Michael A will return to the route.

PEI ferry holiday island is due at the halifax shipyard tomorow morning around 9am.

CN And Toyota put together this video, highlighting how Cars built in France are delivered to North America. Interesting view of How Autoport works.

As predicted, The Minister of National Defence, today announced the names of the RCN’s new Joint Support Ships  which will be built by Vancouver Shipyards Co. Ltd.under the NSPS. The two Joint Support Ships will be named HMCS Queenston and HMCS Chateauguay in recognition of the significant battles of Queenston Heights and Chateauguay during the War of 1812. Both vessels will be the first RCN vessels to carry these names.

Traditionally, the name of a class of warship is derived from the name of the first vessel in this class to be constructed. HMCS Queenston will be built first, therefore, the two JSS will be known as the Queenston-class. The Design is based in the German Berlin Class

These ships will provide underway replenishment capability, for fuel and other supplies, and offer hospital facilities and strategic sealift for operations ashore. They will ensure that the military can continue to monitor and defend Canadian waters and make significant contributions to international naval operations. The JSS will provide Canada with a modern, task-tailored, globally deployable support capability for naval task groups for extended periods.

Yesterday a release went out to Media inviteing them to attend an important announcement concerning the Royal Canadian Navy’s Joint Support Ships at the Queenston Heights National Historic Site located at Niagara-on-the-Lake, Ontario on October 25, 2013.

Given the announcement is at a historic site, could the government be announcing the names of the vessels? Posibily with a war of 1812 theme?
Canadian naval vessels are not named for people, but after native tribes and rivers and Canadian cities. Could the next supply shop be HMCS Queenston?
I guess we will find out at 12:30 Atlantic time