Peter is available for media interviews on local Maritime issues. He also holds a large collection of photos of shipping subjects from Halifax suitable for publication.You can contact him directly via email at peter@halifaxshippingnews.ca 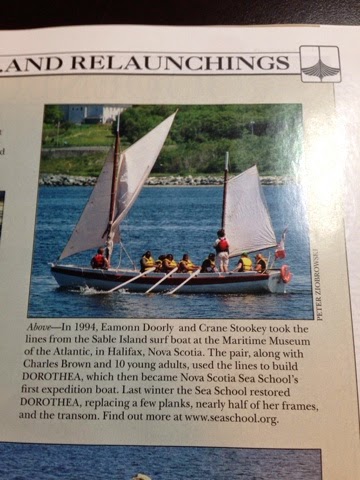 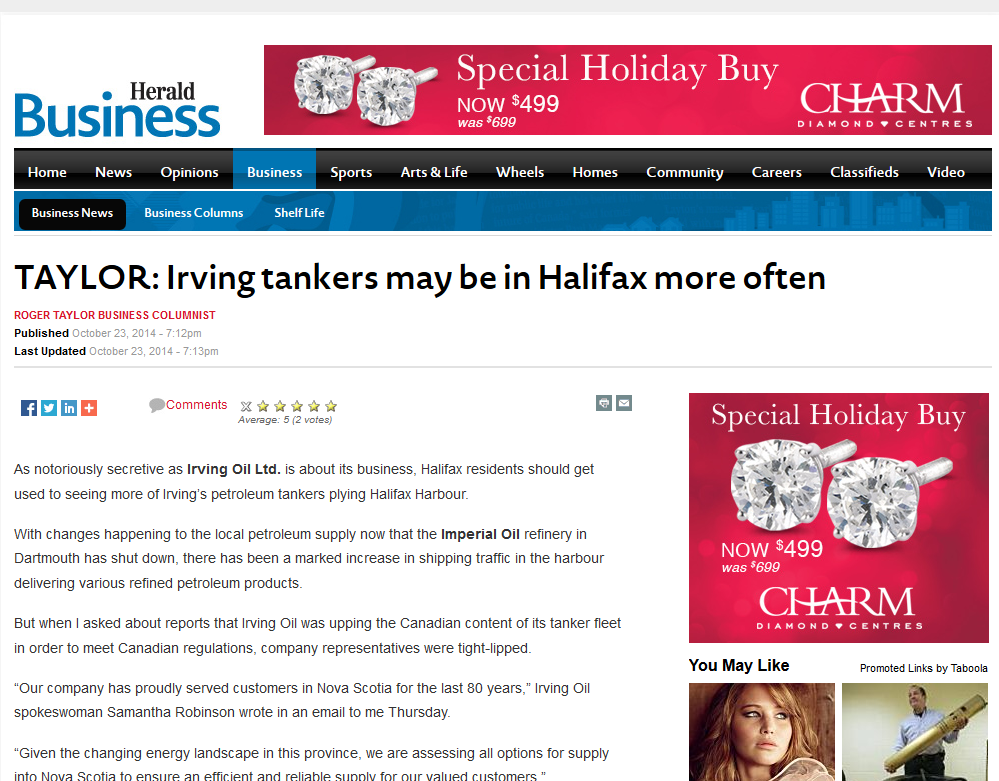 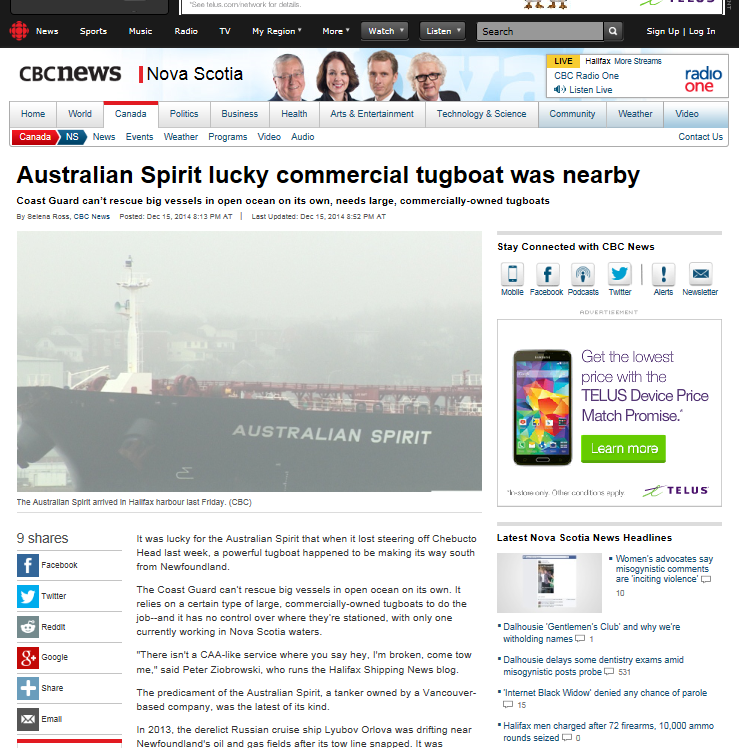 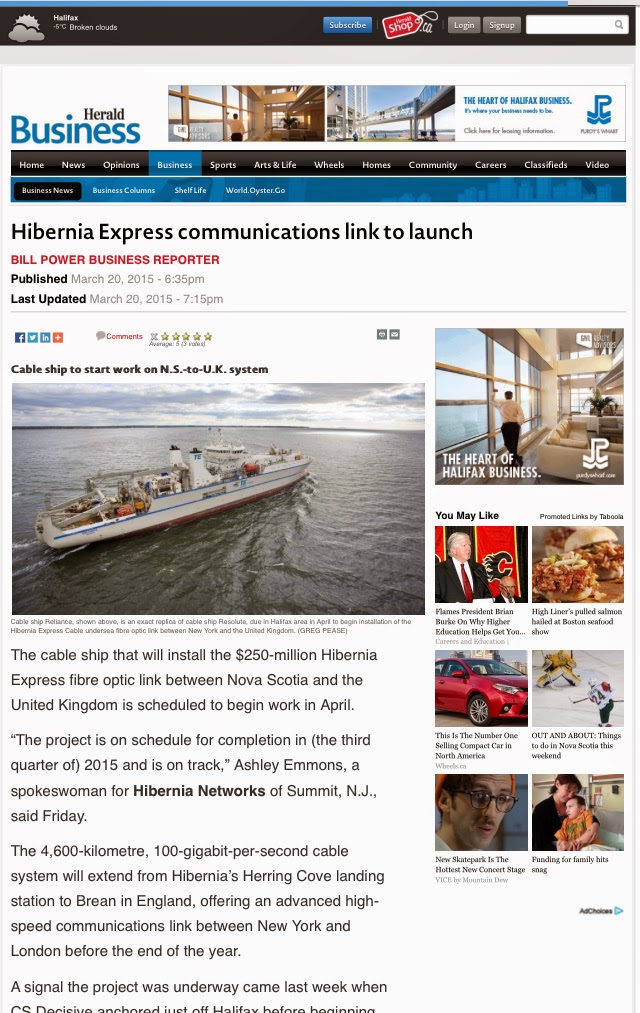 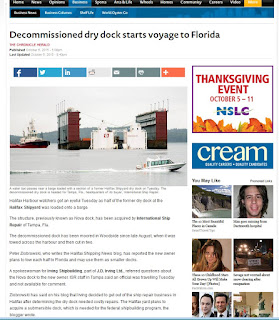 *Note that i did not actually speak with CH Scab reporter. Quotes were taken from Blog posts.