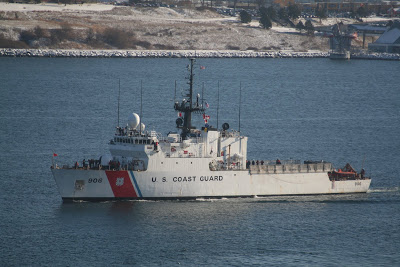 SCOTT TURECAMO WITH BARGE NEW HAMPSHIRE moved from Imperial Oil to the Anchorage, Presumably to wait out the weather.
Scott Turecamo is a semi regular visitor to Halifax, with various oil barges. Known as an ATB for Articulated tug and barge, the tug mates to the barge with a special pin so it is ridgidly connected. The advantage is that a tug and Tank barge requires fewer crew then a tanker, so ATB’s bend the rules and save their owners some crewing costs.

Georgia S sailed today with a load of Gypsum. The gypsum business is still struggling, with more layoffs announced today. Georgia S will likely be back to her anchorage in the Bedford Basin within the week. Atlantic Condor, Atlantic towing’s new supply ship also sailed early this morning, presumably for more trials. 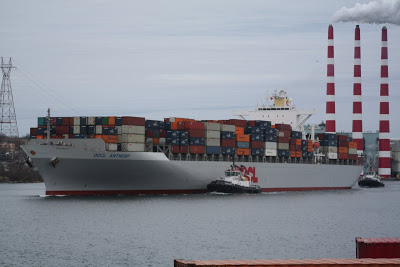 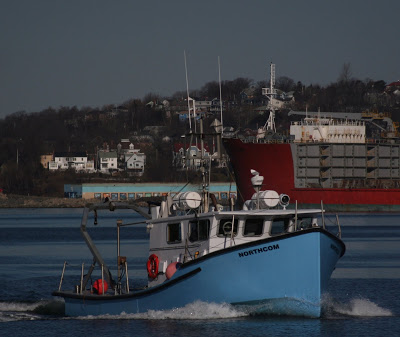 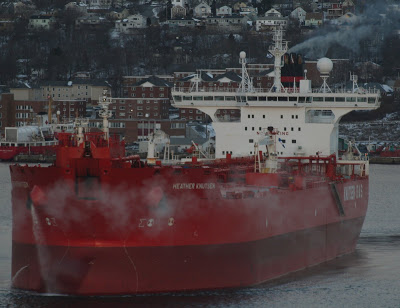 in no particular order, so recent, as yet unpublished photos. 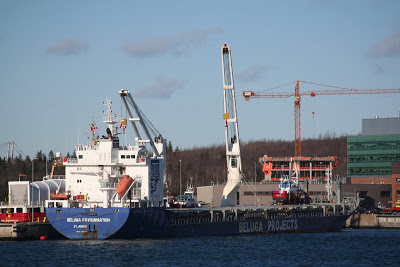 The Beluga Favourisation Docked at BIO yesterday afternoon in the midst of the Snow storm, and unloaded its deck cargo of 45′ Motor Life Boats for the Coastguard.
She Departed late afternoon today bound for Baie Comeau

UPDATE:
Here are the 3 new LifeBoats on the Dock. 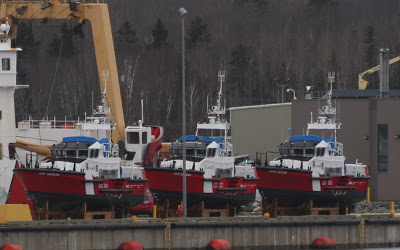 Atlantic Oak, and Triumph have been Found.
They have been riding out the Weather in St. Margert’s Bay

Atlantic Oak Returned to Halifax Around 11 am Today, As Triumph Set Sail for CORPUS CHRISTI Texas with the Rowan Gorilla III 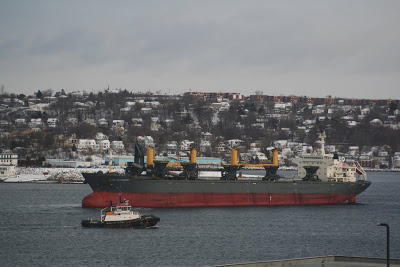 The bulker Alice Oldendorf, Waits at anchorage 7 for the Outbound OOCL Hong Kong to clear the narrows. Large ships must take turns traversing the Narrows, to prevent collisions. Ships are required to contact Vessel traffic Services as they Cross the ferry track and Bedford Instute of Oceanography. VTS functions like air traffic control for ships in the harbour.

Dockwise’s M/V Triumph arrived this past Wendsday evening and anchored mid harbour (Anchorage 6) as Chumel was still ocuppying Anchorage 1. Anchorage 1 is favorored for its large manuvering area, espically the area off Ives Knowl for its deep water, which ranges from 26m to 37m deep.

With Chumel sailing on Thursday, Triumph Moved to Anchorage 1 on Friday Morning, and Loaded the Rowan Gorilla III. (which had returned to Halifax after completing drilling for the Deep Panuke Project, and had been Tied up at Woodside) Saturday. 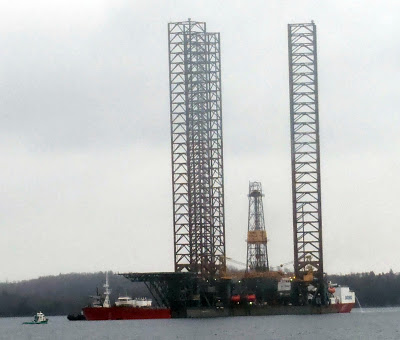 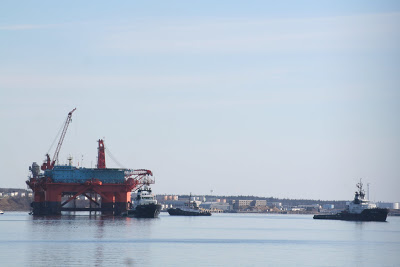 PSS Chumel Left just after 13:00 today. The photo was taken around 12:30 just before she left.

OOCL Britain, anchored in the Bedford Basin, presumably because the longshoreman have the day off.