The Battle of the Atlantic was the longest and most decisive battle of the Second World War, and winning it at sea came at a high price with the loss of 24 Canadian naval and 72 merchant ships, numerous maritime patrol aircraft and over 5,000 members of the RCN, RCAF and Merchant Navy.

Battle of the Atlantic Place will not be a museum. It will recognize and honour a generation that was supremely challenged, fought with great courage, and advanced Canada onto the world stage. It will be an innovative, experiential centre where guests do much more than learn about the greatest naval battle of World War II. Guests will go on a journey that gives them a visceral sense of Canada’s decisive role in winning the war itself. They’ll feel what it was like to serve at sea in a ship under constant threat, to design and build hundreds of ships in an impossibly short period of time, to fly the unforgiving skies over one of the stormiest oceans in the world, to industrialize on a national level when there was very little capacity to start with, and for people and provinces to come together as a nation to achieve success. 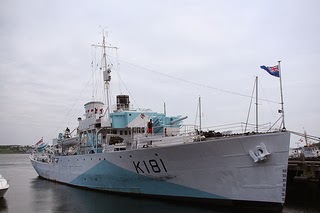 Located on Sackville Landing The building will encompass HMCS Sackville. – the last example of a class of ships that numbered in the hundreds. The plans for the building are well developed, the site is secured, and the programing is developed. 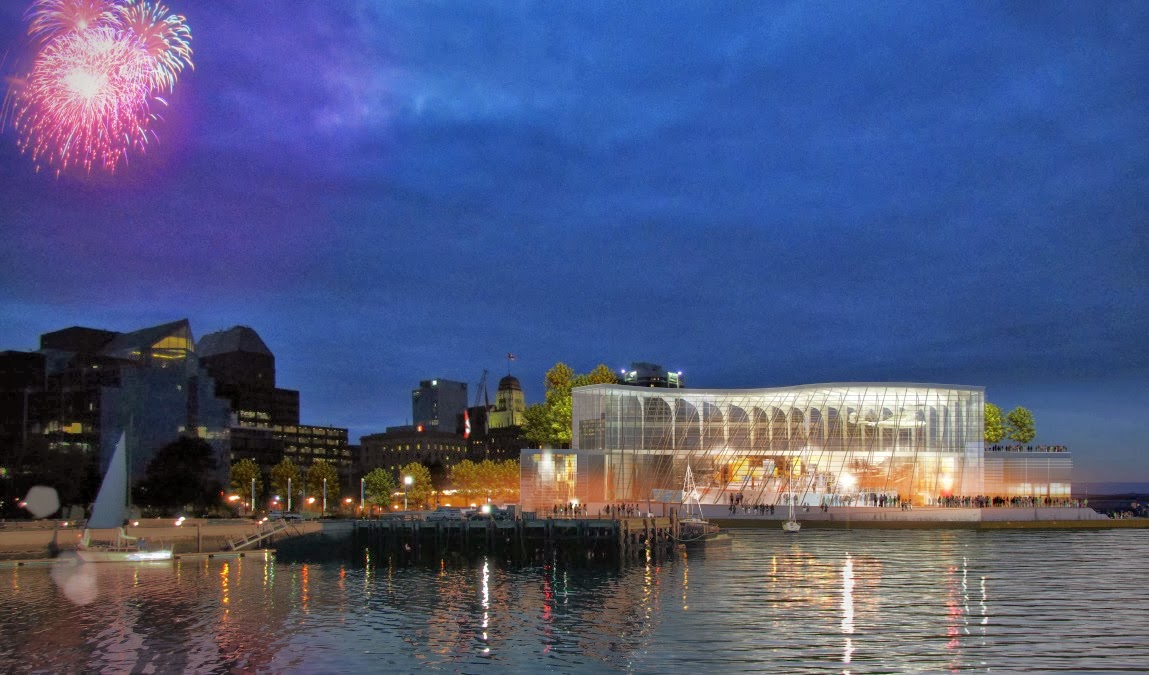 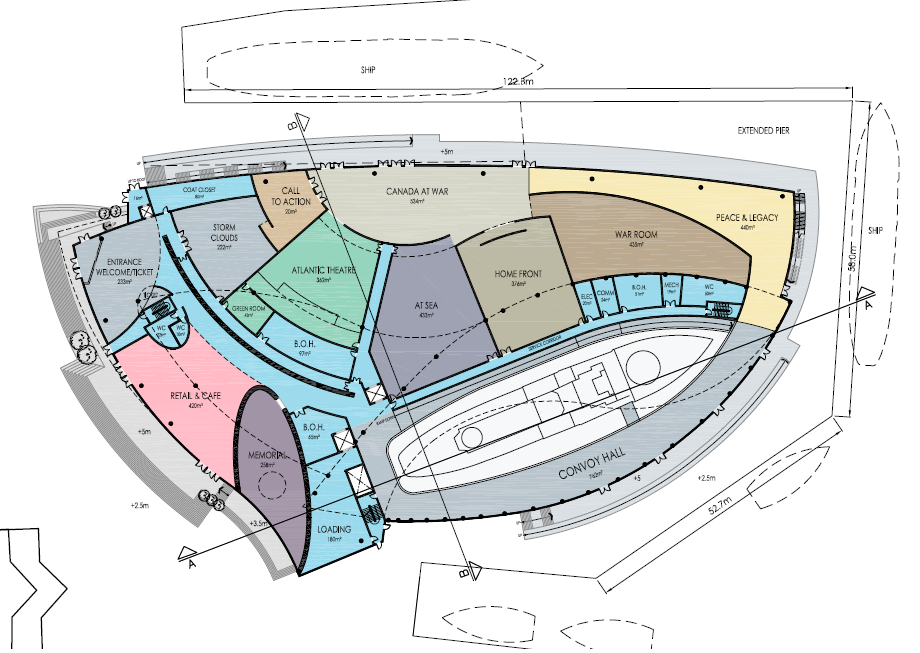 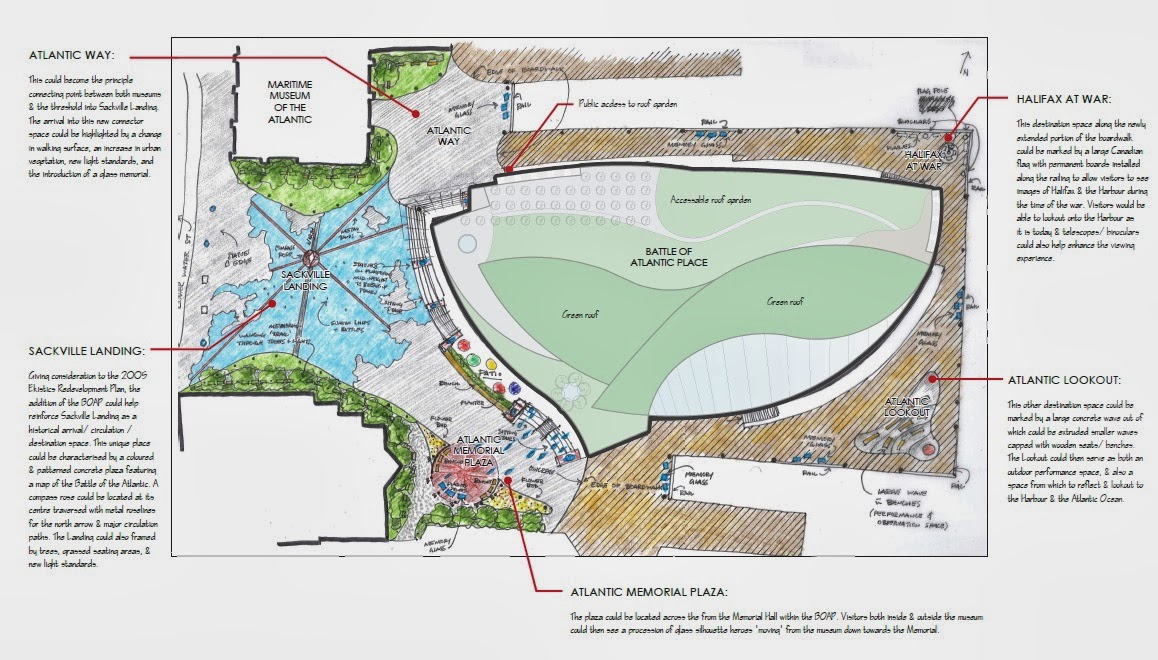 In terms of story telling (which is what they want this facility to do) the plans look to give the Canadian War Museum a run for the money. 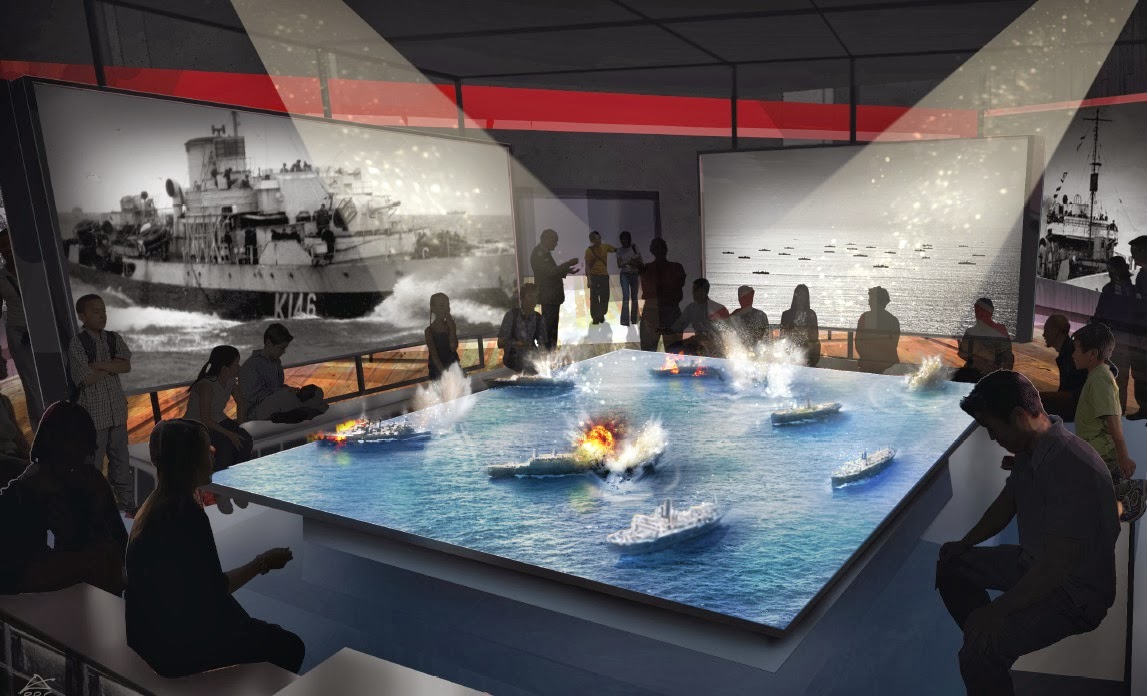