The Olympics are upon us. This post will attempt to Explain the basic workings of the Olympic Sailing Events, and give details of the classes (and link to Canadian competitors.

There are several Classes of vessels, which compete in Fleet  events. Each vessel class has different characteristics. In Fleet competition, all 41 competitors complete 10 races with a mass start. Points are awarded based on your place in each race, and the lowest combined total points wins (you can drop one score) the 10 best boats then go on to do it again for the medals, though this time the points are doubled.

The Venue consist of 7 course locations. the idea is each fleet will race each location at least once. The Medal races are planned for Pao de Acucar, right off the beach. The docking area is highlighted in yellow.

In previous Olympics, Star and 6m Keelboats competed in Match races. Match races are  One on One round robin style, with the best boats moving on to the medal round. keelboats were removed from Olympic competition for Rio by the IOC.

Events run Aug 8-18, and start at 1pm (eastern?) I will update this post with TV/online coverage as it becomes known. Live tracking is available at http://www.sailing.org/olympics/rio2016/multimedia/live_tracking.php#.V6ij2-Nf3RZ 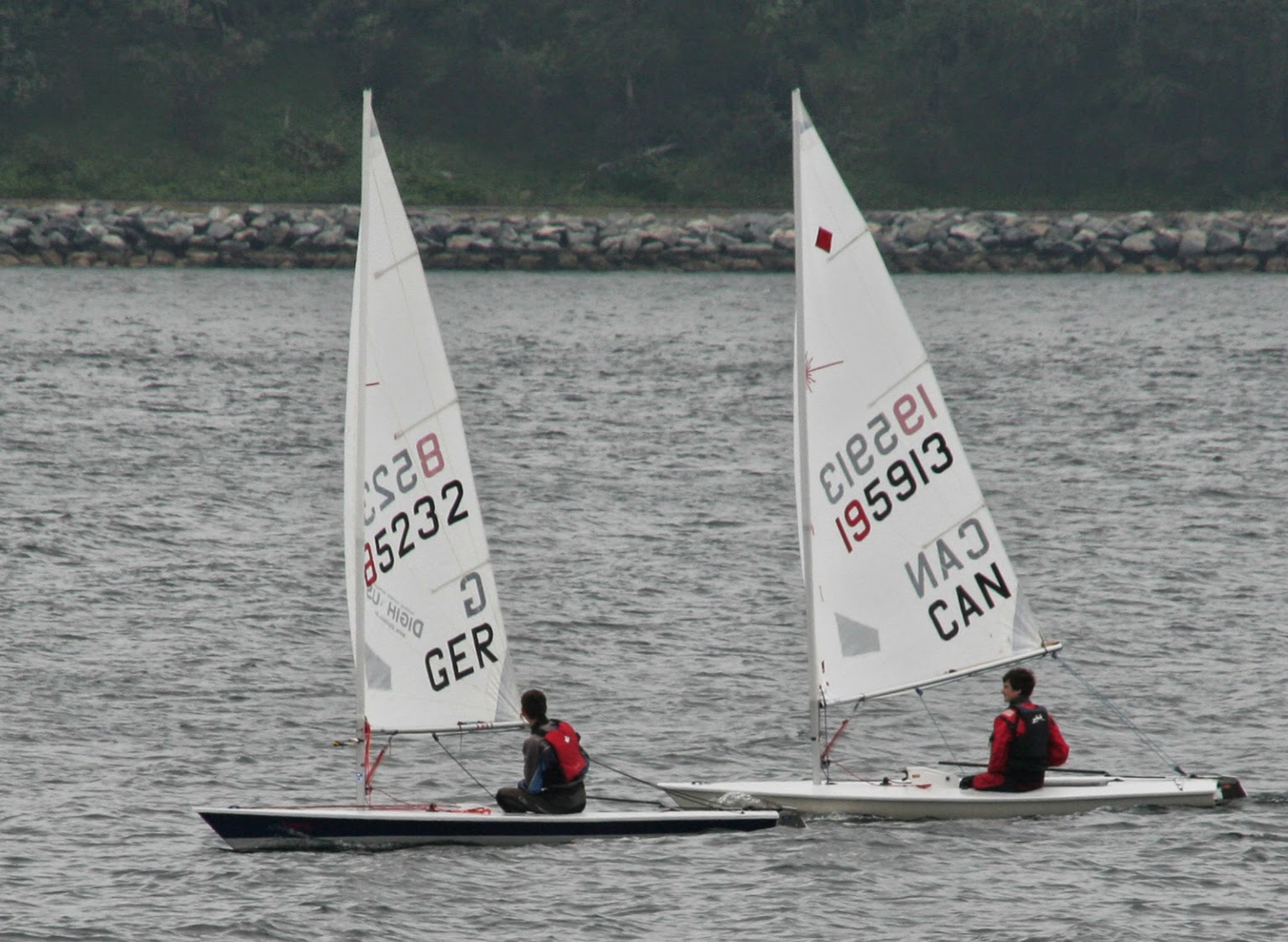 The Laser is a dinghy designed by Canadian Bruce Kirby in 1969. It become the Olympic Standard Dinghy in 1996. As a one-design class of sailboat, all Lasers are built to the same specifications. The hull is 4.19 metres (13 ft 10.5 in) long,  The hull weight is 130 lb, which makes the boat light enough to lift onto a car-top rack. The Laser is Cat-rigged; they have only a main sail. The Laser Standard sail has a sail area of 7.06 m² (76 ft²) and, especially in higher winds (15 knots and over), is most competitive when sailed by a very fit, agile, and muscular person weighing no less than 80 kg (175 lb).

The Laser Radial has been the Women’s Olympic Dinghy since 2008. The Hull is identical to the laser, but the radial uses a  smaller sail(5.7), shorter lower mast section and has a different cut of sail to that of the standard. It is optimally used by someone in the 120-160lbs range. 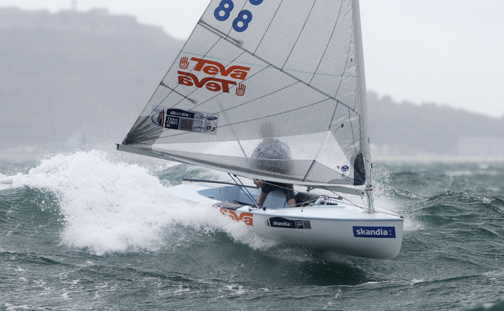 The Finn dinghy is the men’s Heavyweight Dinghy at the Olympic games. Like the laser, it is a single-handed, cat-rigged boat. It was designed by Swedish canoe designer, Rickard Sarby, in 1949 for the 1952 Summer Olympics in Helsinki. Since the 1952 debut of the boat, the design has been in every summer Olympics, making it one of the most prolific Olympic sailboats as it is the longest serving dinghy in the Olympic Regatta. The fin Weighs 230lbs, is 14’3″ long, and carries 114sqft of Sail. 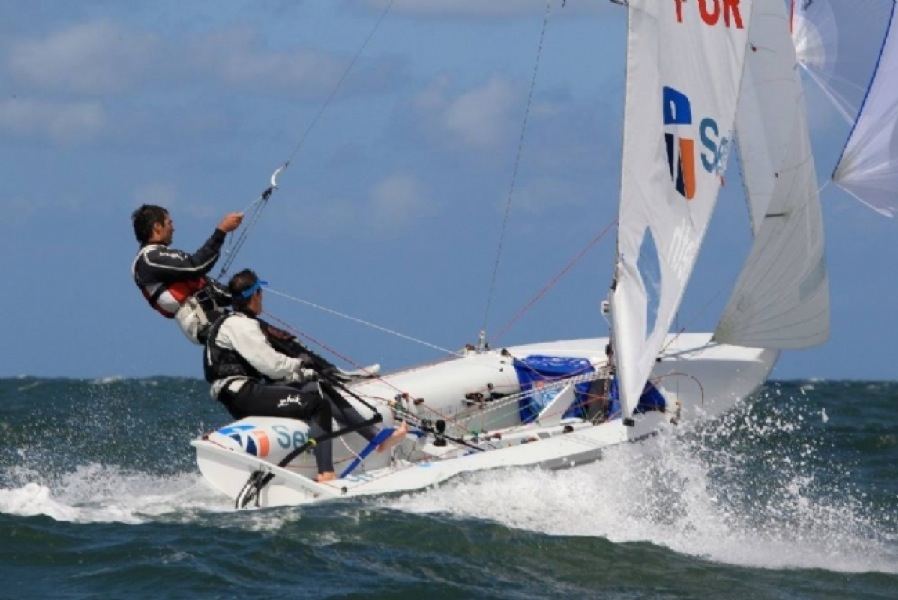 The 470 was designed in 1963 by the Frenchman André Cornu as a modern fibreglass planing dinghy to appeal to sailors of different sizes and ages.  In 1969, the class was given international status and it has been an Olympic class since 1976. In 1988, the first Olympic women’s sailing event used the 470. The 470 (Four-Seventy) is a double-handed monohull planing dinghy with a centreboard, Bermuda rig, and is equipped with a spinnaker and trapeze. 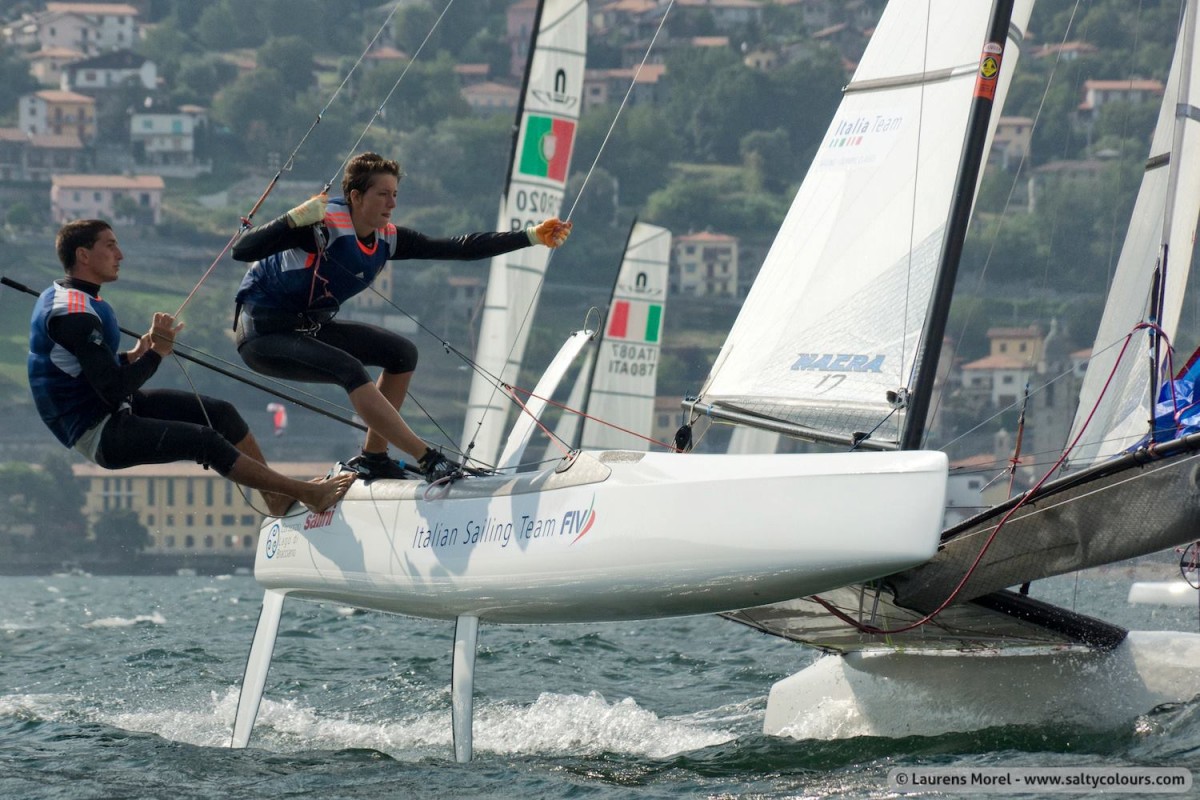 The Nacra 17 is a Mult-hull. It was first designed in 2011 and went in production in 2012. Its 17′ long, weighs 311 lbs, and has 200sqft of sail between the main and Jib, and also carries a spinnaker. Rio will be the olympic Debut, and the boat has also been selected for use in 2020. Uniquely, The Boat is crewed by a mixed teams. 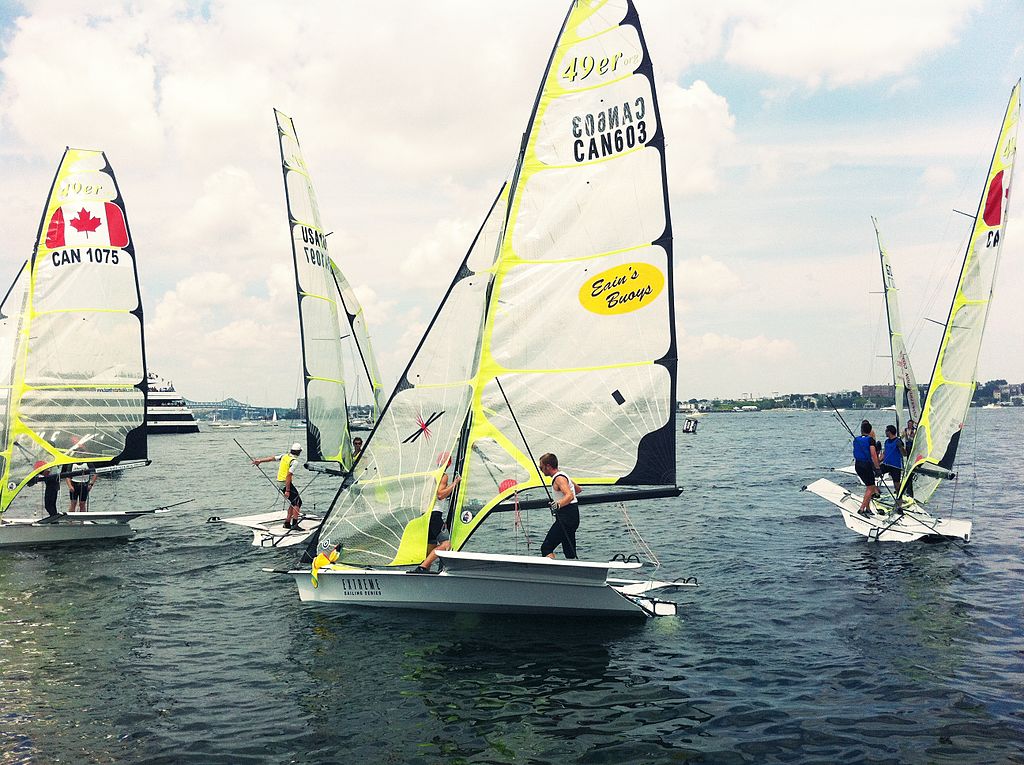 49er FX is a two-handed skiff-type high-performance sailing dinghy. The 49er was designed by Julian Bethwaite and has been in every olympics since its debut in the Sydney Olympics of 2000. The FX uses a smaller rig then the standard 49er, and is the Womans Olympic Class Skiff. The 49er’s name comes from its hull length of 4.99 metres. It weighs 207 lbs.