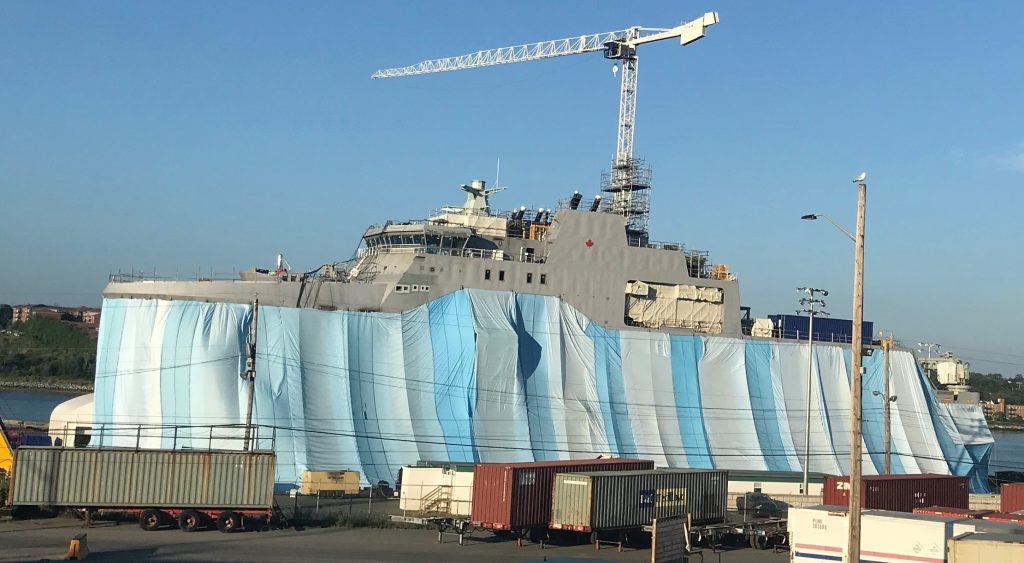 Post media is reporting that the Federal Government is expecting the first AOPS to be delivered the First week of October. this is a feat, as its only expected to be launched in September.

We are on schedule to launch the first Arctic and Offshore Patrol Ship (AOPS), the future HMCS Harry DeWolf, late September 2018.  Harbour acceptance tests and trials have started and will continue, along with further outfitting, over the next several months. The first AOPS is scheduled to be delivered to the Royal Canadian Navy in summer 2019.

As of yesterday, the Hull was still tarped off for final painting