Atlantic Sea finally sailed this morning at 4 am. She spent the week tied up at the east end of Fairview Cove with a ramp issue. Parts and technicians were due to arrive over the weekend, and were able to clear up the problem.

i was told that the ramp was able to raise and lower, however the articulation joint in the center was what failed. when the Ship sailed, it was bypassing New York – and all New York bound Cargo was offloaded, and will be restowed on Atlantic Star on Tuesday. 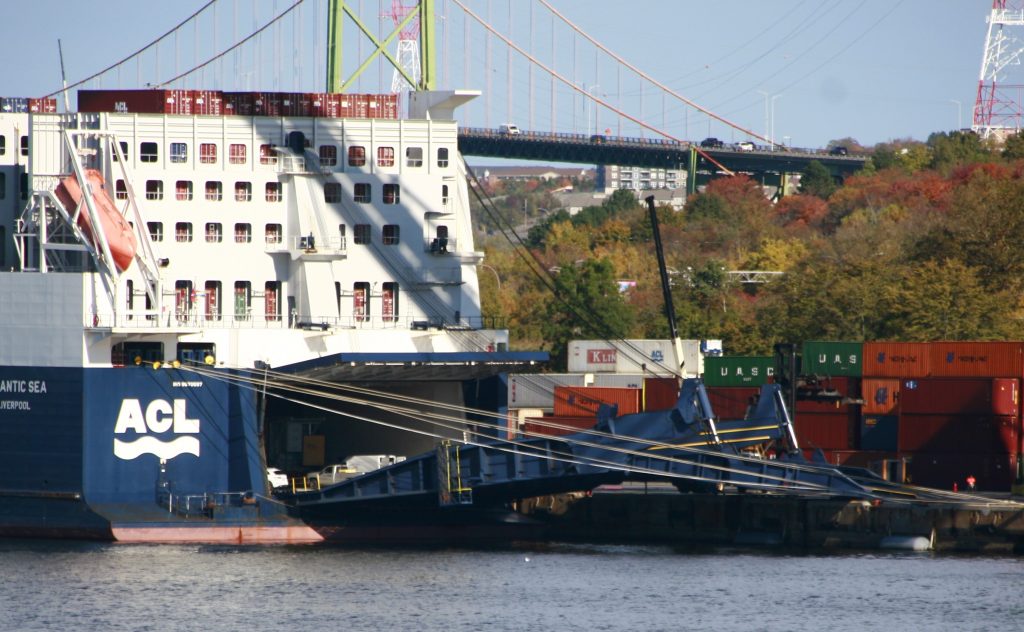