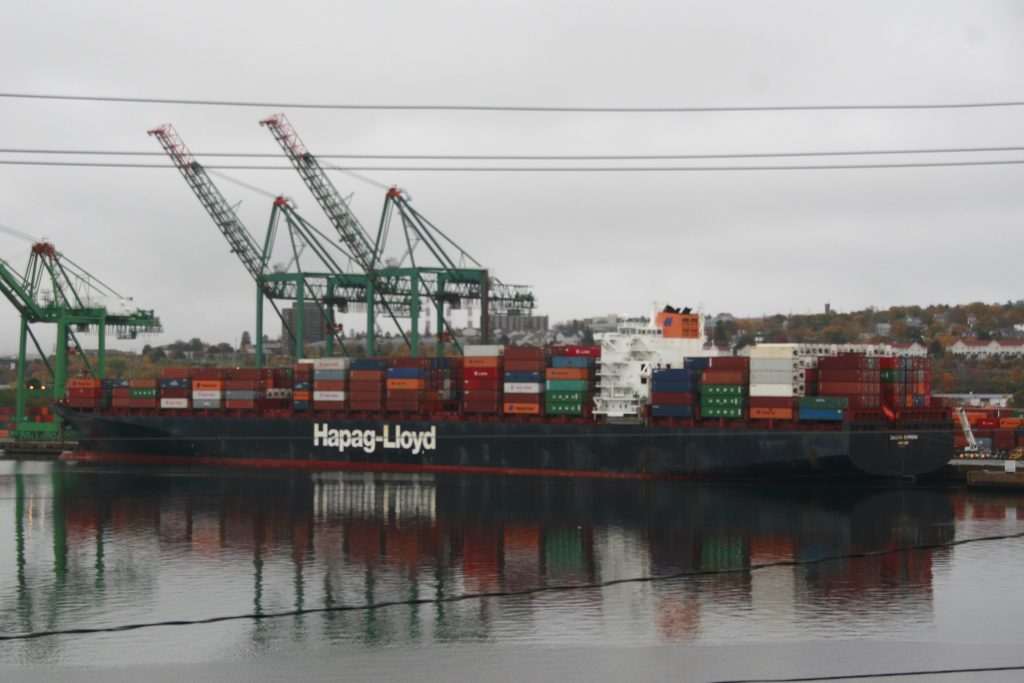 the Call by Dalian Express this weekend was beset by Delays. She finally sailed around 7:30 Last night.

On arrival she took to anchor in Bedford basin to wait for the departure of Alexandria to free up the western birth. she then moved into place, and was worked overnight, and then missed her sailing due to weather at the pilot station, spending the day alongside until she was able to sail last night. 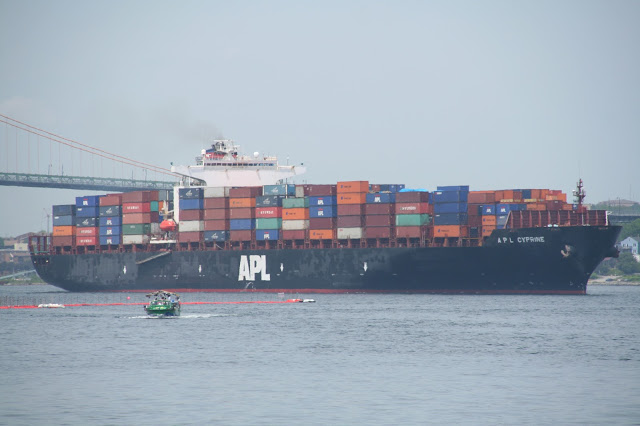 OOCL Shanghai, Currently at anchor in the outer anchorage, is due tomorrow for Fairview. She is a new vessel server the the OOCL/Hapag-llyod Pacific East Coast Express service. Other recent additions were covered in a December Post.

Probably the most exciting news is that Halifax Express will Call in Halifax for the first time, March 19. I believe this will be a newly chartered vessel as i can find no record of her currently.

The Fog has lifted, and the Sun is out, allowing me to capture London Express Tying up in front of Thailand Express this morning. Hapag-Lloyd and OOCL run a shared Service, Hence the OOCL Vessels With Hapag-Lloyd “Express” names. 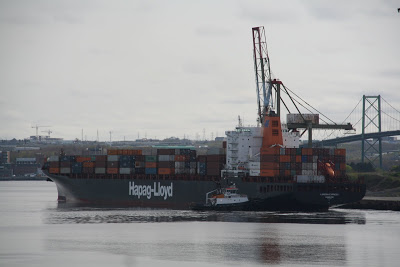 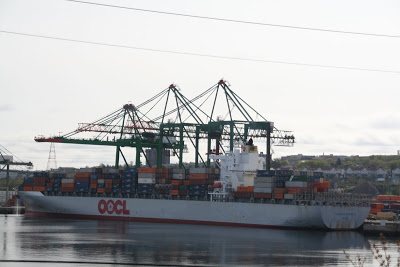 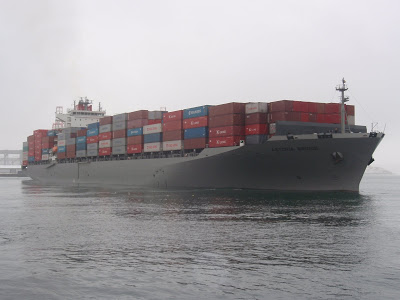 Point Chebucto Tying up at EcTug 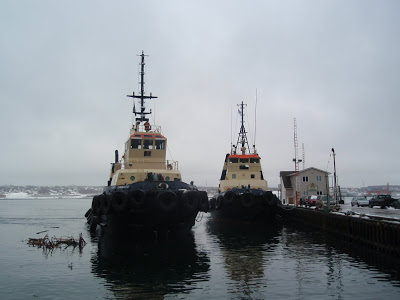 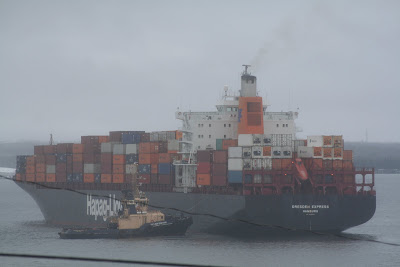 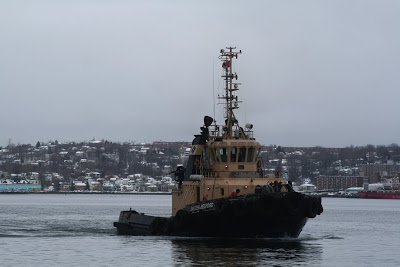 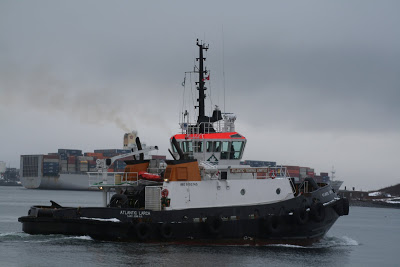 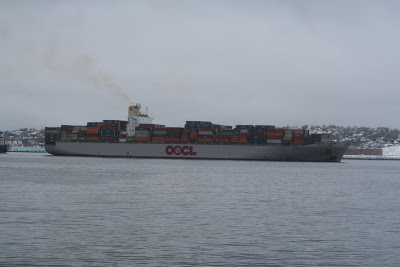