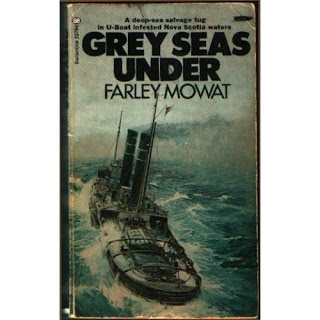 In Grey Seas Under, Farley Mowat writes passionately of the courage of men and of a small, ocean-going salvage tug, Foundation Franklin. From 1930 until her final voyage in 1948, the stalwart tug’s dangerous mission was to rescue sinking ships, first searching for them in perilous waters and then bringing them back to shore. Battered by towering waves, dwarfed by the great ships she towed, blasted by gale-force winds and frozen by squalls of snow and rain, Foundation Franklin and her brave crew saved hundreds of vessels and thousands of lives as they patrolled the North Atlantic, including waters patrolled by U-boats in wartime.

Mowat spent two years gathering this material and sailed on some of the missions he describes. The result is a modern epic-a vigorous, dramatic picture of the eternal battle between men and the cruel sea.

Available from Amazon:
The Grey Seas Under: The Perilous Rescue Mission of a N.A. Salvage Tug 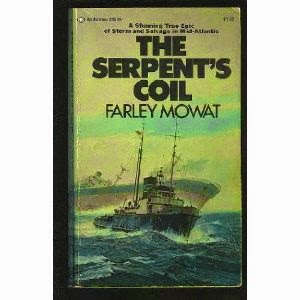 “The Serpent’s Coil” is a companion book to “Grey Seas Under” and continues the story of ocean-going salvage tug operations in the Atlantic. “Grey Seas Under” chronicled the adventures of the tugboat `Foundation Franklin’ before and during World War II. “The Serpent’s Coil” takes place after the war and tells the tale of ships battered by the consuming fury of not one but three hurricanes  in the autumn of 1948.