“One of HMCS Fredericton’s two gas turbines, the ship’s main propulsion system, caught fire while the frigate was at sea on training off Nova Scotia late last week.” 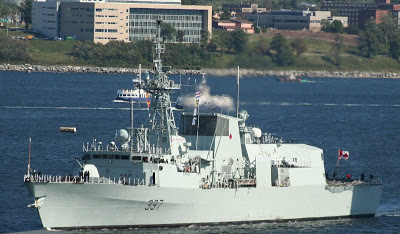