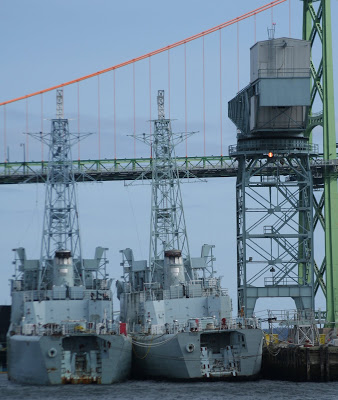 The Chronicle Herald reported today that

A DARTMOUTH company has won a contract worth more than $4 million to remove, dismantle and dispose of two mothballed warships tied up in Halifax Harbour.

The company plans to tow them to its Pictou shipyard for dismantling.The ships should be towed out of Halifax by December, said Lianne LeBel, a Defence Department spokeswoman.