HMCS Charlottetown returned to Port just after 0900, Tieing up at the Dockyard just prior to 1000. She Was welcomed by a Salute from Firebird, and a Large Crowd of Families on the pier.

Charlottetown spent the Past 6 Months Off Libia, Having Departing Halifax on March 2. While on patrol, she became the first Canadian warship to come under enemy fire since the Korean War. She has been replaced by HMCS Vancouver 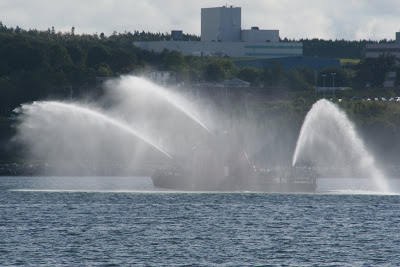