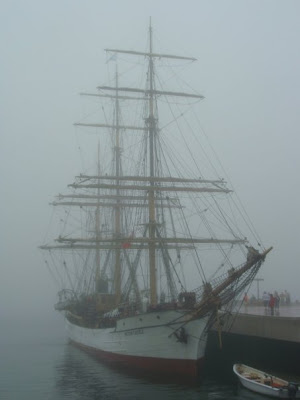 The Tall ships are coming July 19 – 23. While the details of the Nova Scotia stops are thin, The American stops feature a significant Non-sail naval presence to commemorate the war of 1812 along with the Tall ships themselves. Though not confirmed for Halifax, these are some likely Sail Attendees.

I would also expect a significant NATO Presence around this time, due to their stops in the US – Including HMS Talent, RFA Argus, FGS Hessen, HDMS Absalon, and KNM Thor Heyerdahl.

Photo Above is the Picton Castle form Tall Ships 2009