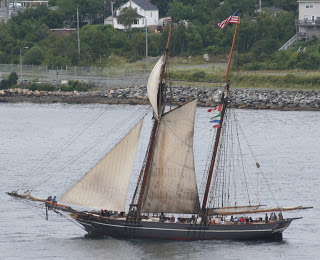 Tall Ships NS has confirmed some Addtional Attendies. They are: Amistad – A Replica of a slave ship that was aken over by the slaves;Harvey Gamage; Gazela – a Portugase Grand Banks Schooner from 1901; Peacemaker. Also on the list is the Bluenose II. his is interesting, as she is only scheduled to be launched from refit in July.