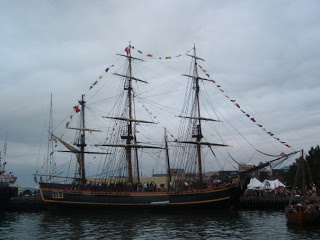 Tallships NS has now confirmed a list of Attendies. As HSN reported earlier, the tall ships Americas Members are all in attendance, as well as 3 addtional vessels curretly parcipating in OPSAIL Events. They are the schooners Tree of Life and Roseway, and the Sloop USS Providence, a replica of John Paul Jones‘ first command.