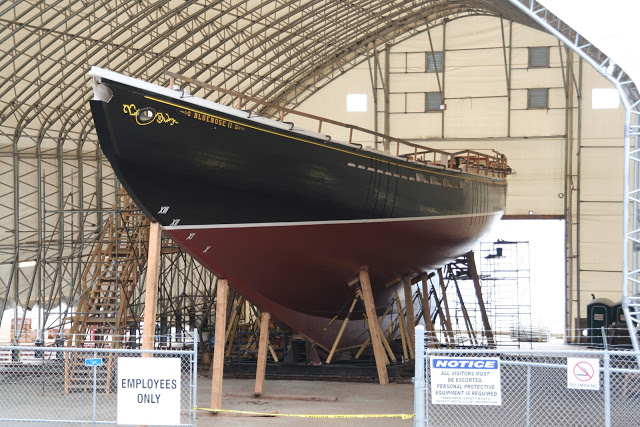 The latest news on the Bluenose reconstruction is that it is behind schedule and over budget. This could be forgiven if the work was actually a restoration, and conditions were found to be worse then expected, however, for all purposes the Provence of Nova Scotia decided to build a completely new boat.

The launch date is a critical piece of information. The RCMP Project 100,000 people could show up to witness the launch, and I am sure businesses in Lunenberg would like a long lead up to the launch to allow as many people to come as possible. No date means no one can make plans, and people will book their vacations elsewhere.  At this point, the worst  case would be a fall launch, out side the prime tourism season.

The cost so far is 16+ Million Dollars. Joan Roue had plans in 2009 to build the Bluenose IV at a cost of 7 Million. That projects website has gone dormant, and the cost would have surely increased since 2009, but Her price was always cheaper then the numbers the provence floated. I think all Nova Scotian’s and even a majority of Canadians want the Bluenose to be Sailing, but as the project continues, it becomes more clear that the whole Project has been mismanaged by the Provence.

If the Government of Nova Scotia can’t build a wooden fishing vessel, something thats been done in the province since it was founded, on time and on budget, can we trust them to do anything else?

For why calling this project a restoration is Dubious, See The Bluenose II(I?)
Again, I believe the LSA Are building a ship all Nova Scotian’s can be proud of. I think their workmanship is excellent, However the owners, the Provence of NS Have been less then up to the task. 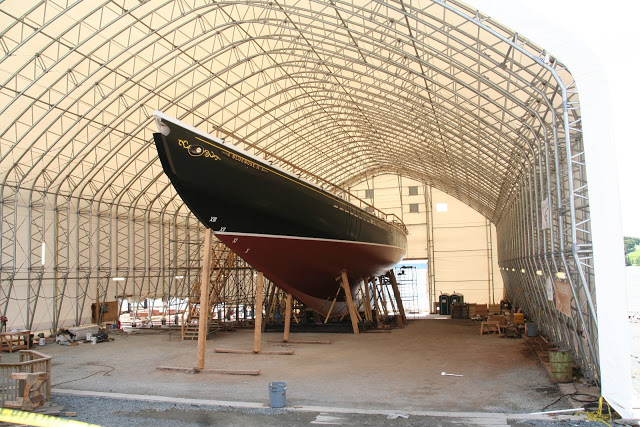