posts this past week have been non-existent due to a Florida Vacation. This post will show some of the Tug Varieties that are commonly found. Due to USCG Crewing regulations, US companies prefer to use tugs and barges over similar sized ships due to the smaller required crew. 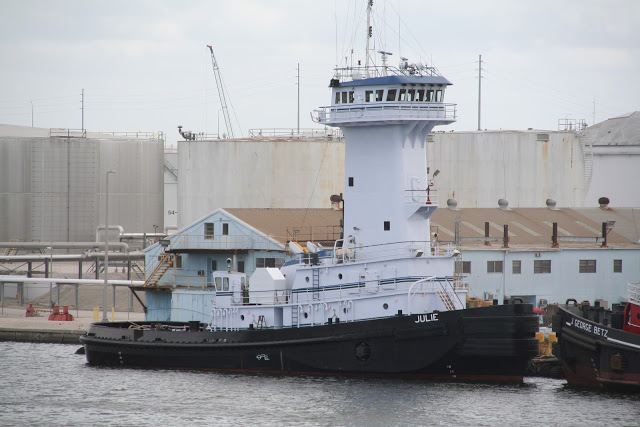 (Above) the tug Julie docked unmated from her Barge. You can see the mating pins just aft of her name. (Below) The ATB Acadia (Tug Unknown) mated and loaded.

(Above) Pusher tug with Barge 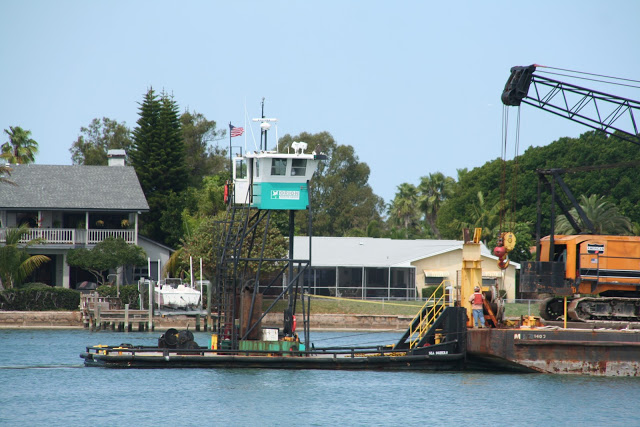 (Above and Below) Another Pusher Tug, Sea Dozer, moving crane barges for a Bridge replacement Project 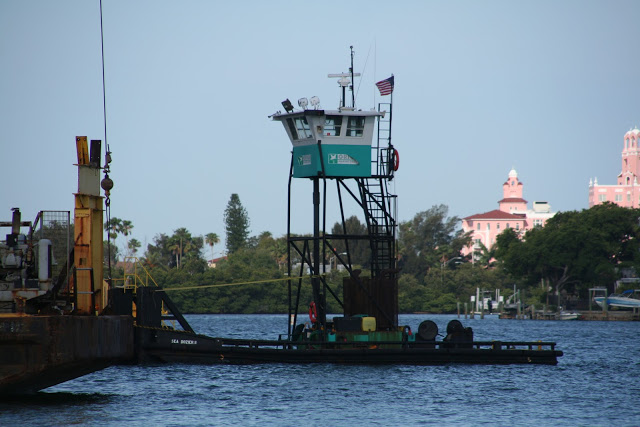 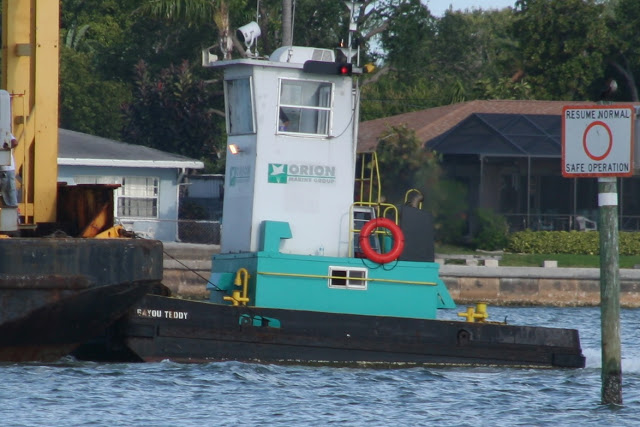 (Above) A smaller tug, Bayou Teddy, on the same bridge replacement project
(Below) a SeaTow Assistance Tug. SeaTow is like CAA for your boat in the US. 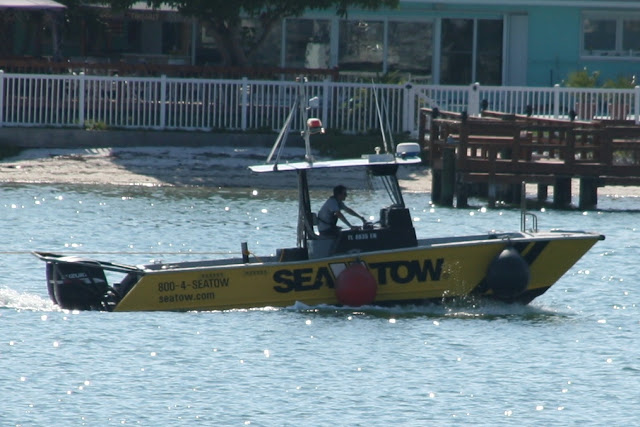