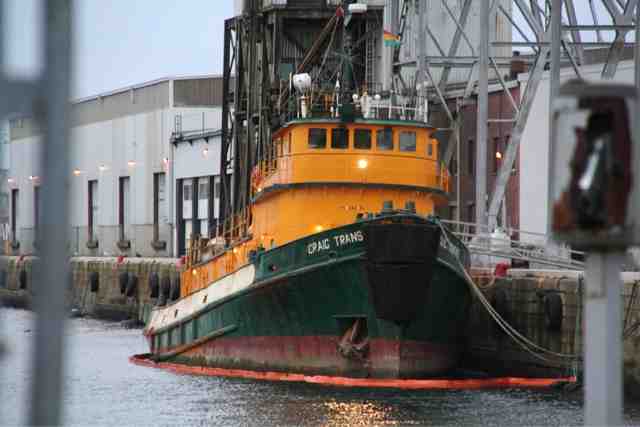 A notice was published in Saturdays Chronicle  Herald indicating that the tug Craig Trans has been arrested and will be sold at Auction June 15th to pay creditors.

After the tug was arrested in the fall, the owner appeared interested in retaining the vessel however has now stopped paying her bills forcing the sale.

The notice is below 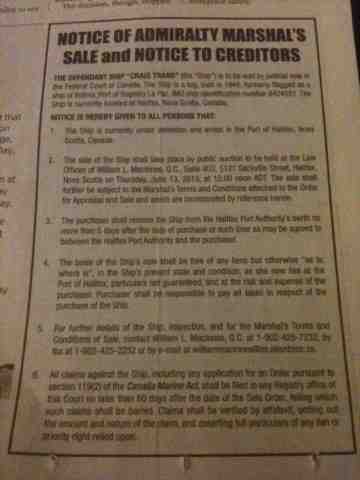 1 thought on “Tug Craig Trans to be sold at auction”