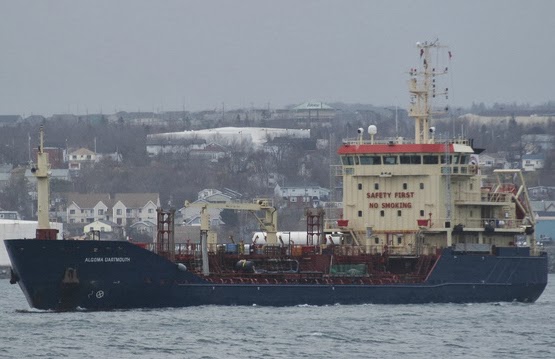 Algoma Central Corporation has entered into an agreement with Sterling Fuels Limited to continue marine fuel delivery services using its bunkering vessel, Algoma Dartmouth, in the Port of Halifax and surrounding area. This new arrangement will be effective upon the expiry of current agreements for fuel delivery services on January 18, 2014.

Algoma brought the Algoma Dartmouth to Halifax harbour in 2009 to provide marine delivery services within the Harbour for marine fuels produced at the Dartmouth Refinery. With the closure of this refinery in September, 2013, the existing source of supply for marine bunker and intermediate marine fuel blends ended.

Marine fuel customers will continue to see the same Algoma team on the Algoma Dartmouth. “This vessel and crew have a distinguished track record in their performance and service since 2009. We are very pleased to keep this team together to continue to meet the Halifax area marine fuelling requirements,” said Mr. Smith.

From Sterling Fuels Release – it would appear that they are charting the vessel and the crew from Algoma. A Sterling sister company already operates the McAsphalt dock in Eastern passage near Autoport, so presumably Sterling will be importing fuel to a tank there. Sterling is also related to the Miller Group, who provide road construction and waste disposal services in HRM.

Sterling is a Bunkering provider in the Great Lakes region.

UPDATE: Apparently the McAshpalt owned Tug/barge combo Victorious / John J.Carrick are on their way to Halifax with bunker product from Quebec.

UPDATE: Victorious / John J.Carrickare due on the 23rd to the McAshphalt Dock in Eastern Passage. If Algoma Dartmouth ties up there, we will know the plan.