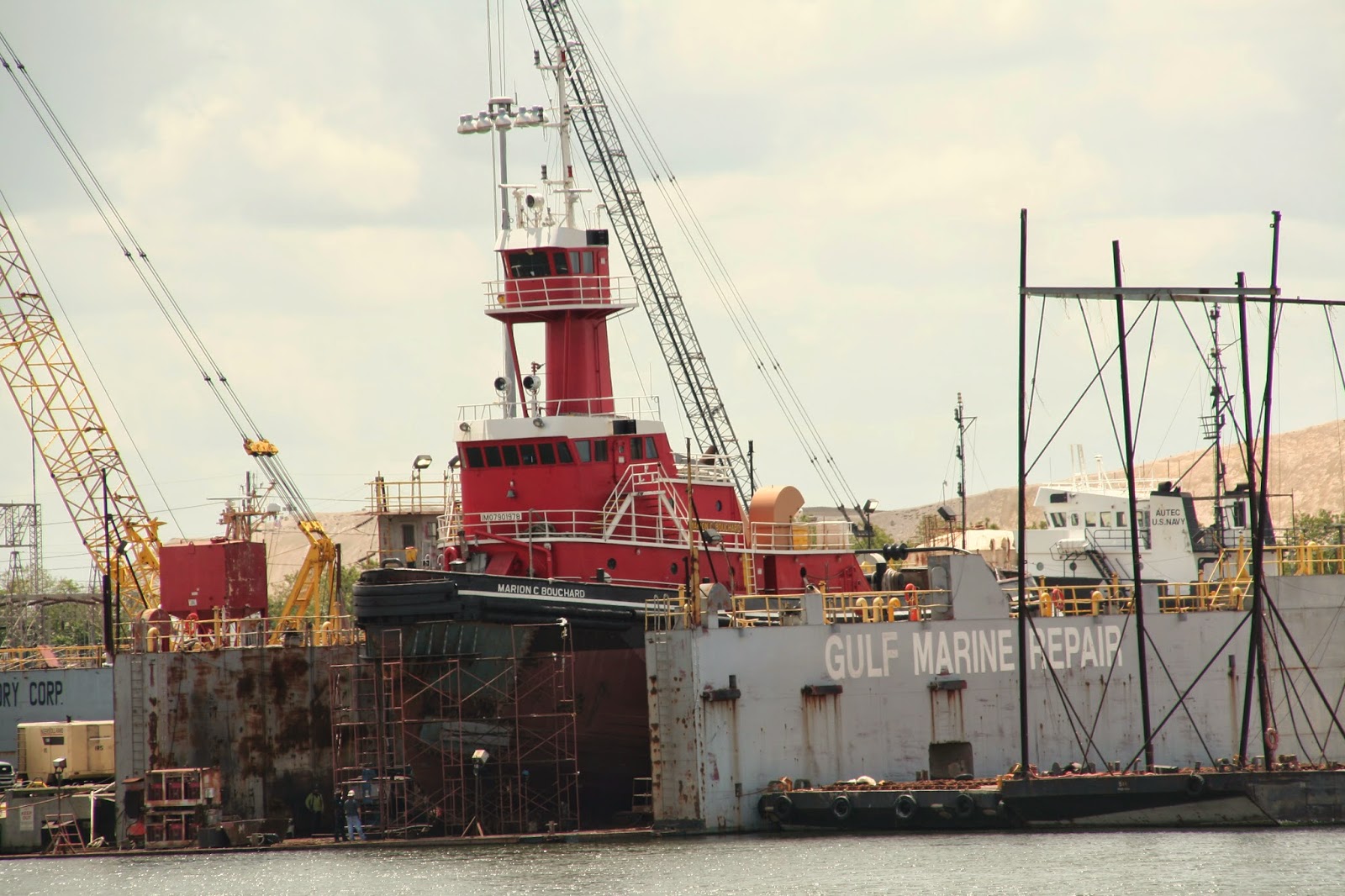 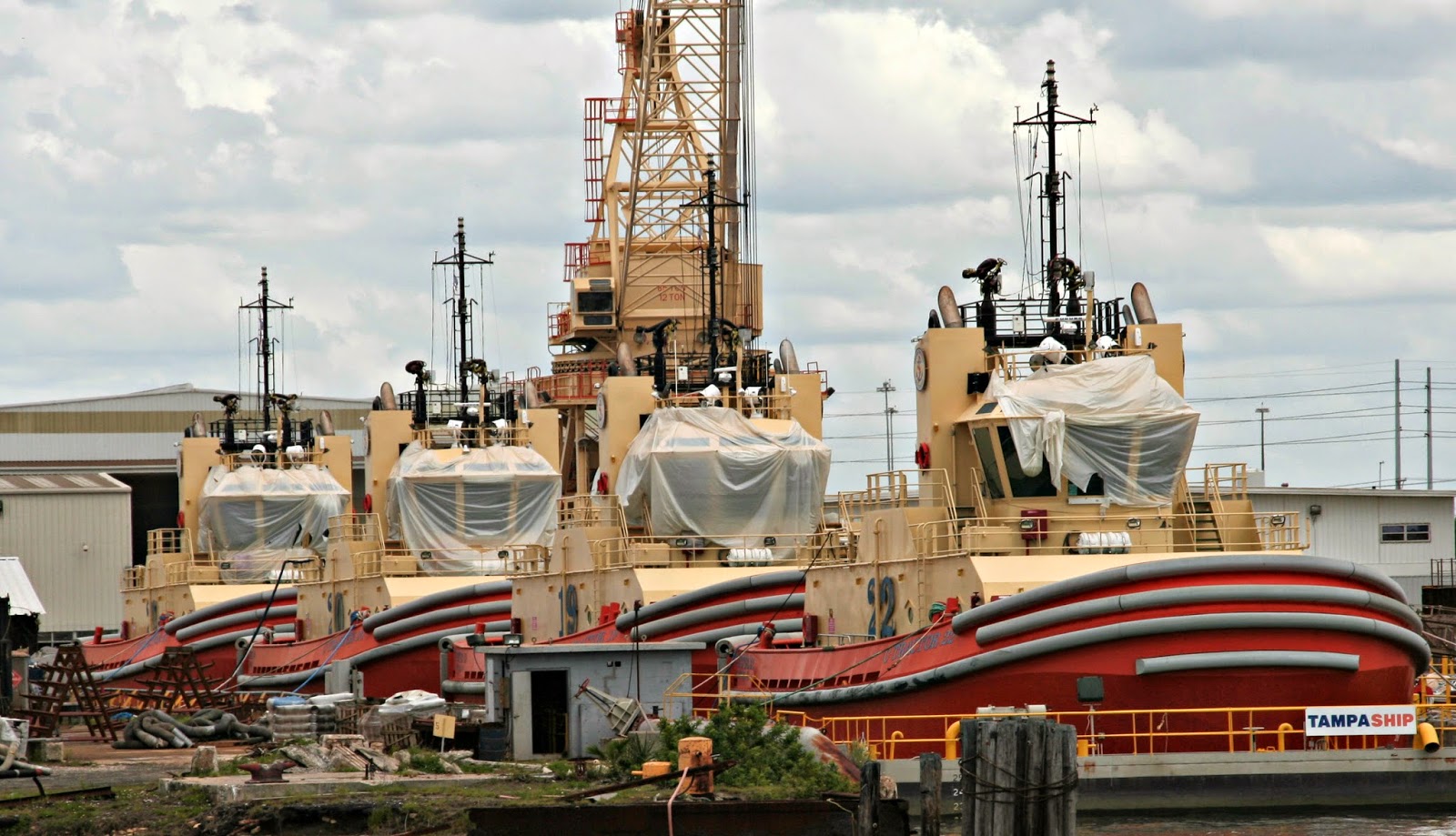 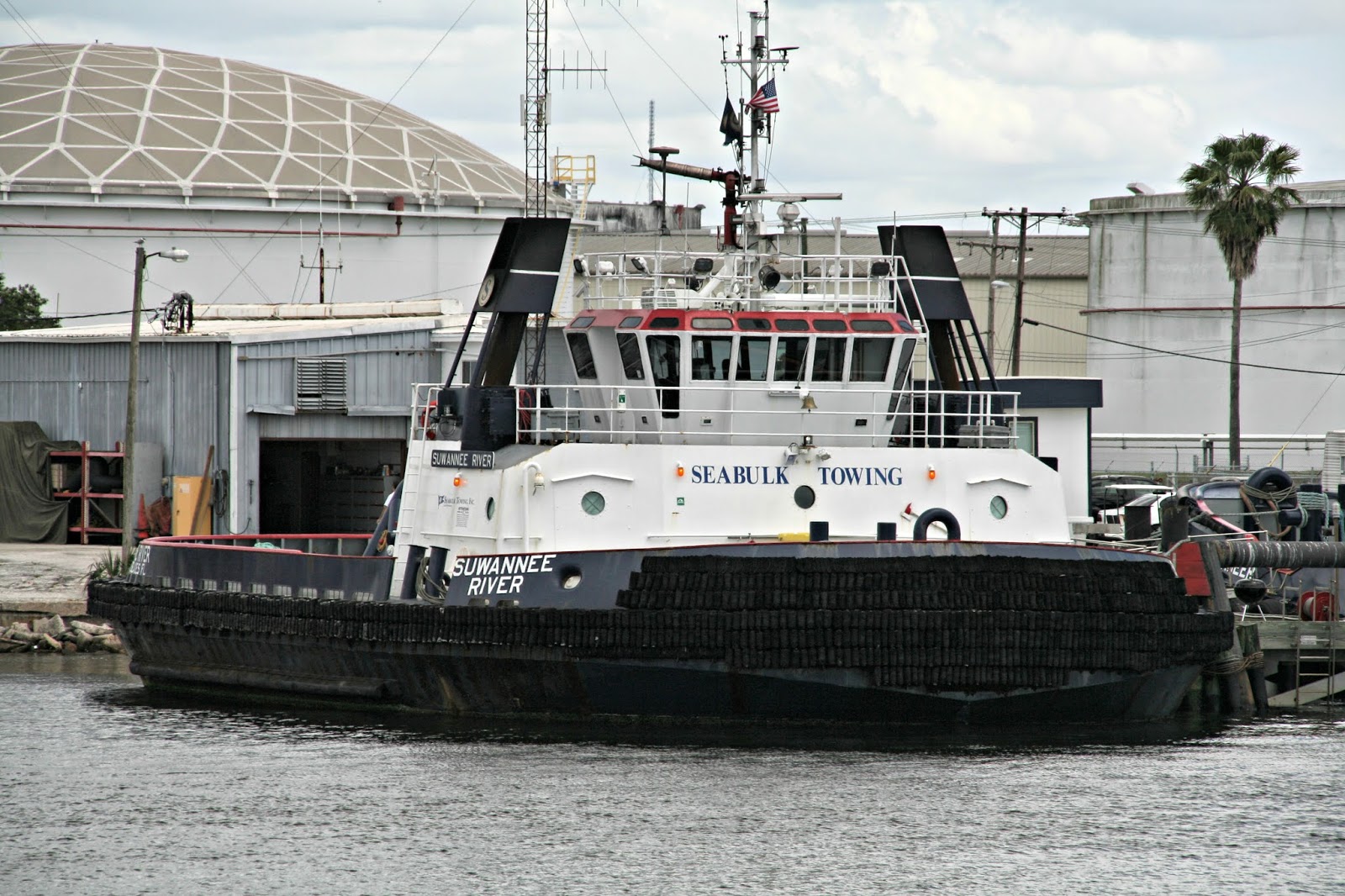 (above) Sea Bulk Towings SDM Suwannee River tied up in the Sparkman channel. SDM stands for ship docking module, and is a patented tug design by Seabulk. SDM’s feature a fore and an aft mounted z drives, mounted off center- this design allows for maximum bollard pull in any direction.

SeaBulk also had tugs Athena and Tampa tied up along side the SDM. Athena is a 1 year old (Delivered April 2013) 5300bhp ASD Tug. 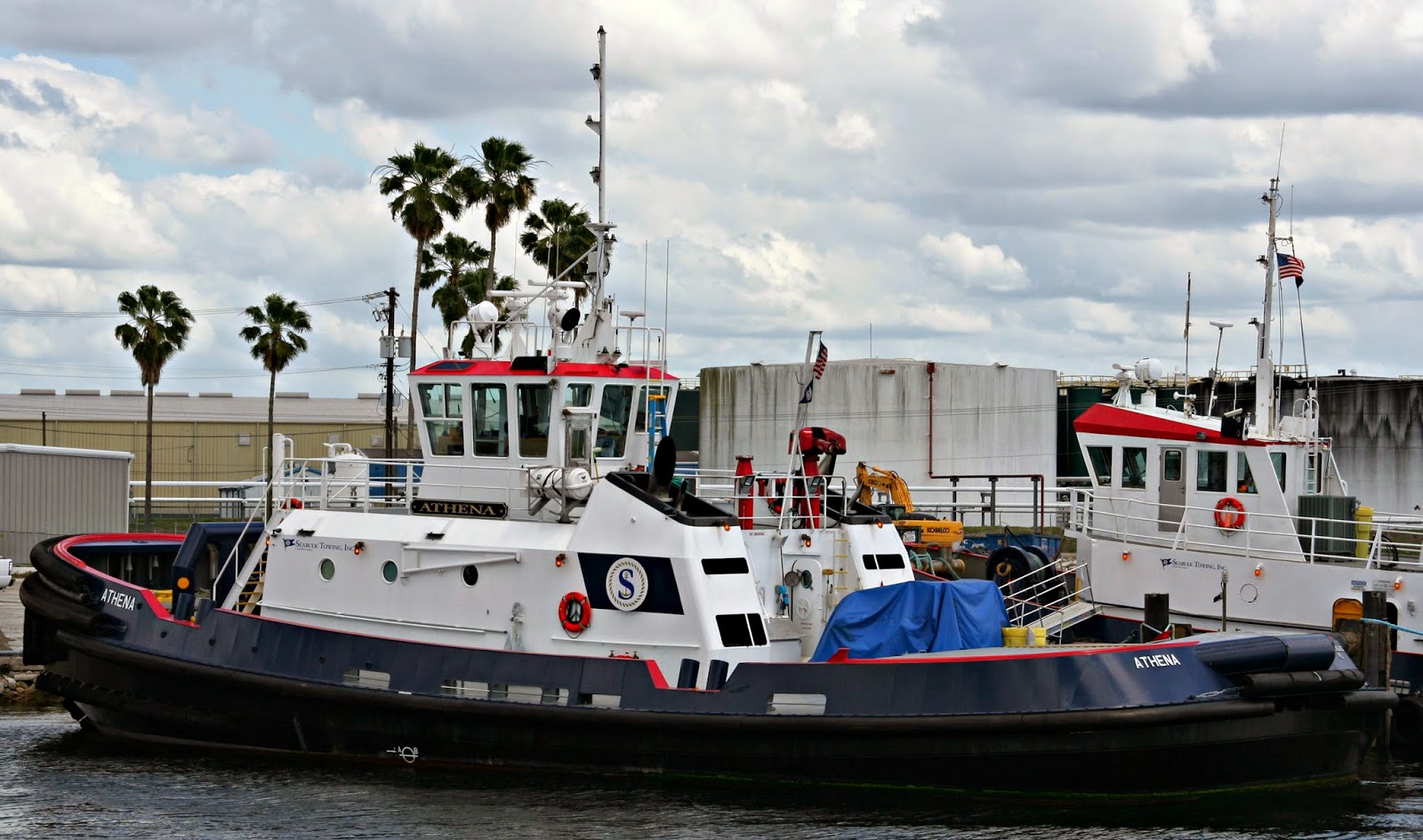 Tampa (Below) features 6000bhp, and is a conventional twin screw tug. A veteran tug, she was built in 1985.

(below) Marine Towings Tug Freedom was waiting for the inbound OSG ATB. At 5000bhp, she features 2 Z drives 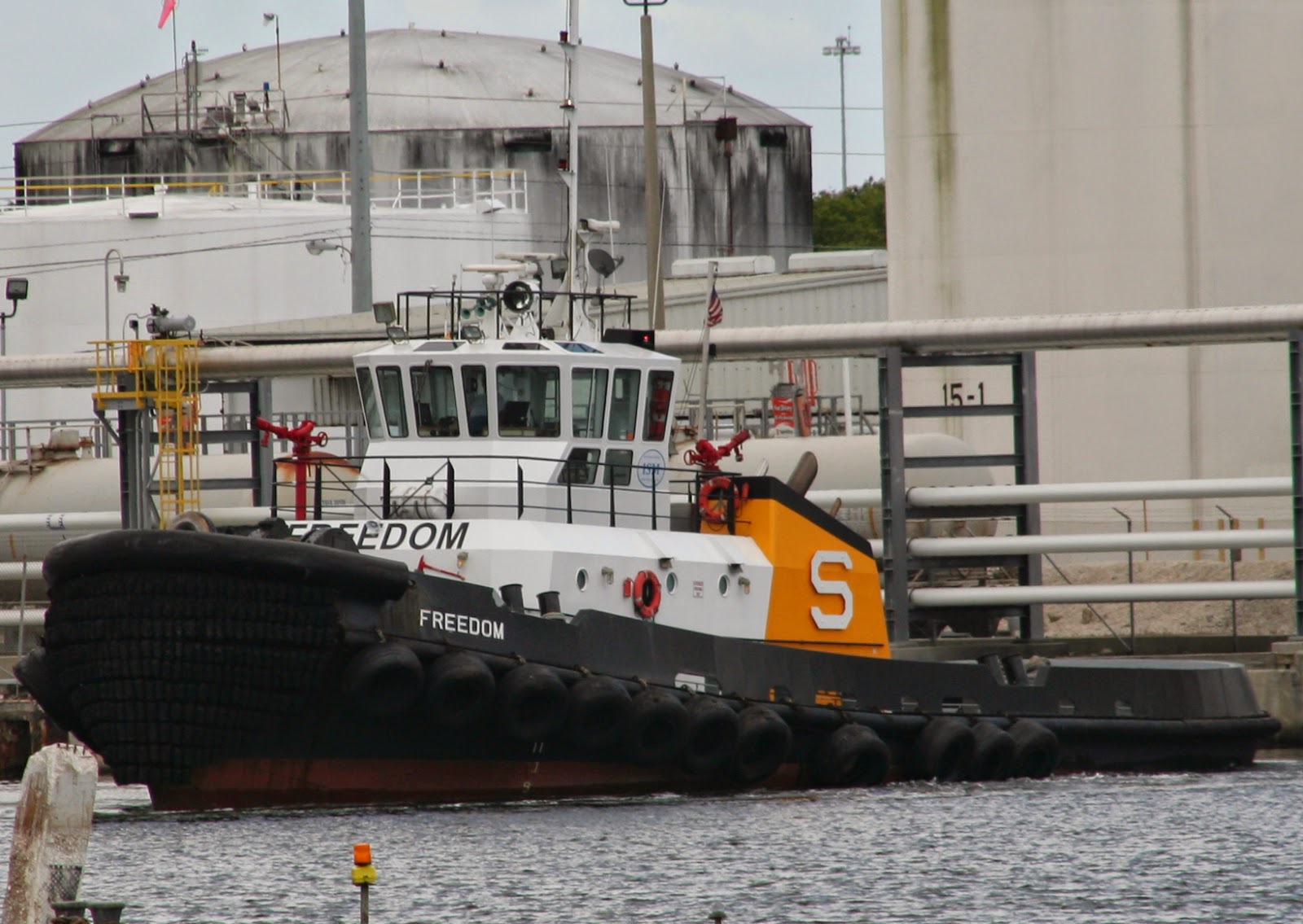 (below) tugs Osprey and Atlantic Coast. both are equipped for barge handling 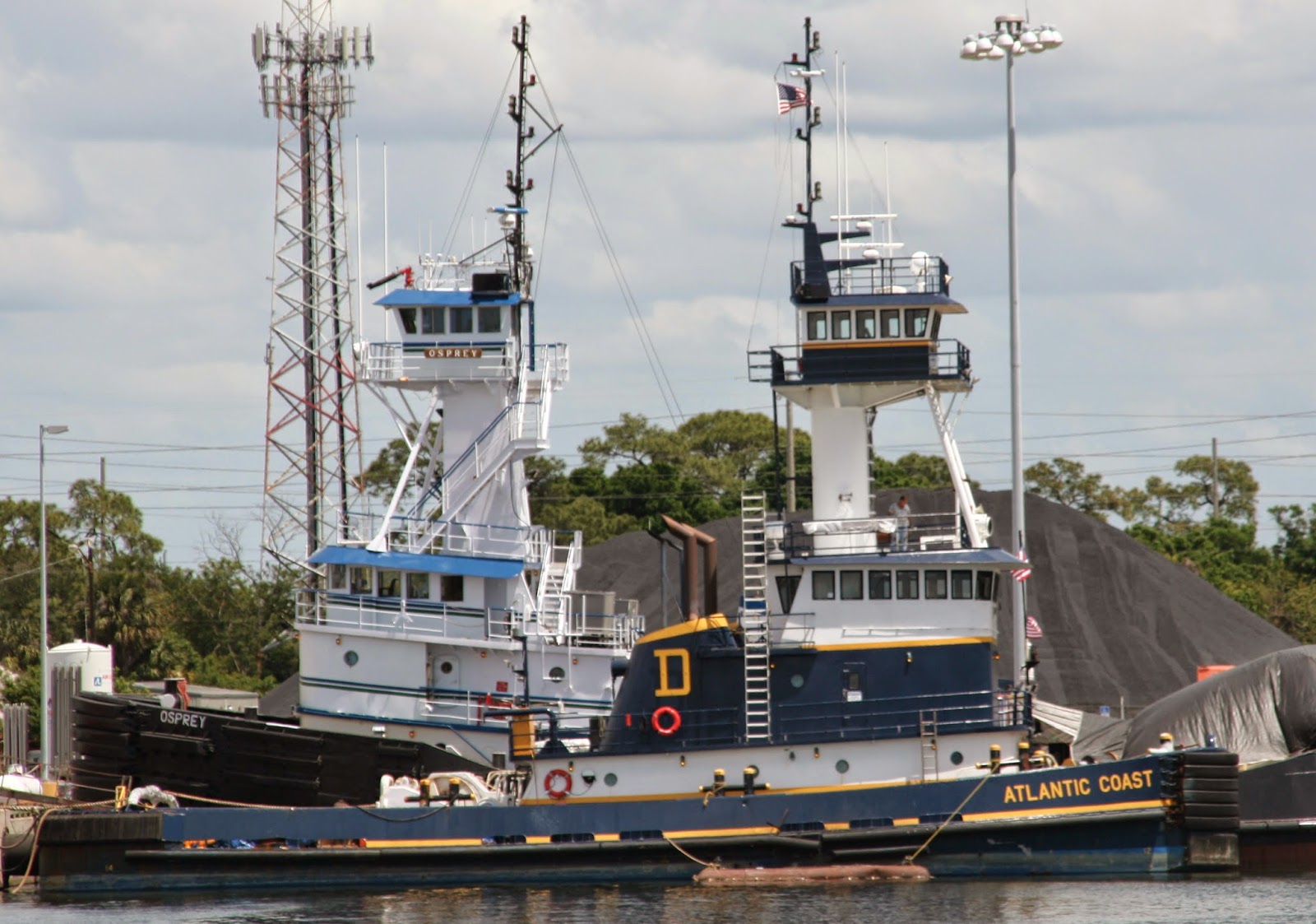