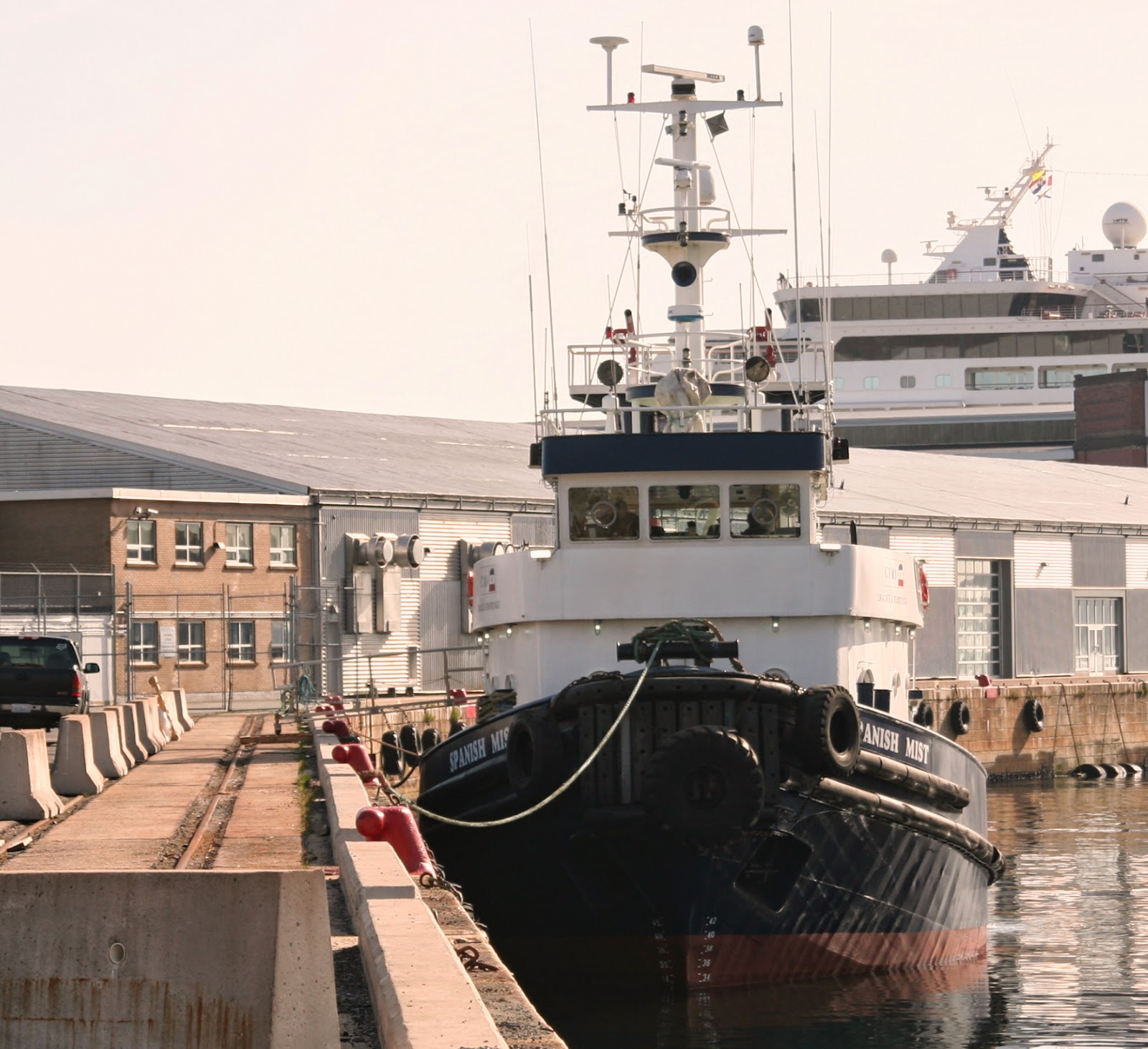 The Tug Spanish Mist is currently nestled up at pier 24. She arrived Saturday from a work period in Methegan.

The tug formerly worked for Fundy Gypsum, and was used to assist ships tieing up at their Hantsport. Dock. When that operation shut down in 2011, the tug was sold.

She is now owned by I.M Tug of Quebec, and is Registered in Halifax. She was Built in 1981 by ASTILLEROS ARDEAG S.A of Bilbao Spain.