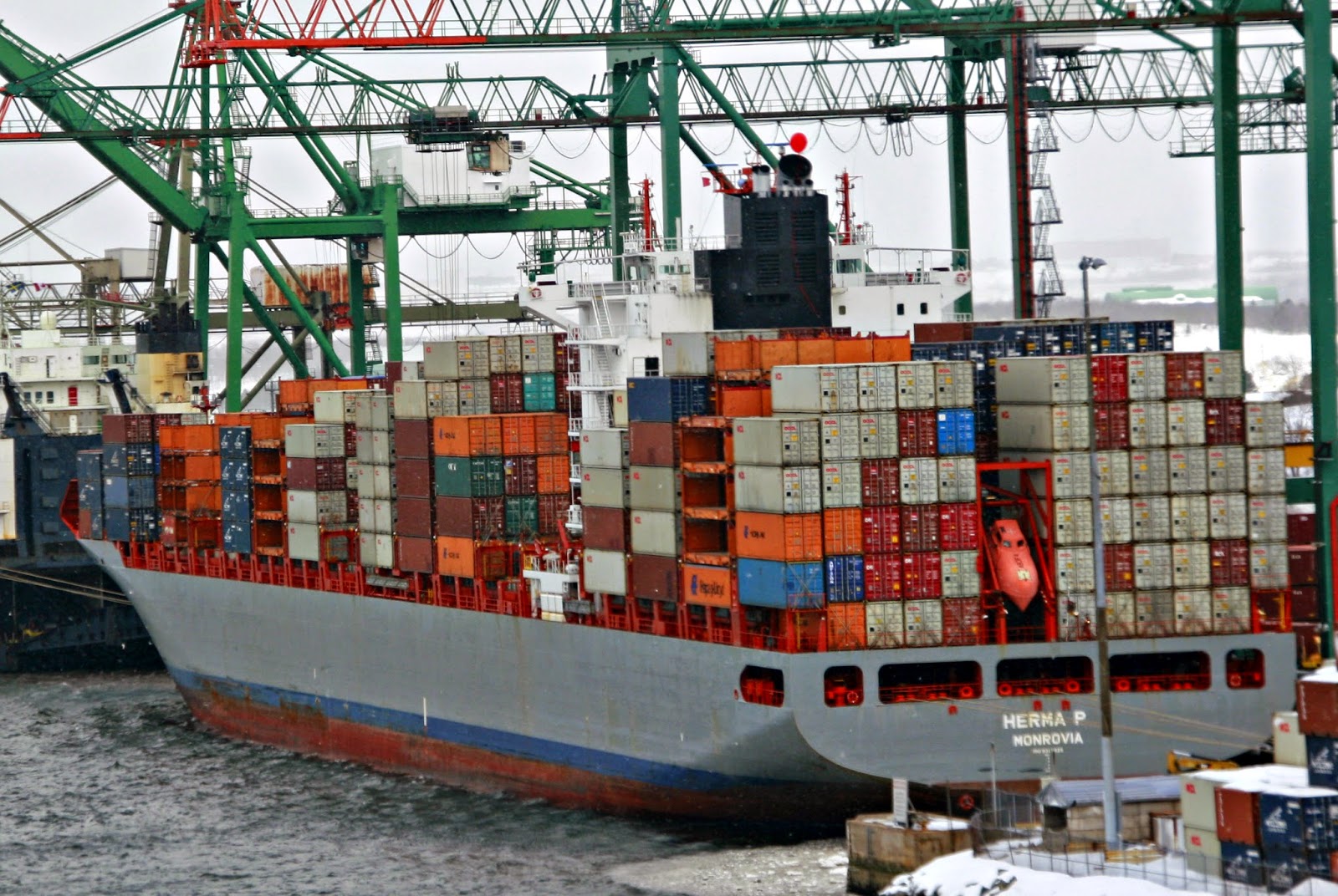 Yesterday brought the arrival of the Herma P. Built in Ulsan, South Korea in 2006, she immediately was chartered  as Maersk Dryden. The Charter ended in  July 2014. She is  owned by Stefan Patjens Reederei of Germany. Hapag-Llyod seems to be chartering these vessels, Sister Alise P was here in February 17 and March 10.

Hapag-llyod is also Selling off or scrapping its Kiel Class Vessels. Halifax Regulars, Paris Express, Kiel Express, have been sent for scrap, Atlanta Express built as Ludwigshafen Express and Hoechst Express have been sold to new owners. These vessels were built in the early 90’s, and have a capacity of about 4600TEU. 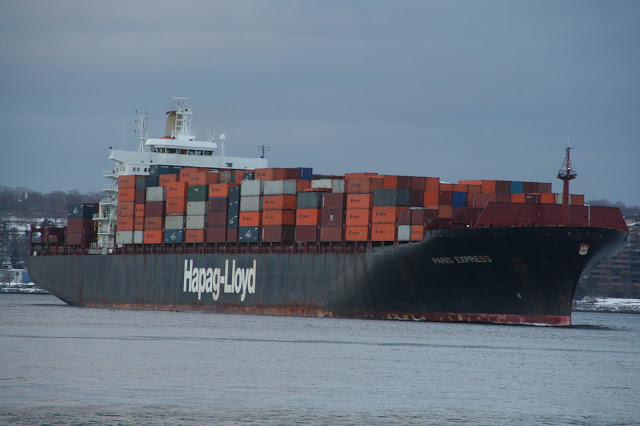 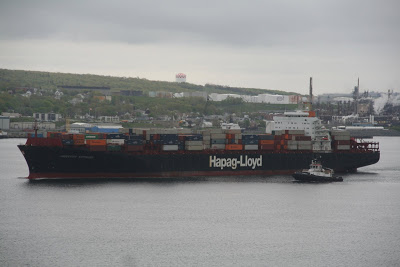