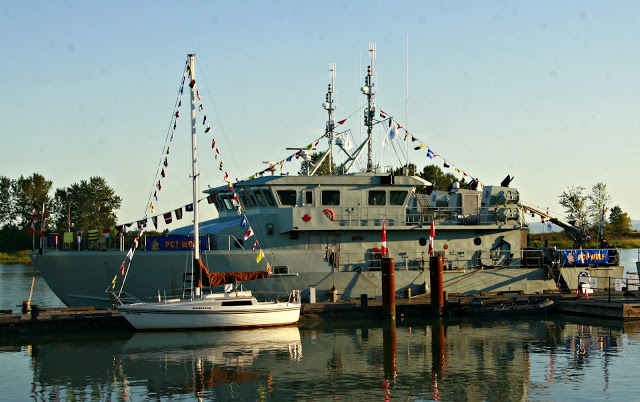 PCT Wolf is a Canadian Navy Orca Class training vessel. The craft are primarily used to facilitate the two-to-six-week long ‘at sea’ component of naval officer training  in Esquimalt. the class contains 8 vessels, built between 2004 and 2008 at Victoria Shipyards.

A Non-commisioned vessel, they carry the PCT prefix, for Patrol Craft Training, though they are designed to carry heavier armament. The names in the class are all former Armed Yachts that served in the RCN in the Second World War.