FS Monge, A French rocket tracking ship pulled into port this morning.
The ship is named after the 18th century mathematician Gaspard Monge and serves a Missile Range Instrumentation Ship – She tracks and measures rocket trajectories. She was built for the trials of the Submarine-launched ballistic missiles of the Navy, and is also used to monitor the launch of Ariane rockets. Conceivably she can also track other countries missiles and rockets as well. 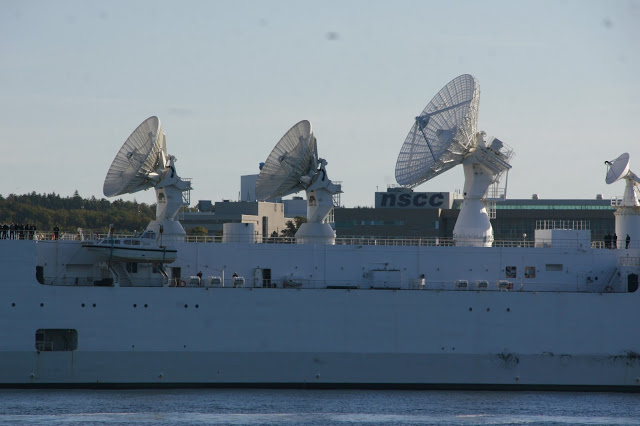