Containerships are one of the most common vessel types to call on Halifax. While these vessels can be measured by their dimensions, the most common unit of measure is the TEU – Twenty foot Equivalent Units. This is the count of the Number of 20′ containers that can be carried on a ship. Containers are typically 20, 40, 48 or 53 feet in length, and can vary slightly in height.

These ships are typically over 10000teu. The main spotting feature is a midship superstructure to enable sight lines over the forward container stack and the engine exhaust stacks at the 3/4 position as they are in smaller ships. The largest ULCS to call in Halifax is currently just under 11,000TEU. Prince Rupert holds the record for the largest in Canada at 14,500. The worlds largest ULCS is at 22,000 TEU. 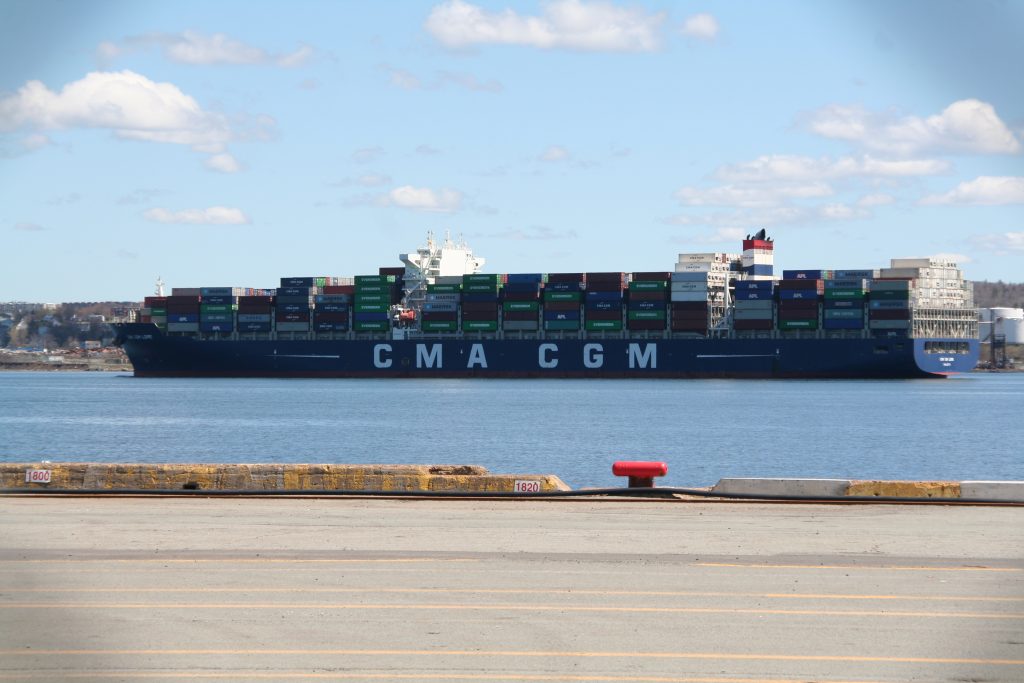 post panamax ships are ships too large to fit through the original Panama Canal.  Halterm has been dredged to 50′ to accommodate these vessels.

APL Coral is a Post Panamax vessel that frequents Halifax. Post Panamax vessels are usually larger then 6000teu. Currently the largest caller is just over 9000TEU. With the opening of the New locks in the panama canal, vessels of 1,401′ in length, 180′ in beam, and 50.0′ in draft are able to use the canal. this leads to the creation of a new catagory of  Neo-Panamax Containerships, which are up to 13,000, basically encompassing the entire post panamax category of vessels. 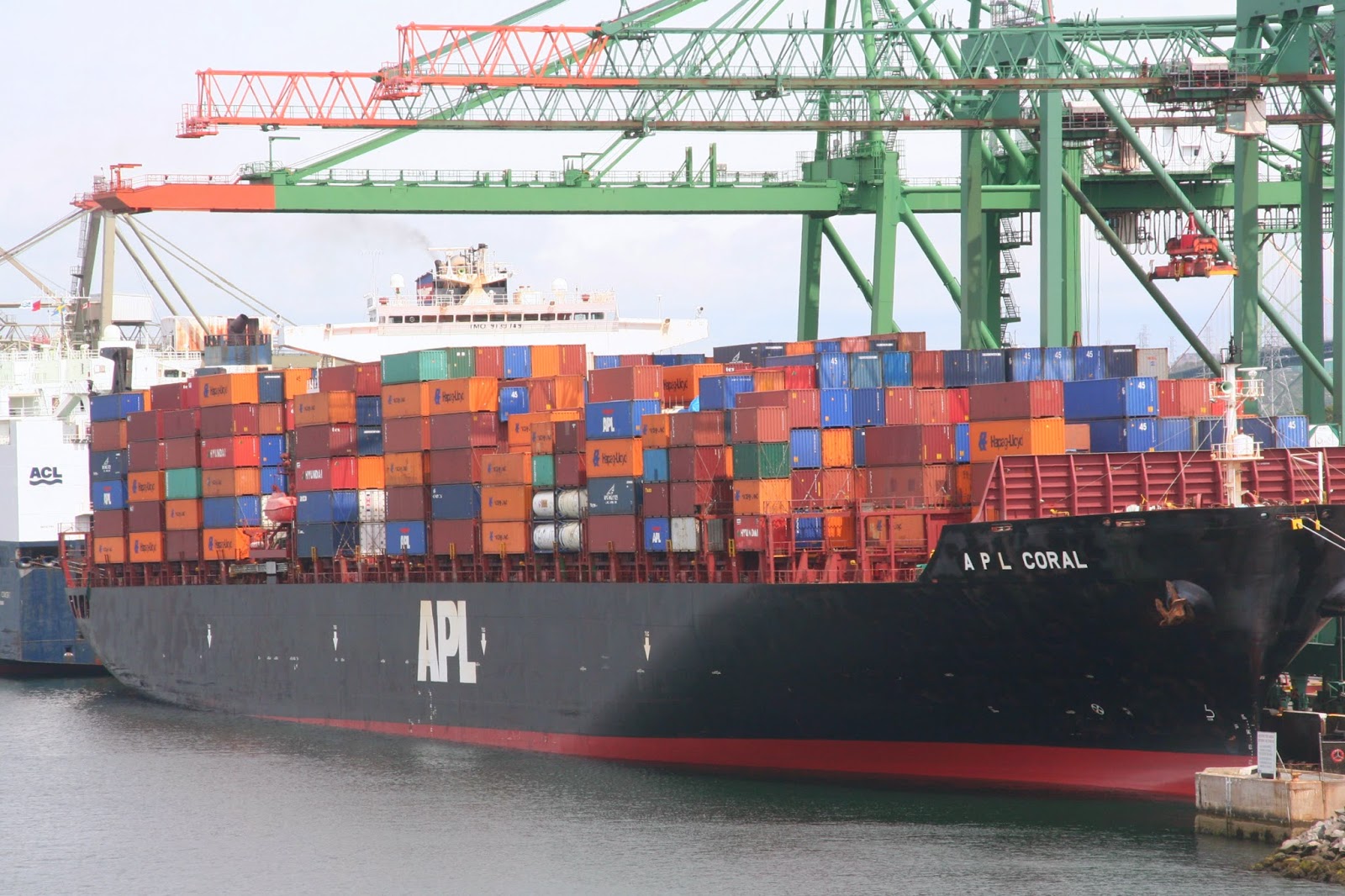 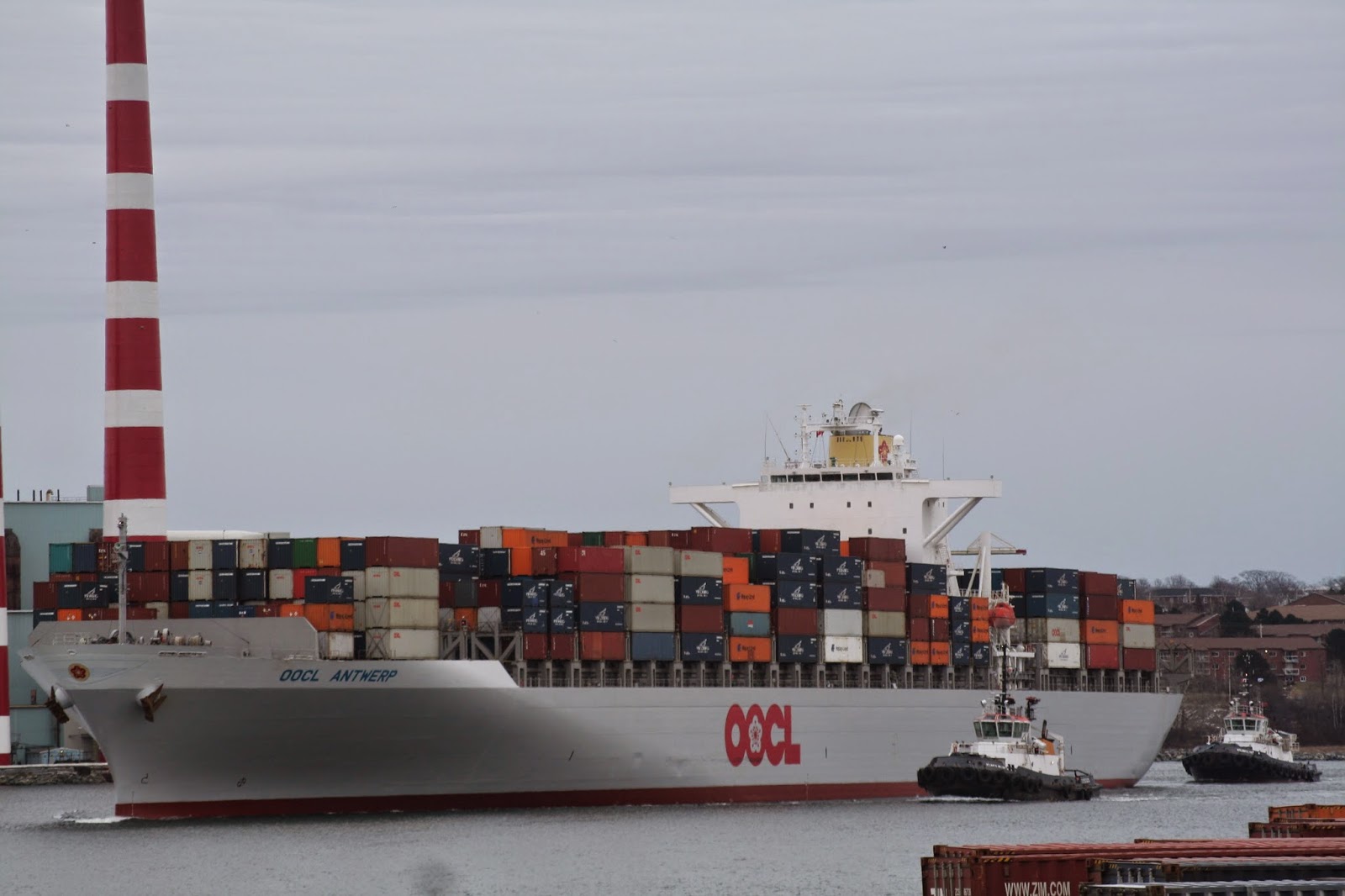 The ULCS is the category of Container Ship capable of carrying 13,000+ TEU. Halifax is likely a number of years away from seeing one of these vessels make a regular call. 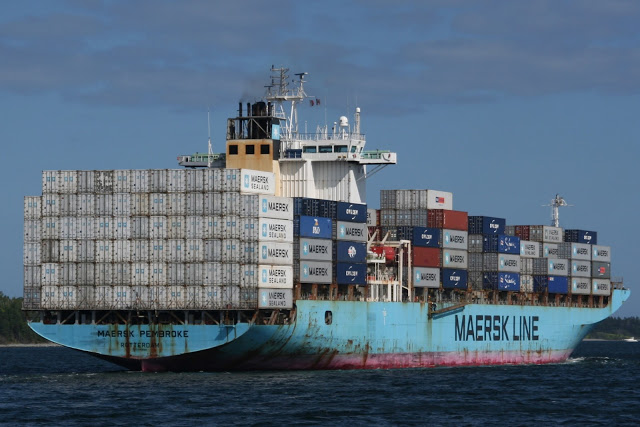 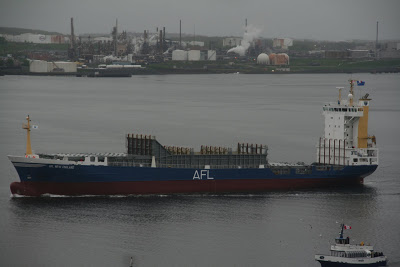 The presence of container guides in the holds typically differentiates Container ships form general cargo. The Guides are easy to see on the AFL New England (Now trading as WEC Majorole) And the Stadt Cadiz (below) Compare the 2747 TEU Stadt Cadiz to the 700 TEU AFL New England. 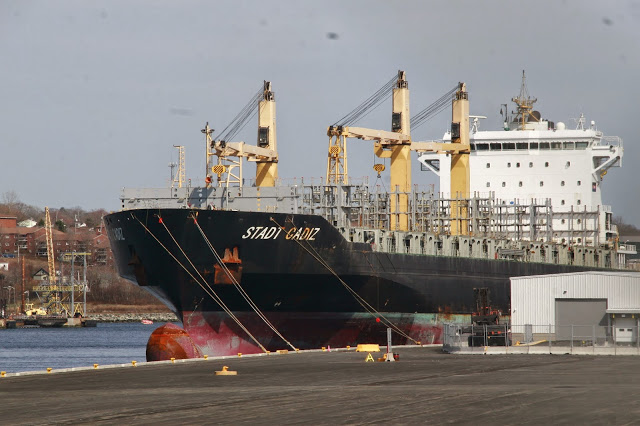 The Stadt Cadiz also carries cranes. this is common, and allows ships to service unequipped ports. If overhead cranes are available, the ship mounted ones are simply swung out of the way. The Melfi Iberia blow shows how versatile container traffic can be. with flat racks, you can ship entire trucks, buses and trailers. 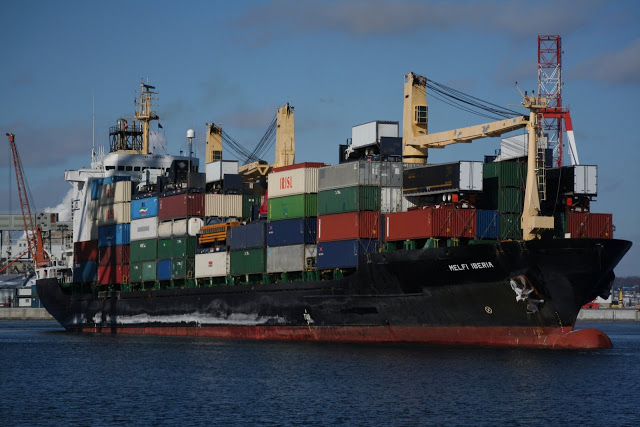