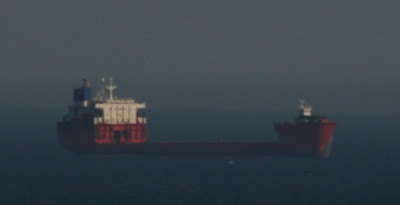 Dockwise Shipping, in company with industry partners, is to transport the drilling rigs Great Drill Chetna,
Seajacks Kraken, Ocean Quest, and Offshore Intrepid to their new assignments in India, Halifax, Brazil and
the Arabian Gulf respectively. On behalf of various other clients and turning to more varied cargo, Dockwise
Shipping has been contracted to transport a dredging cargo to Japan, accommodation jack-ups to
Rotterdam, Derrick and jack-up barges to Angola and Rotterdam as well as patrol boats to Italy. Almost all
projects are for execution in the first half of 2009.

Sept 2020 ship traffic in Halifax. More on the blo