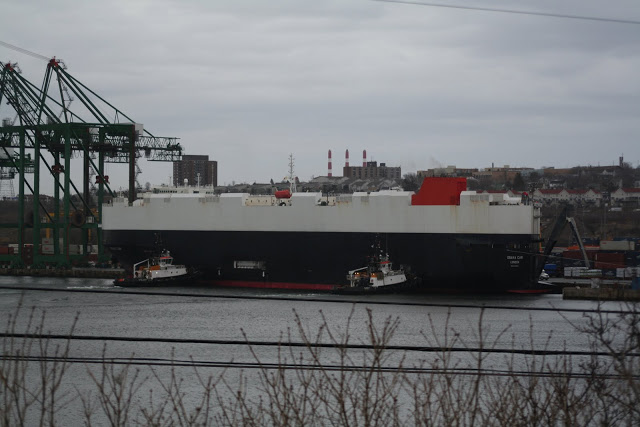 The PCTC (Pure Car Truck Carrier) Osaka Car tied up at Fairview Cove this morning. Typically these vessels carry cars and trucks and tie up at Autoport in Eastern Passage. It is likely she is Delivering some sort of other large cargo, that is unsuitable for the facilities at Autoport. (Which is also occupied by Faust this morning)

ACL offers regular RORO (roll on roll off) service from Fairview cove. You can often see the Large cargoes sitting on the pier, and recently have included everything from industrial machinery to Helicopters.

UPDATE: She sailed just after Noon, As scheduled. 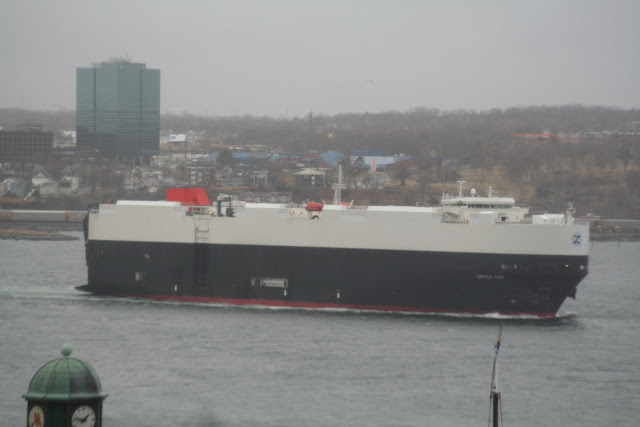