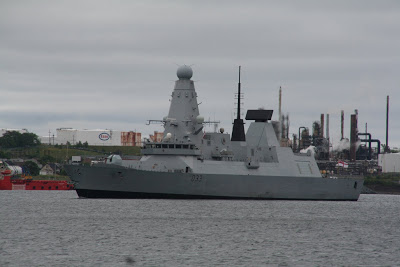 From Wikipedia HMS Dauntless is the second ship of the Type 45 class of air defence destroyer built for the Royal Navy. She was built by BAE, and launched at Govan in January 2007, was handed over to the Royal Navy on 3 December 2009 and was formally commissioned on 3 June 2010 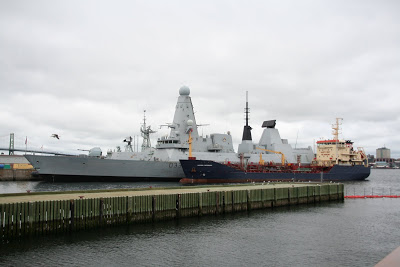 Today’s Visit was a short one, as she took on Bunkers, And departed at 1700. 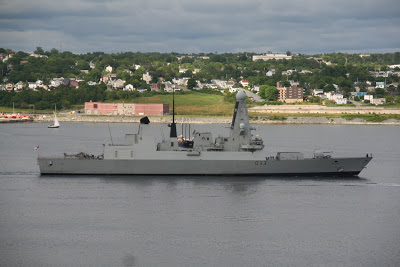