Weather has kept Spotting to a minimum. 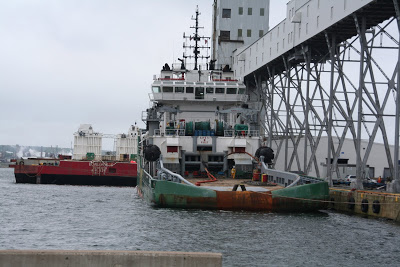 Salvanguard arrived with Boa Barge 36. They are now tied up at pier 25/26.They Were installing the Production Platform for Deep Panuke. 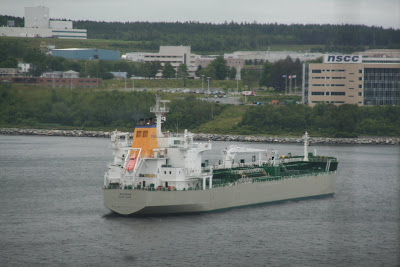 The Tanker Acadian Anchored, then moved to IOL. She departed On Thursday.

The AFL New England Arrived on Wed, and tied up at Fairview Cove, Offloading containers. She loaded today, and is scheduled to sail Today at 15:30 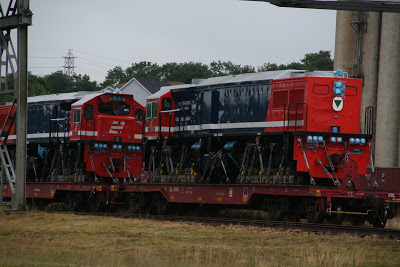 Locomotives arrived at Halterm, So expect a visit from Jumbo Shipping. This load is equipped with “normal” couplers, so I suspect they are for a North American Client. If anyone Trainspotters know what they are, please Comment.
UPDATE: From CP9524 on RailFanHaven.com
“These units are GT38ACe, build at EMD London for PTKA Sumatra in Indonesia. Six units have been ordered and from what I gather all are finished and in-transit.

These are the first units of this model to be built. They feature an eight cylinder 710 and narrow gauge trucks (hence the need to be transported on flat cars). ” 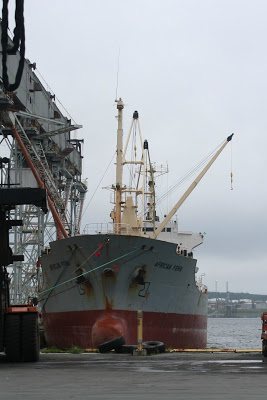 African Fern Tied up at the Grain Elevator. Her Sister African Dahlia was in port a few months ago.

of course, the Usual suspects have all been in Attendance. 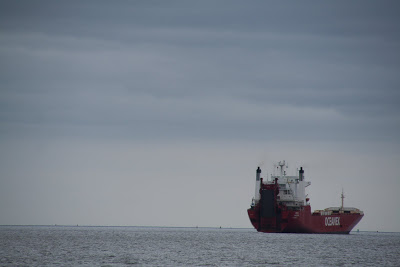 1 thought on “Updates From the Past Week”