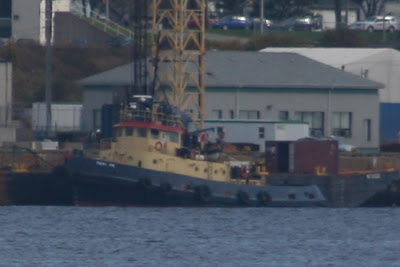 The tug Point Vim arrived this evening an tied up at Woodside.
Point Vim was a tug stationed in Halifax for many years at ECtug, and was sold several years ago, and now operates with the same name out of Newfoundland. Her sister Point Vigour, now operates out of Quebec as Molly M1.

She Sailed at 1700 for Bay Bulls NF. It looks as though she delivered so cargo to Woodside.