As you may recall, the M/V Miner ran aground on the shoals off Scatarie Island, after a towline broke. The ship was uninsured, so the the salvage attempts were called off after removing pollutants at the Taxpayers expense. The Plan was to figure out what to do in the spring. 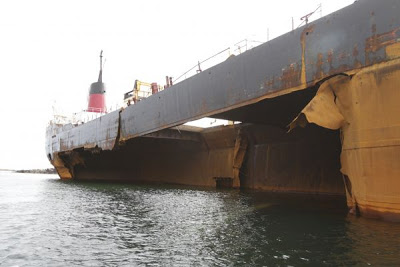