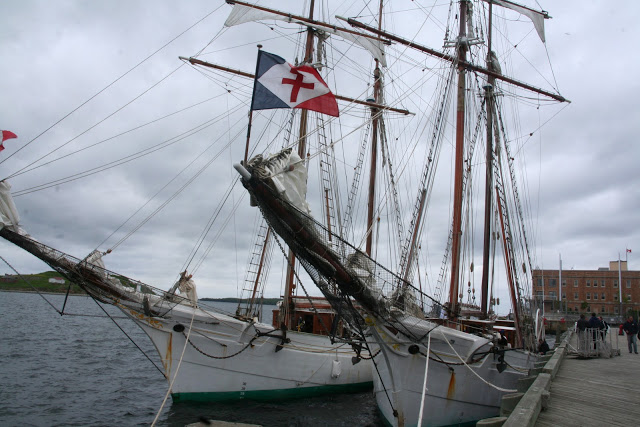 The French Navy sail training vessels Etoile (A649) and Belle Poule (A650) arrived in Halifax this morning and tied up at Tall Ships Quay. They most recently took part in OP Sail events in the US, However are booked for an event in France the week Tall Ships is in Halifax.

Both the Étoile and the Belle Poule joined the Free French Forces during the Second World War, a deed for which they are still honoured by flying the French flag with the cross of Lorraine. They were both Launched on 8 February 1932. 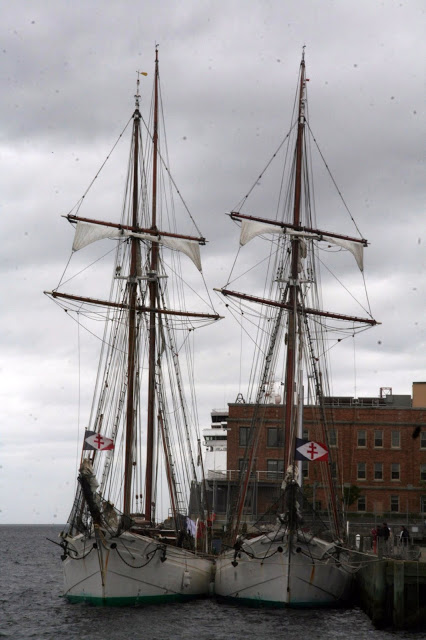