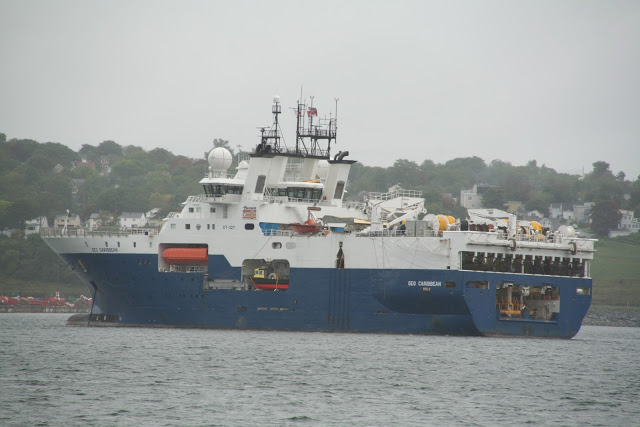 The Geo Caribbean Arrived this afternoon and anchored in the Harbour. She was Conducting Seismic surveys off Newfoundland, and has presumably come to Halifax to Wait out the Hurricanes. She was most recently seen late last week in St. Johns Nfld, and Presumably came to Halifax as the storm is expected to hit that part of Newfoundland Hard.

Thor Omega, Who has spent some time in Halifax This summer, Is serving a s a supply ship to the Geo Caribbean. 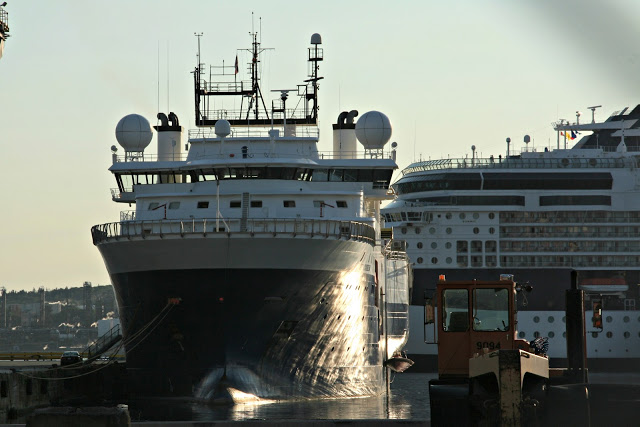