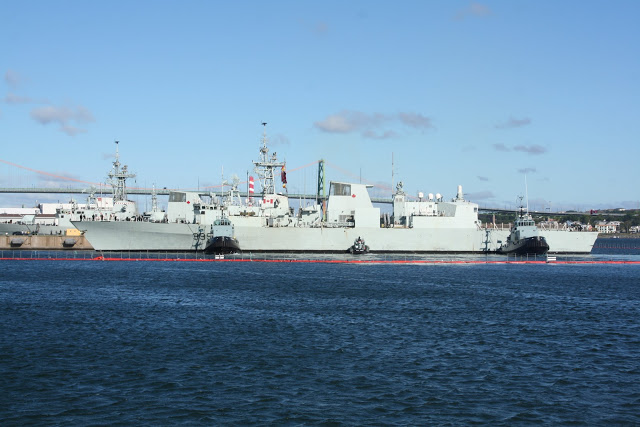 HMCS Charlottetown Arrived back home sometime last night and tied up at Shearwater. today at 10am she made her return after 9 months to the dockyard.

One can imageine that a night spent at shearwater must have been like christmass eve for the crew.
Bravo Zulu, and welcome home!

HMCS Charlottetown was Initially deployed under Operation Metric,as part of the NATO-led Operation Active Endeavour (OAE) – the Mission of Libya. At the end of April 2012, the ship transited through the Suez Canal and joined Combined Task Force 150 (CTF-150).Operation Artemis is the Canadian Forces’ participation in maritime security and counter-terrorism operations in the Arabian Sea region with CTF-150. HMCS Regina, replaced HMCS Charlottetown, to continue Canada’s commitment to Operation Artemis 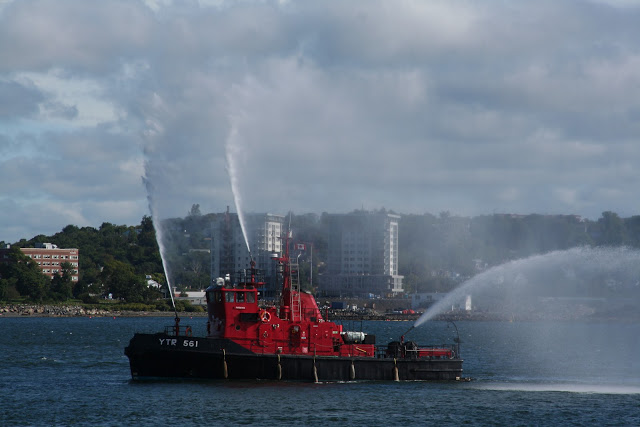 Above- Firebird sprays a Salute.
Below – Crowds line the dock waiting for Charlottetown’s return 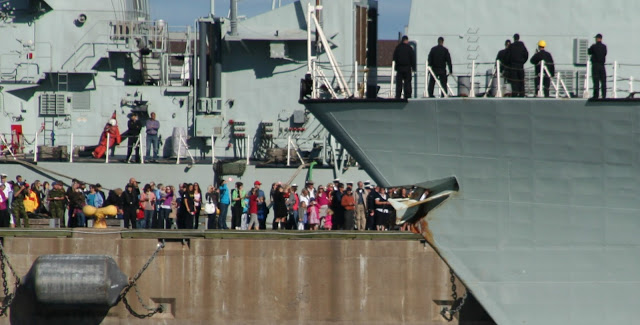 From the Press Release:
“HMCS Charlottetown deployment is a demonstration of our government’s commitment to working towards a more secure and stable world. Our contribution to maritime security and counter- terrorism operations plays a key role in the prosperity of our country,” said Minister MacKay. “Our Government is incredibly proud of the officers and crew of HMCS Charlottetown and thank the families and friends of all those returning today for sacrifices alongside their loved ones.”

“It is an amazing day. I am so proud of my ship’s company,” says Commander Wade Carter, the Commanding Officer of HMCS Charlottetown. “They have worked so hard for so long. And now, finally, to see them reunite with loved ones, is beyond words. I cannot describe how overjoyed I am for them… for me, when you include last fall, it needs to be understood that this crew has effectively been deployed for 10 of the last 12 months. An amazing effort. An effort that could not have been accomplished without the support of strong Navy families. I salute them all. It has been an absolute privilege to be their Captain.”