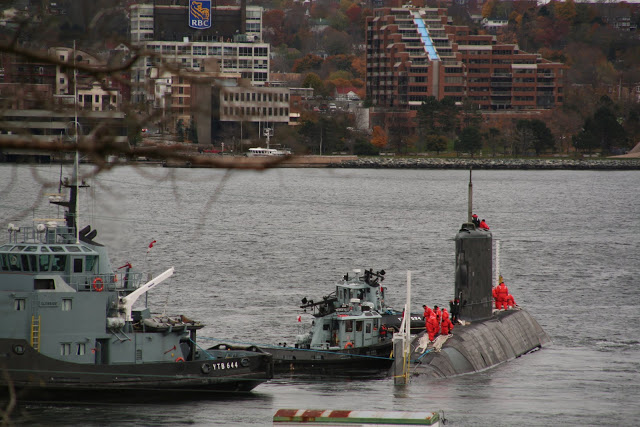 HMCS Windsor coming off the dock for trials. This is her first time away from the dock, since she was  taken off the synchro lift on April 11.  She was Secured to both Sides, for a Camber Dive Test.
The completion of the camber diveis a a critical milestone in the submarine’s work period. A multitude of trials and confidence checks are conducted during the dive to verify the submarine’s watertight integrity and correct functioning of key escape systems.
Below – Blowing Ballast 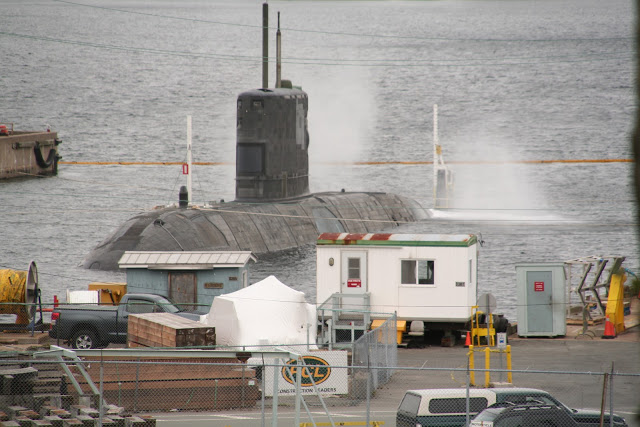 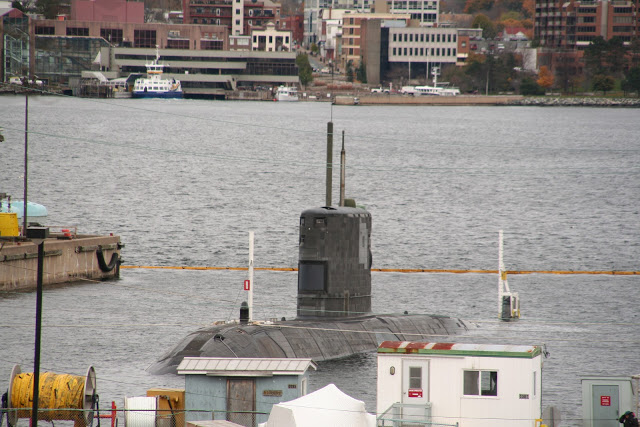 (Below) Decks awash (Above) Stern Going Down 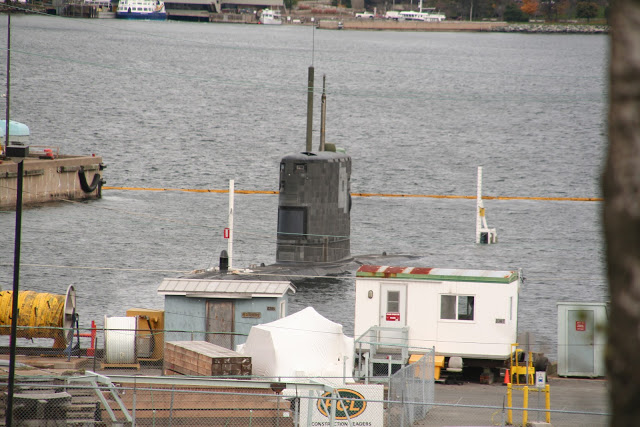 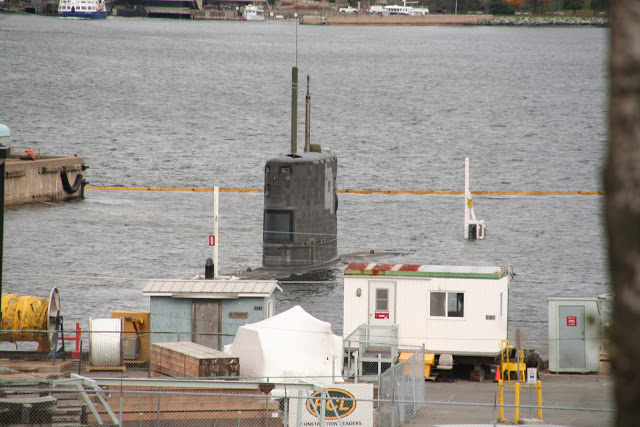 The crew will presumably be looking for leaks, as well as testing the boats ability to come back up.
HMCS Windsor will be the Second Submarine to become operational. HMCS Victoria is currently Operational, and recently participated in RimPAC 2012 and Joint US/Canada Task Group Exercise (TGEX). HMCS Cornerbrook was operational, but was damaged when she went aground. She is up next for refit. HMCS Chicoutimi is In Victoria, Heavily damaged by the fire on her delivery cruise. Work is underway to make her operational.
UPDATE 08/11: She returned to the dock this morning around 0800