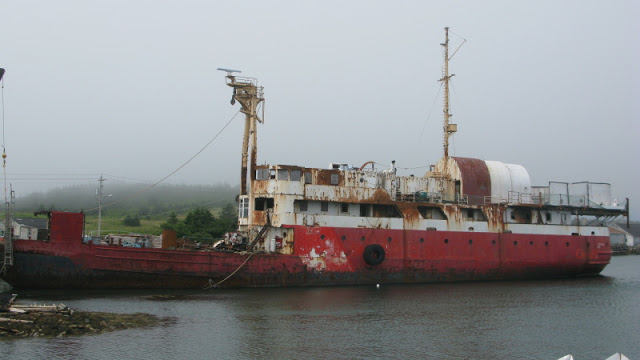 The M/V Caruso was the ex CCGS Sir Charles Tupper, and was tied up at the Dartmouth Marine slips. She Caught fire in Oct 2008, and remained where she was as a hulk, until earlier this year, when she disapered, at least partially due to the Kings wharf development.

She was Towed to Marie Joseph NS, and has been Scrapped.

Photo by gerrard via Shipspotting.com