HMCS Windsor was spotted on trials in the basin this afternoon.
Photo from a reader via the Facebook page 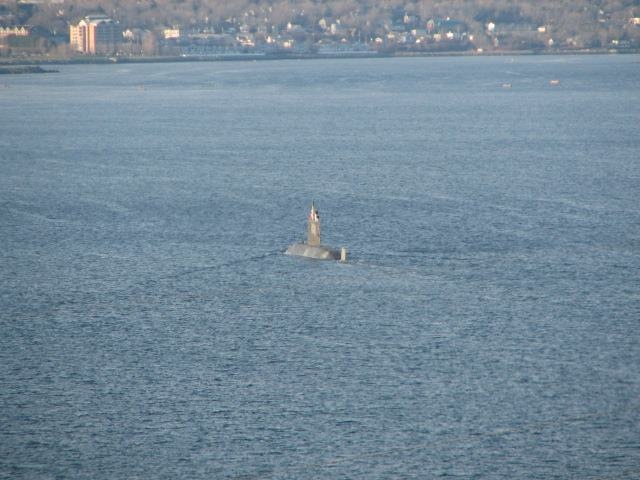 “HMCS Windsor’s return to sea is a key milestone and her crew now embarks on another challenging journey as they focus on operations at sea,” said The Honourable Peter MacKay, Minister of National Defence. “I commend the outstanding efforts of Windsor’s crew, our Fleet Maintenance Facilities and of industry that have brought us to this point.”

“Over the next few months, Windsor will conduct additional crew training and trials on her path to high readiness,” said Vice-Admiral Paul Maddison, Commander Royal Canadian Navy. “This milestone builds on the achievements of HMCS Victoria and is another important step towards the Victoria-class Submarine Fleet achieving steady state.”

With the completion of the Extended Docking Work Period, HMCS Windsor will now conduct a series of sea trials, crew training and certifications to prepare for future operations, a process known as the Tiered Readiness Program. HMCS Windsor’s Tiered Readiness Program will closely resemble the one conducted by HMCS Victoria, the first Victoria-class Submarine to become operational and weapons certified to fire MK 48 Heavyweight Torpedoes.

The Victoria-class Submarine Fleet continues to progress towards steady state when three of four submarines will be available for operations. This will include a high readiness submarine available on both the Atlantic and Pacific coasts, HMCS Windsor and HMCS Victoria respectively, with a third submarine, HMCS Chicoutimi, available at standard readiness. HMCS Corner Brook will rotate into an Extended Docking Work Period in 2013. An Extended Docking Work Period provides the submarines’ 200-plus systems with the maintenance and upgrades needed to conduct operations on behalf of Canadians. 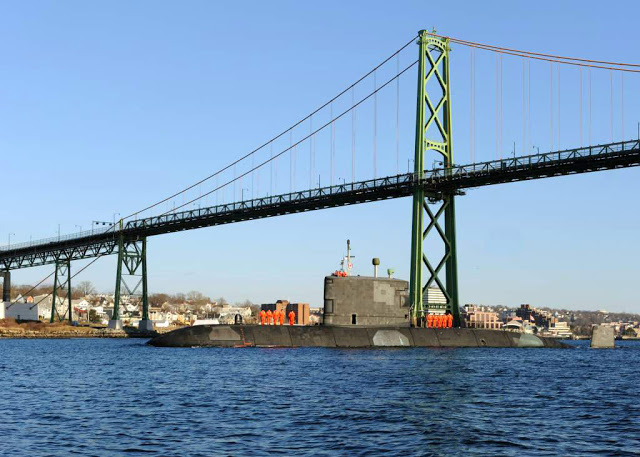