Huskey Energy is reporting that one of its boats has taken the Lyubov Orlova  Under tow.
Huskey is the Operator of the Hiberina platform off Newfoundland, and contracted Atlantic Towing to provide platform support vessels.

As the Lyubov Orlova was adrift without crew, this would count as salvage, meaning Atlantic Towing could file a claim against the vessel to cover its costs for recovery. Given the vessel was sold for scrap, and is likely uninsured, it likely means it is now Atlantic Towings’ to scrap to recover thier costs.

Update via the Telegram
As of 4 p.m. today, the towed MV Lyubov Orlova was 100 kilometres north of Husky Energy’s SeaRose floating production, storage and offloading (FPSO) platform, according to a spokeswoman for the operator.

An offshore supply vessel, the Atlantic Hawk, began towing the previously adrift vessel at 6:15 p.m. Wednesday. As of 10 a.m. Thursday, it was 70 kilometres north of the FPSO platform. 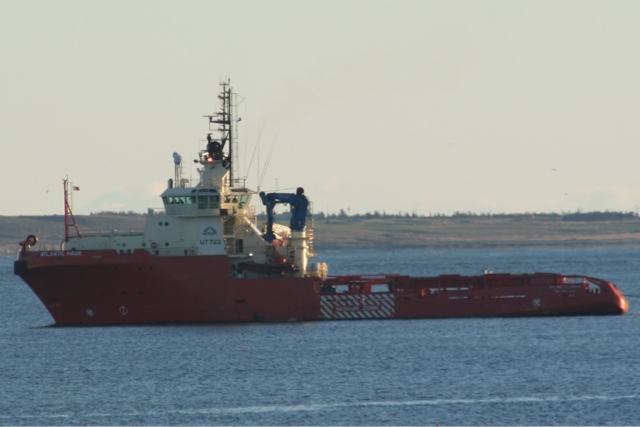 1 thought on “Lyubov Orlova Under control”