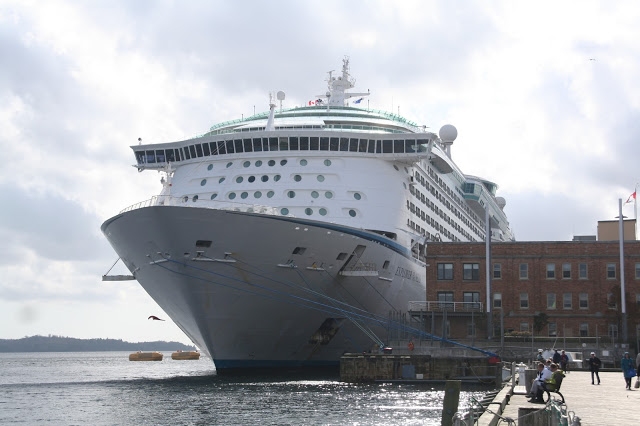 The Port of Halifax will be the first port in Atlantic Canada to implement shore power for cruise ships, beginning with the 2014 cruise season.

I suspect The Port Authority will be the customer to NS Power. They will buy the power at the market rate, mark it up and sell it to the crusie ship, as just another fee. As the Port is the Customer of NS Power the customer is responsible for equipment on thier premise. I see no reason to involve NSP in this Project.

The Question that should be asked of the port however, is why is it not funding the project themselves? They do collect a fee for every vessel and Passenger, which amounts to ~ $30,000/day/crusie ship for a 1 day stopover (Based on 2009 rates).

From the Release:
Shore power is a highly effective way to reduce marine diesel air emissions by enabling ships to shut down their engines and connect to the electrical grid in order to provide necessary power while docked. This initiative represents the second shore power installation for cruise ships in Canada.

Once installed, shore power at the Port of Halifax will have immediate benefits by decreasing cruise ship idling by seven per cent, and will contribute to improved air quality and human health. This percentage is expected to increase over time as more ships equipped for shore power use the facilities. The seven per cent reduction represents an annual decrease of approximately 123,000 litres of fuel and 370,000 kg of greenhouse gas and air pollutant emissions.