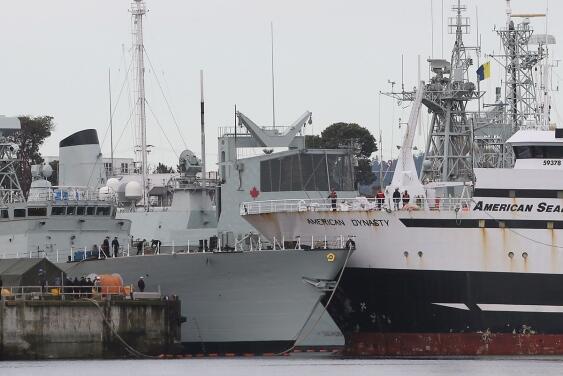 Yesterday the American Seafoods Company trawler “American Dynasty” leaving drydock with 2 tugs, Allided with HMCS Winipeg. It is unclear if American Dynastey was being towed, or was under her own power, as reports vary.

Winipeg was tied up at the a navy Jetty in Esquimalt, and was having work done as part of the completion of her FELEX upgrade. Damage is likely considerable, The American Dynasty has a large tringular shapped dent in her bow.

Not a collision? See This Article at gcaptain

Video of the collision was posted on MARPAC’s Facebook page. Warning, Contains Swearing.

UPDATE: Photos of Damage released by Transportation Safty Board 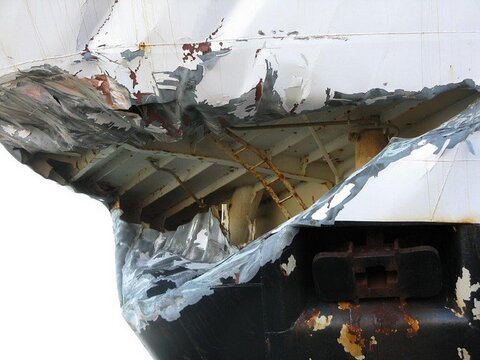 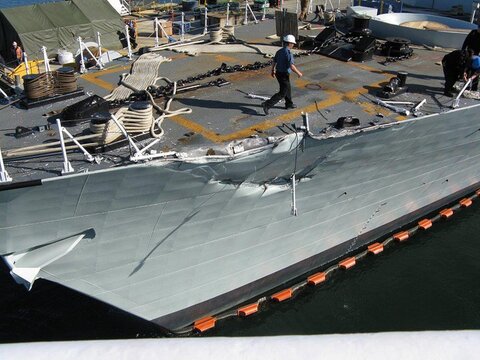 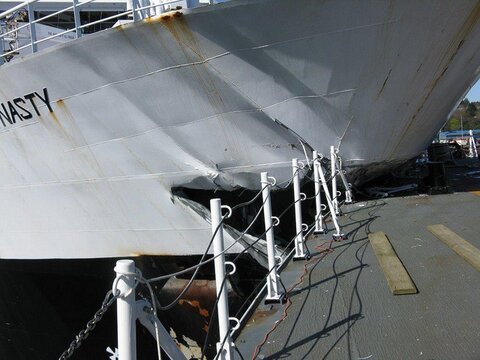